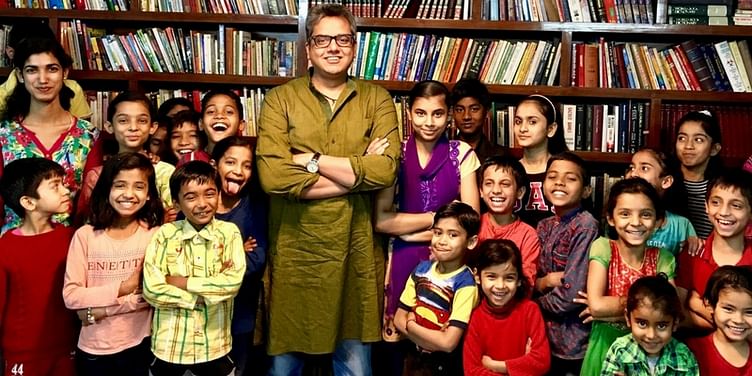 Rahul and Tulika Verma were hit with unfortunate news in 2006 — their son, Arjunuday, had been born with congenital defects and would probably require expensive medical treatment for his entire life. They could picture themselves spending most of their time in hospitals, either for consultations or surgeries.

A feeling of compassion for people suffering the same fate engulfed the couple, and they realised just how important it is for both parents and children, irrespective of background, to have access to quality healthcare.

Arjunuday was initially treated at a private hospital and later shifted to All India Institute of Medical Science, (AIIMS) Delhi, and it was there that the gravity of the situation really hit home. Rahul and Tulika saw patients who, despite being on strong medication, were not able to afford even one nutritious meal a day. The couple began helping these patients in whichever way they could.

Looking at the depression all around them, they decided to do something to honour their son, and that was how the Uday Foundation, for the healthcare of the disadvantaged sections of society, especially children, came about.

It has been 10 years since the Uday Foundation was established, and it is still growing tremendously. Along with the volunteers, two physicians are also actively involved in the foundation. The members conduct health camps and organise disaster relief and emergency response programmes for the underprivileged.

Rahul says they do not depend on donations from the rich. Rather, it is the generosity of the entire city which helps them in their cause. They have an ambulance of their own and also take the children from the OPD out for rejuvenation thrice a week. Storytelling sessions are also organised for the children.

The most important goal of the foundation is to ensure proper healthcare facilities for the children. They also make arrangements for woollen clothes, blankets, and other necessities to help the needy during winters.

The most important thing Rahul has understood over the years is that they are many who wish to offer help and even more who need it. All he wishes to achieve through this foundation is to bring them together.