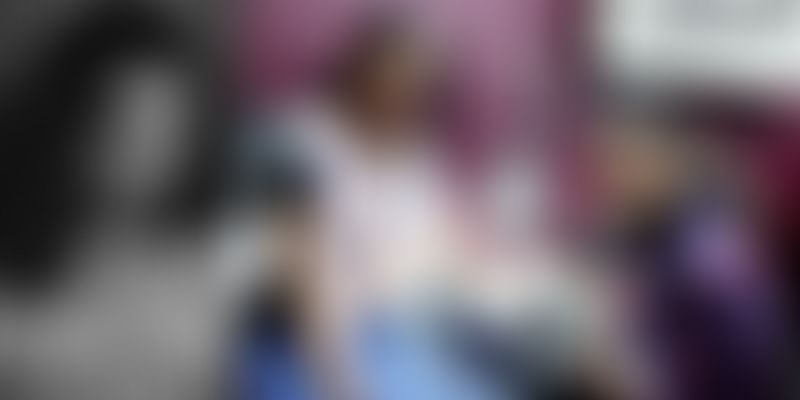 Vikas Malani’s Body Canvas, a tattoo studio that opened in Mumbai’s Andheri in 2003, has branches in Delhi and London today. Vikas specialises in cosmetic and realistic tattoos and facial piercings and has created thousands of tattoos in the span of 14 years.

Vikas Malani’s tattooing journey began by chance when he was spotted by an AIDS charity during a college fest in 1998. They looked at the 36-year-old’s work and proposed to him the idea of drawing similar designs as tattoos for AIDS victims, free of cost. At that time he wasn’t even aware of the art of tattooing but decided to join them anyway.

Vikas was an artist since he was a child: he would doodle, sketch and sometimes participate in face and body painting competitions. Although he had a small stint at tattooing in his college, he could not pursue the art form formally and chose to major in economics as an undergraduate.

Vikas’ mother has been instrumental in supporting him through the journey. “While my dad was not supportive initially and told me that I am becoming a hippie, a junkie, my mother told me to pursue my passion, even if I made just Rs two from it,” Vikas quips.

“In those days it was harder to learn, since you couldn’t just look up a video on YouTube and do it. We used to get the material from abroad, sometimes the delivery of needles and colours would take six months, but slowly things developed,” Vikas explains.

In the initial years, a typical week would go by with one to two orders a week, sometimes also in a month. Today, a typical day at the studio can see as many as 30 appointments. In order to support himself through that time he got a job at a medical firm’s call centre and worked night shifts for nine years.

Body Canvas provides training to aspiring artists; the courses range from the beginner to advanced levels and hope to train the students on different aspects, from running a tattoo business to designing them. Body Canvas is currently training four students to become tattoo artists.

Vikas believes there is a need for a regulatory body that can put down a list of ethical practices for the tattoo industry, since many artists don’t follow any regulations, especially with respect to hygiene. “Not a lot of people take tattooing seriously in our country, even though it is a Rs 1,500-crore-strong business. There are 5,000 tattoo artists in Mumbai alone and over 2,000-3,000 in Goa,” he adds.

It was when Vikas went to Delhi to open his studio that he realised that not only are there not many female tattoo artists in the country, but women with tattoos are often considered to be ‘easy’.

Vikas met a lot of people facing domestic violence in 2014 in the form of his customers. “I noticed some scars and when I asked them they would tell me that they fell, but I knew the kind of scars they were,” he says. From there on, Vikas started helping them out by talking to them, “sometimes for 6 hours.” Counseling sessions with clients has now become a regular affair at Body Canvas. Some customers get tattoos to cover up their post-surgery scars and stitches. Many of them are breast cancer survivors.

In order to encourage women into this art form, Body Canvas’s training programme is available for women at a 50-percent discount. These classes are free for acid-attack victims. Vikas collaborates with Chhanv Foundation, to hold workshops for the survivors to encourage them to take up tattooing as a profession. If they wish, the survivors can also practise tattooing at the Body Canvas studios.

Vikas tells me how his tattoo studio generates employment, not only for artists but also for people who want to do managerial and cleaning work “since an artist cannot work alone”. He wants to help women with no employment to take such jobs at his studio, and Body Canvas is underway to launch such a programme more formally, where older women, typically housewives, can join the studio. “My mother told me that rather than giving someone money it is better togive them a job,” he adds.

Today, Body Canvas has four studios spread across Delhi and Mumbai that employ 18 tattoo artists and eight administrative employees. Vikas estimates Body Canvas’s annual turnover to be around Rs 6 crore in 2017. “We have hired a lawyer, a manager, and a chartered accountant. So imagine, just one tattoo artist can give a job to so many,” he rejoices.

“I have become a better human through my art. I never expected that this will become so big one day,” Vikas smiles.