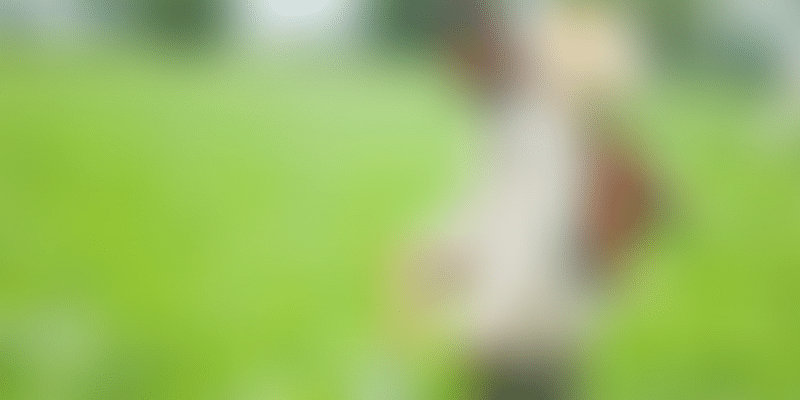 Despite the lack of scientific validation, a curd mixture that uses copper has become popular in many parts of northern Bihar as it has cut cost of cultivation while increasing productivity for many small farmers.

Jagarnath Prasad and Ajit Kumar, both marginal farmers, have reduced the cost of production and increased their income by using a concoction made from homemade curd instead of urea as fertiliser in their fields. Both have successfully increased production of their Kharif and Rabi crops as well as vegetables, litchi and mango.

Jagarnath and Ajit have been using a carefully prepared mixture; curd is mixed into water in a mud pot and a copper spoon inserted into it for 10 to 15 days. This is then sprayed on crops instead of urea or other chemical fertilisers like DAP, potash and pesticides. They also mix it with vermicompost to spread on fields to provide sufficient nitrogen, phosphorous and potash to their crops.

This grassroots innovation of using a dahi mixture is yet to be scientifically authenticated by agricultural and soil scientists.

I have come to know about use of dahi mixture in place of urea by farmers. But I have neither tested its sample in a lab nor can I give authentication till a scientific result is available.

I have to look into use of the dahi mixture in place of urea to verify it personally because it is an interesting one. I have information that hundreds of farmers have been using it.

Jagarnath and Ajit, residents of Machhahi village in Sakra administrative block in Muzaffarpur district, are relaxed and not worried of the cost of production in ongoing Kharif season.

“We have replaced the use of urea with the dahi mixture. It is not only cost-effective but also promotes organic cultivation,” Jagarnath told VillageSquare.in.

“Our production of crops has increased and immunity and life of vegetables have been extended from 25 to 40 days,” Ajit said.

They are two of nearly 90,000 farmers who have been using the curd mixture in place of urea on their fields, mainly in Muzaffarpur and its neighbouring districts of Vaishali, Samastipur, Begusarai and Darbhanga in north Bihar.

Machhahi, like most of the villages in Muzaffarpur, is full of green cover. It has become the hub of this new and innovative experiment thanks to a progressive farmer Dinesh Kumar, who has been promoting its use, encouraging farmers to spray it and use it with vermicompost and providing training on how to prepare it.

All I am doing is popularizing it among farmers free of cost. I started its use in 2011 with 5 or 6 farmers of my village. Now there are 60,000 to 65,000 farmers who are regularly using it in place of urea and pesticides and there are 25,000 to 30,000 farmers who are using it on one crop at least. It is a big success for me and for the growth of organic farming, he told VillageSquare.in.

According to Dinesh, who is head of Machhahi Sakra Sabzi Utpadak Krishak Hitkari Samuh, thousands of members of hundreds of Kisan Clubs and Kisan Samuhs in villages in Muzaffarpur and other districts have been using the mixture in their fields. Happy over the increasing popularity of his dahi mixture experiment among thousands of farmers, Dinesh is planning to give it a brand name.

“In addition to 90,000 farmers using it, we are in contact with around 1 lakh farmers and holding regular meetings with them,” he said.

Dinesh told villagesquare.in that so far scientists at New Delhi-based Indian Council of Agricultural Research (ICAR) and Rajendra Prasad Central Agricultural University, Pusa, in Samastipur, Bihar, have shown interest for a scientific lab test of the impact of the mixture as a crop spray.

A team of agriculture scientists should conduct a study followed by a lab test to provide scientific basis for its use. Once it gets scientific legitimacy, its popularity will grow and it may reduce use of urea to an extent, Dinesh said.

Some women farmers are also happy after they began using the curd mixture. “We have got excellent results from using the mixture,” said Kiran Devi.

Dinesh says crops get nitrogen and phosphorous for nearly 40 days after they are sprayed with the mixture. Only 2 kg of the mixture is required to replace 25 kg of urea.

“In comparison to urea or chemical spray, the curd mixture spray is cheap and proving more result-oriented for us without any side effects,” Dinesh said. “For a chemical spray in one acre of crops, we have to spend Rs 1,100 but only 2.5 kg of milk is needed to prepare the curd at home.”

The curd mixture is easy to prepare. After the curd is ready, a copper or bronze spoon is inserted into the pot containing it for 10 to 15 days. The color of the curd changes from white to green. This is locally known as tutia, which is then mixed with water and sprayed. Interestingly, after water is added to the curd, the butter that is formed is being used as pesticide.

“We mixed vermicompost in that butter and used it on roots and stem and plants,” Dinesh told VillageSquare.in.

Dinesh said about 150 big farmers in Delhi’s Burari Road, Nathupuram, Ibrahimpur, Uttamnagar, Nangloi, Gurgaon, Nazafgarh and Rohini have been using the mixture in their fields after being trained by him.

Unlike marginal farmers, farm houses near Delhi are owned by either big and rich farmers, industrialists and politicians, who are using the mixture in place of chemical fertilisers for organic farming, he claimed.

Disclaimer: This article, authored by Mohd Imran Khan, was first published in VillageSquare.in. The views expressed by the author are her own and do not necessarily reflect that of YourStory.