From tech cog to dance choreographer, Preetham Singh has shimmied his way to success 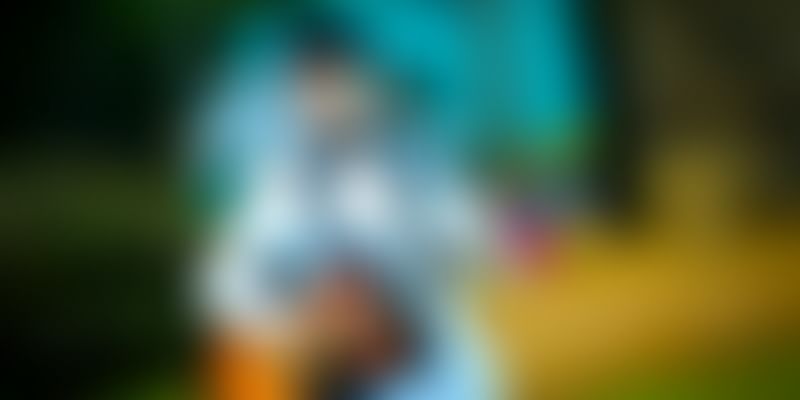 A former procurement specialist with IBM, he ditched corporate life for contemporary dance and choreography. Read his inspiring #PassionToPaycheck story below.

Chat with your average tech professional on the cab ride home, and nine times out of 10 you’ll hear the lament of wannabe musicians, writers, chefs and artists who have traded their dreams and aspirations for uninspiring but safe careers.

Preetham Singh’s story was no different. He had always wanted to be a dancer but, like most middle-class youngsters, he buckled under the pressure of familial expectations. He knew he was a natural ever since Charles Ma, his first dance teacher, ignited his fire for the art form. There was a time when he even considered pursuing a diploma in dance before opted for engineering because he was uncertain of career prospects for dancers.

“Coming from a middleclass Indian family, the world around me [then] showed that the only way was to either become an engineer, a doctor, a lawyer and the like. Dance was to be considered mere entertainment,” he recalls.

And so the usual angst and anxieties led him to get an engineering degree and the usual job hunt after that. But all through, he never gave up on dance, and the fire in his belly led him to start a dance team, Agni. Even so, he dared not take a full-bodied plunge into his passion for the art, forcing himself to go along with the herd.

Sitting at a campus placement interview, miserable and uncertain, he received an unexpected and unforgettable piece of advice. “My interviewer frankly told me I should follow my passion; for he believed I would do better there. I remember walking out of the room with tears in my eyes.”

For a year after that, Preetham struggled to find a steady job. But the one thing that kept him going was dance. “Dance helped me survive, earn, and stay strong financially, emotionally and physically.” He did land a job eventually, as Procurement Specialist at IBM, negotiating and finalising vendors and suppliers for various services. Despite long working hours, he continued to learn as well as teach dance. “I was not happy because my heart always directed me towards dance. Even at work, I used to plan for my dance classes.”

He now wanted to do more: he not only wanted start an academy to teach but also educate people on the importance of the arts like dance. “I worked on the 7 am to 4 pm shift at IBM, and from 5 to 10 in the evenings, I taught dance at centres across Bangalore,” he says, adding, “I was hoping to save for my future project but, and as always, the savings never happened.”

After three years in the corporate world Preetham found himself at a crossroads. He had to take a call – one that could make or break him. “It was the toughest decision of my life, leaving a permanent job and landing on nothing.” But this time he knew what to do. “I always do a better job when it comes to what I love to do over what others want me to do. And I find this incredible sense of peace when you do what you love.”

Success in his footsteps

Armed with a bank loan, he started the Agni Steps Dance Academy (ASDA). Just three children signed up, but it didn’t matter. He was doing what he loved. At the same time, he also began charting his career as a choreographer as he found that limiting himself to dance education was not an option. “Sustainability is the biggest challenge when it comes to a dance academy. We are not educated in how art can transform lives, or how dance can bring a change in an individual as well as the education system.” In order to challenge this perspective, he simultaneously initiated the Creative Dance Education programme that encourages schools to include dance as a course for students’ holistic development.

The idea of ASDA also gave rise to Agni Concepts and Events which offers creative concepts through dance. Today he has more than 30 employees and over 1,000 students on the rolls. With three branches in Bengaluru, ASDA has an annual turnover of around Rs 1 cr.

Also read: From filling cavities to fulfilling cravings, this dentist-turned-blogger will make you go wow

Preetham’s pursuit of excellence is such that it led to an Indian victory at the Dance World Cup in Germany. It was one of the highpoints of his life, he says. “After years of training we have made a mark internationally. ASDA’s Dance World Cup win was like fulfilling one of my purposes in life.”

Looking back on his struggles, he acknowledges it’s not easy to start from the scratch. But, he adds, “If you love what you do, your worries will [bother you] a little less. It might take a while to establish yourself, but you’ll get there eventually.”

He is generous in his praise for his colleagues. “I strongly believe the growth of any organisation is directly proportional to the growth of its employees. A successful company is not a one-man show. You have to nurture leaders if you are dreaming big.”

Today, Preetham the choreographer is working on a plethora of primetime shows, including Dance Karnataka Dance on Zee Kannada, the Sun TV 7up Dance Contest, and others. From a dancer, he is rose to be a trainer, choreographer as well as an entrepreneur.

“I have no regrets over leaving my corporate job as I really feel life is worth living now,” he says happily.