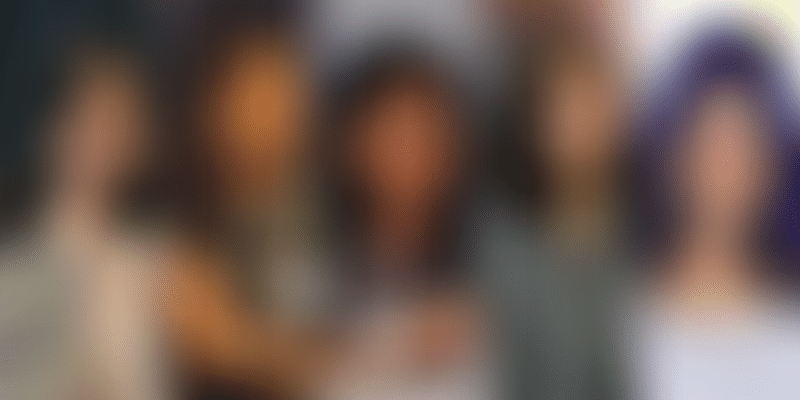 All regular fixtures on the list, Chanda Kochhar laid her claim to a spot on this prestigious list this time after becoming the first Indian woman to receive the prestigious Woodrow Wilson Award for Global Citizenship, joining the ranks of Hillary Clinton and Condoleezza Rice, amongst other things, writes Forbes. The success of another community outreach program spearheaded by her - ICICI Digital Village - was also a contributing factor. Lastly, just this September, Chanda "made history when she took the bank's insurance business public, the first IPO of a general insurer in India," notes Forbes. After receiving a 63 percent hike, she is now one of India's highest paid private bank CEOs.

The next highest ranking India power woman, Roshni Nadar Malhotra has been the CEO of HCL Corporation since 2009 when she was all of 27 years old and became executive director as well, a year later. Besides steering all strategic decisions for the $7.5 billion enterprise, Roshni dons many other hats, including serving as a trustee of the Shiv Nadar Foundation, which has established some of India's top colleges and schools.

Kiran Mazumdar-Shaw, Managing Director of Biocon Limited, also from the tech sphere, has been described by Forbes as "India's richest self-made woman," and the company she founded in 1978 is Asia's largest insulin producer with a factory in Malaysia's Johor region.

Shobhana Bhartia helms media major HT Media - India's largest listed media company - as chairperson and editorial director. Under her tutelage, the business weekly MintAsia was launched in Singapore in 2013 - and the group even bought Webitude, a social and digital media outfit.

Lastly, Priyanka Chopra, an actress with humble beginnings in Bollywood after she was crowned Miss World, has risen to Global fame by bagging roles in multiple Hollywood big banner films and TV shows -including ABC's Quantico, the latest film in the Baywatch franchise, amongst others. is also the UNICEF Global Goodwill Ambassador. She's one of TV's highest-earning actresses and the first Indian actor to lead a drama series on American television. "Passionate about protecting children's rights, she's a global UNICEF Goodwill Ambassador and United Nations Foundation Girl Up Champion, and her nonprofit The Priyanka Chopra Foundation for Health and Education provides schooling and medical care," notes her Forbes bio.

“The 100 women on the list represent a new dynamic of influencers and are transforming industry culture. They’re women who are building billion-dollar brands, calling the shots in the financial markets, and crisscrossing the globe to broker international agreements,” said a Forbes statement issued on November 1.

German Chancellor Angela Merkel managed to retain the number one position seven years in a row and has, in fact, held the spot 12 times in total. UK Prime Minister Theresa May came in second. who is leading her country through Brexit — a historic and transforming time for the European Union.

The four criteria that Forbes takes into account while determining the worthiest candidates are money (either net worth, company revenues, assets under management, or GDP); media presence; spheres of influence; and impact, analysed both within the context of each woman’s field (media, technology, business, philanthropy, politics and finance) and outside of it.