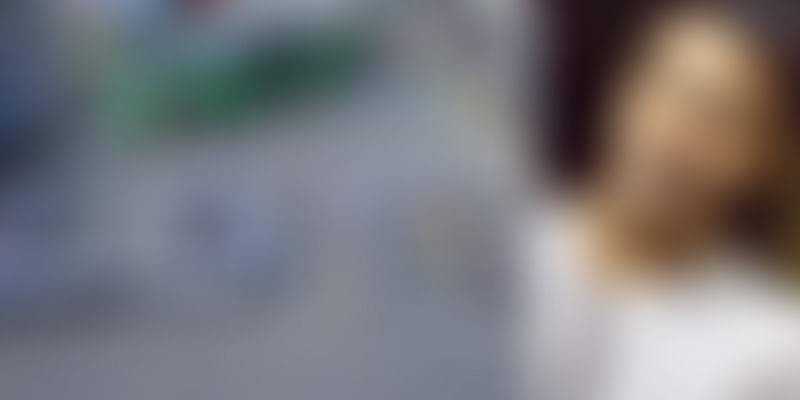 In 2013, nineteen-year-old Anirudh Dutt developed a pastime not common to teenagers. He would walk the streets of Bengaluru looking for the dirtiest areas in the city with the intent of cleaning them, and changing the way residents treat their neighbourhood.

Anirudh soon started a campaign to the streets and corners of the city where garbage had piled up, and support poured in.

Today, his organisation ‘Let’s be the Change’, founded in 2013, has a network of 700 volunteers who, at the drop of a message, wear gloves and reach a trouble spot to clean it up.

Recipient of the ‘Rising Star of the Year’ award in 2015 from the Namma Bengaluru Foundation, Anirudh’s parents—his father is a businessman and his mother is a homemaker--did not catch on to their son’s work every weekend initially. While his batch mates at the Jyothi Institute of Technology juggled between internal assessments and placements, Anirudh reached out to his friends and put forward the idea of a cleaner Bengaluru.

His elder sister, a dentist by profession, encouraged him but elders in the family did not approve, wanting him to focus on studies.

It was my childhood dream to give back something to this society. I had seen a lot of people study here, grow up here, move to other countries and talk bad about my country. So, I wanted to bring about a change to show to them, that it is not like what they think it is, and there are a lot of people who care too.

For Anirudh, the first step was to gather a community that stood for the same cause as he did and reach out to his friends. He formed a Whatsapp group and added five friends who volunteered to join him at the first cleanathon. The second step was to hunt down a spot to clean and the group zeroed in on KR road.

KR road cleanathon was indeed a special one. It was on a trial-and-error basis. It was very new and it felt great when we saw what it boiled down to.

2017, Anirudh and his volunteer partners have conducted 250 cleanathons, cleaning up 98 different wards. The group conducts 3 cleanathons every months

Let’s be the change

The city of Bengaluru accumulates 3,500 tonnes of garbage every day, and its disposal and management are a growing concern. With this, what started as a weekend activity for Anirudh, eventually led to the founding of Let’s be the Change (LBTC). The organisation aims to mobilise responsible citizens to contribute to the cleanliness of their neighbourhood.

A non-profit organisation, LBTC organises fundraisers and seeks donations to manage its logistics. Volunteers work closely with local corporators and other civic officials and around 700 of them, mostly students, are part of the network.

The ‘black spots’ that the organisation takes up to clean and beautify are mostly chosen by the Bruhat Bangalore Mahanagara Palike (BBMP), which also assigns workers to help the volunteers. The garbage collected is taken by the BBMP to segregation points.

While LBTC collaborates with different MNCs, schools and organisations, support from bodies like the BBMP and the NBF (Namma Bengaluru Foundation) remain its strength.

The LBTC community only works in Bengaluru at present, but it plans to expand its reach to other regions across Karnataka soon. Apart from cleaning a certain area, volunteers also sensitise BBMP workers and residents on segregating waste.

Though most activities enable constant dialogue, often, the lack of citizen involvement becomes a loophole. To this Anirudh says,

After most of cleanathons, we connect our volunteers to the BBMP to make sure the place isn’t littered again. Though most residents are least bothered about waste, and tend to blame other parties, we create awareness regarding waste, cleanliness and waste segregation and its importance. We can say that educating the younger bunch has a lasting impact.

Bengaluru is divided into 198 wards and 94 have LBTC volunteers. The volunteers engage with local residents on public holidays and weekends, concepts like 2bin1bag, dry and wet waste segregation. Most ward leaders are connected via a Whatsapp group.

As youngsters at the LBTC community work to clean Bengaluru, what inspires them is the impact they can make one step at a time, and new volunteers join in at every step.

Most times, after a successful cleanathon, the organisation receives numerous queries with residents asking if their apartment or area can adopt something similar. On receiving such requests, LBTC volunteers take on activities to sensitise people so as to help them make a difference.

The common man’s attitude towards such an initiative is what inspire us. We encourage any kind of participation. Be it volunteering or funding or sponsoring. Our volunteers inform us about blackspots when they come across it. We discus about it, call the respective authorities, get all the requirements, involve the localities and finish it.

Anirudh has also been awarded the national ‘Yuva Chetna’ award by Youth for Seva.

A fresh civil engineering graduate, Anirudh gives talks at various platforms inspiring citizens to bring about changes that would make the city a cleaner place. Anirudh is also working on a few government projects in the field of waste management and rain water harvesting.

The experience with these awards has been tremendous. I have been able to reach out to more people and inspire them. Socialising with a lot of other major players is a plus point.

As we wind up the story of the young man looking to restore the beauty of the city known to all as the ‘Garden city’, one has to accept that today’s India is powered by the youth like Anirudh.