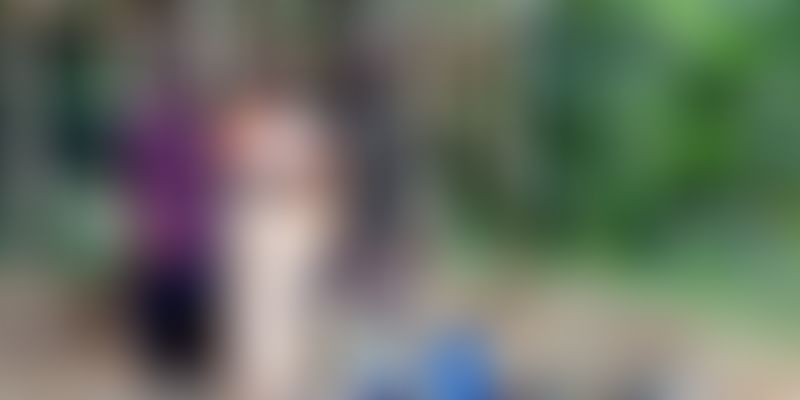 With the rapid increase in pollution and unhealthy lifestyles becoming the norm, much has been spoken about escaping concrete jungles. While not too many of us actually do anything about it, there is a village in Kerala's Palakkad district, along the Bharathapuzha river, where people really have adopted a natural lifestyle.

Mohan Chavara, a sculptor, and his wife Rukmini, the principal of a nursing college, had long dreamt of living in a wooden house of their own, far away from the city. About four years ago, together with 14 other families also looking to adopt a new way of life, they purchased two and a half acres of land 10 minutes away from Mannannur railway station.

The community formed by these 15 families has strictly committed to an organic style of living, where they grow their own vegetables and fruits and shelter domestic animals.

In an earlier chat with The News Minute, Mohan had said,

"Once the village is established we will have a lot of visitors. So, we’ve planned for a guest house. We will also have a community kitchen so that all the families can cook and eat together. Let the coming generation know the liberty of being with a community, rather than staying in flats."

Mohan asserts that there is no point living in luxury when one's health is at stake. "We should have a community to live healthy and children should grow up loving nature," he said.

Mohan and Rukmini have two daughters — Surya (18) and Sreya (11). Surya had serious doubts about giving up her life as she knew it and moving to a village.

She told The Times of India,

"That's when my parents told me that there's more truth to be unveiled in this world. I took the final call, though I had initial apprehensions about the school certificates and future. But there was no looking back after that."

Sreya, on the other hand, is glad to be out in the real world. As she has dyslexia, she had always found it hard to keep pace with academic demands, and the teachers had been ill-equipped to help her. Having mastered the art of stitching, Sreya told The News Minute,

"Now I know how to grow paddy and vegetables, rear cows, to stitch, and many more traditional jobs too. In school, I was not able to learn all this."

The girls travel all over Kerala to learn about different cultures and people. With their father's help, the girls are also able to sculpt and are learning several other art forms. Pointing to a peacock figure on the mud walls of their house, Sreya proudly said, "We all did this together. Doesn’t it look good?"