How I had a Rs 40,000 all-cash holiday in the digital wallet era 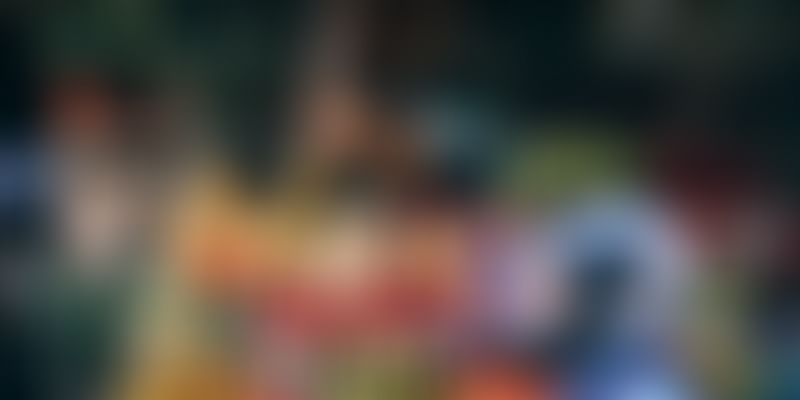 Almost a year after Narendra Modi’s demonetisation move, Indian consumers have learnt the importance of multiple payment options. But do small merchants agree and does it work in Tier-2 and 3 cities?

It is the end of the month and like after every holiday I feel I have spent a lot. But this time I seem to have spent more. Well, in retrospect, Rs 40,000 spent in cash over a week is definitely a bit much. Thinking back I realise it all started on the day I headed from Madurai to Rameswaram and nearby villages.

With my feet sprawled on the dashboard and rejoicing the simple joys of a road trip, I felt nothing could go wrong. Deep in thought, I hear my mother ask a question. “Do you have cash with you?” she asked. I gave it a thought and realised that I had a few hundred rupees and was well armed with my cards and trusted wallet apps.

Why would I need the money? Carrying cash can sometimes be truly cumbersome. “It is always better to carry cash; what if you can’t use online or digital means of payment?” says my mother, genuinely concerned.

Ironically, this was a few weeks before the “anniversary” of demonetisation, one of the biggest social experiments that any country could’ve gone through. I hear myself telling my mother: “Don’t worry Ma, everybody nowadays uses Paytm, everybody has UPI; cash transactions are limited.”

I didn’t realise that I would soon get a lesson on “real India”.

After parking our car, the first order of business? Taking a taxi to a small town near Madurai. Now while Ola is operational in Madurai, their out-of-station service isn’t functional yet. So Ola Money is clearly no use at the moment. And Uber anyways doesn’t have an outstation facility.

Sitting in a cab after haggling for the price of a two-way journey, I ask the cab driver: “Would you happen to use Paytm?”

The cab driver gives me a baleful look. “Please withdraw cash at the nearest ATM,” he tells me.

Hunt for the nearest ATM

And so my ATM runs begin.

I am clearly living the report. The Rs 7,000 I withdraw exchanged hands faster than I could imagine. Thankfully, unlike last year this time, there are no longer serpentine lines along ATMs; bank officials no longer have to write or talking about the harrowing tales of the cash crunch.

With a smile I remember that on November 8 last year I was in Delhi, sitting in my hotel room at night and wondering why my phone just wouldn’t stop beeping. There were Whatsapp jokes on how India wanted to outwit the US presidential elections to memes on the currency ban.

By late that night the ATM outside the hotel was jam packed. I gave my three 1,000-rupee notes and two 500-rupee notes a look of dismay. And then began the regular jugaad and phone calls.

The aftermath was evident. Stories of waiting in ATM lines, the farmer deaths, talks about black money, the sudden growth of the wallets like Paytm, Mobikwik and FreeCharge.

In retrospect, I realise that living in a city like Bengaluru, and spending close to three-quarters of my life in the areas of Indiranagar and Koramangala, I have been a frog in the well.

In the present and intrigued, I ask the driver whether he has or uses Paytm? He smiles indulgently and answers: “There are ATMs and there is no need to use Paytm. I have Paytm but don’t use it. What if the money doesn’t come on time? There is no guarantee; network doesn’t work here most of the times. It is simply a waste of time.”

There lay the main crux of the problem – infrastructure. But that doesn’t stop people from using technology. The driver is on Whatsapp; there are women in Dharavi slums who use Whatsapp to sell handmade crafts and augment their income.

I probe further. We have just stopped at a small highway store to replenish our supply of water and highway snacks. This time when I asked if the shopkeeper had Paytm or any other UPI, he – and the few people standing around the store – look at me as if I speak in an alien language.

Sighing, I pay another Rs 120 for my goods and tell him that after demonetisation he can even take money from me on Whatsapp.

His answer: “Isn’t cash easier? Twice I tried these UPI and wallets. The money simply did not reach and we are a highway store. Waiting for payment or even looking for the car again isn’t possible.”

I have roughly shelled out Rs 7,500, including toll payments, just on day one. The situation reminds me of Hong Kong-based Octopus Card, which was launched in 1997. A metro fares card, which is today believed to be used by 95 percent of the population to pay metro fares, this card also can be used at convenience stores, gas stations, supermarkets, car parks, and has several use cases.

My Bengaluru Metro card, meanwhile, just sits in my wallet because its use remains limited to paying for metro rides.

Meanwhile, in April 2017, the comparison between the six-month gap showed that ATM transactions grew faster than PoS terminals.

Manju Agarwal, Deputy Managing Director, Corporate Strategy and New Business, SBI, during demonetisation stated that in the week after demonetisation, their Point of Sale (PoS) machines across the country witnessed over 10-12 lakh daily transactions as opposed to 3.5 lakh transactions before the announcement.

Also, it isn’t like there aren’t downloads of usages of the wallets and UPI systems.

A report by Kalagato, a research firm, shows:

Reach of P2P payments in Tier-2 and 3 cities:

As of April 2017, RBI data showed that Rs 2,171 billion was withdrawn just via ATMs. UPI transactions at that point were at Rs 22.41 billion, meaning that UPI replaced cash by one percent.

When will demonetisation happen next?

We have stopped to stretch our legs, and there’s a corporate bank on the corner. So apart from drinking nariyal pani, (which I paid for in cash; in retrospect, even in Bengaluru I use cash at roadside stalls) I decide to chat up the bank tellers at the counter. They might have some “fond memories” of demonetisation.

Smiling over his lunch box, the intrigued man says, “Don’t write my name in your paper.” And then he goes on to reveal how the queues wouldn’t end and people would still squirrel away money.

“While today there are no queues, a few people nevertheless want to know beforehand if any other demonetisation drive will happen. But madam, having money in the wallet is better than just having a random number on your mobile, no?” the manager asks.

When I say money is money, he has a ready answer.

“Nothing like in hand, right? What about sudden cases and emergencies?”

Clearly, a mindset shift is needed.

NPCI data showed that as of May 2017, BHIM had over 14.54 million downloads. But the downloads don’t match up to the 300 million smartphones in India. From hotel stays to restaurant food bills to other miscellaneous expenses, either the machines refused to accept my card or the staff didn’t care much about digital payments. Also, in most cases there seemed to be more feature phones than smartphones.

“I just need to call home to see if my kids are home and if my husband has eaten. Why do I need a fancy phone? You city people think just a few numbers will solve all problems, but life isn’t like that,” a vendor told me.

While we are definitely moving towards a digital economy - people are aware of digital payments – the mindset definitely needs a big shift. Will we see that in the next 12-24 months?