From embracing criticism to getting enough sleep: 10 lessons from Arianna Huffington's journey 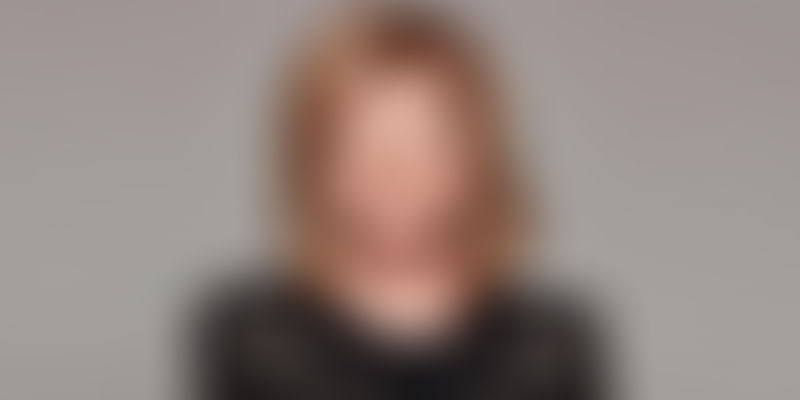 A woman of many talents, Arianna Huffington has donned multiple hats, but the most prominent of them have been an entrepreneur, author, politician, and most importantly, being a mother. All these different roles took her through varied emotions and experiences, but she always emerged on top ready for the next battle, with her wit and courage in tow. So for all those looking to reinvent themselves in this era of fast-paced lifestyles and cut-throat competition, Arianna’s words can help steer your path ahead.

Life offers lessons at every juncture, so explore them

When Arianna moved to London at the age of 16, her entire life was a clean slate. As she pursued Economics at Cambridge University, she closely observed the British culture and its impact and drew from its literary history to nurture her own writing. Undoubtedly, it was a tough call, especially as she was an outsider and had almost no academic background in creative writing. However, she wasn’t cowed down by the new world she was thrust into, rather using the exposure at her disposal to improve. Even today she believes, “We need to find ways to renew ourselves if we are going to be creative leaders.”

Speak your mind and stand your ground

It is important to stand by what you deeply believe in. When Arianna wrote her first book The Female Woman in 1974, she criticized the entire organic growth of women’s liberation movements and how they would “eventually destroy society”. Without mincing words, she predicted their detrimental impact on feminist movements. As a result, she was widely criticized for speaking from a privileged position, but it didn’t jeopardize her opinions and she stood her ground.

Learn to relax and detach in times of extreme stress

Learning needs to happen through multiple sources and not one. One of the best ways to learn is from observing other leaders, or role models. Arianna, upon observing Bill Gates and Steve Jobs, realised how the two tycoons would detach from the system when in chaos or extreme stress. This hibernation of sorts helped them renew themselves, recharge their batteries, and start afresh. It also endowed them with the strength to scrutinise from a third-person perspective.

This is why she states, “To be your most productive, your most effective, and your most creative as a leader, you must allow time to renew yourself…If you define these (wellbeing) strategies as ‘slowing you down’ you are never going to do them…It’s really not slowing down, it’s making your life and your work more elegant, more effective and productive.”

Unlike other authors who stick to one genre, Arianna experimented. In her writing career, she wrote biographical, nonfiction, and political books. Some of them were Thrive: The Third Metric to Redefining Success and Creating a Life of Well-Being, Wisdom, and Wonder, The Sleep Revolution, On Becoming Fearless, How to Overthrow the Government, Third World America: How Our Politicians Are Abandoning the Ordinary Citizen, The Gods of Greece, and others. The sheer variety of titles and subjects symbolises how she refused to be restrained in acquiring knowledge. This beguiling curiosity led her to conquer different fronts of entrepreneurship as well.

Redefine yourself if the need arises

An established writer and entrepreneur, Arianna did not shy away from throwing her hat in the political ring after she developed an understanding of American politics. In fact, she ran for the prestigious post of Governor of California against heavy-hitter Arnold Schwarzenegger in 2003. Though she didn’t win the Republican ticket, her stand on politics changed, and so did her party allegiance to the Democratic leadership. Be it politics or business leaders, Arianna strongly believes, “We need to accept that we won’t always make the right decisions, that we’ll screw up royally sometimes – understanding that failure is not the opposite of success, it’s part of success.”

Your passion will mould your legacy

Her drive to succeed was in most part nurtured by her early passion for writing. Even when she was starting out, she had multiple rejections from different publishers, but that didn’t deter her from publishing her initial books. When Arianna founded The Huffington Post in 2005 – along with Andrew Breitbart, Jonah Peretti, and Kenneth Lerer – it was mostly a counter-platform to the Drudge Report. Today, however, this liberal commentary/blog outlet has grown from strength to strength and even won the Pulitzer Prize in 2012. All of this stems out of her belief in creating a legacy which people can connect to and draw inspiration from.

Philanthropy is not just charity balls, but lending your voice to the voiceless

Someone who has been an active philanthropist, Arianna believes in using her success to give voice to various causes. For example, she is one of the members of ‘One Young World’, a UK-based NGO which focuses on leadership for the pressing issues of today. Arianna has spoken in the delegate conferences in Johannesburg and Ireland about what success means and how it should be defined.

Want to prevent burn out? Then you better sleep

In 2007, when Arianna was under extreme stress and pressure, she literally collapsed on her office laptop, damaging her cheekbone in the process. While running from hospital to hospital for consultation, she started asking a lot of questions about her lifestyle. She realised how sleep played a pivotal role in making sharp business decisions, and relaxation was mandatory for one’s personal growth. The problem of sleep deprivation, she later found, was something that plagued professionals from all sectors, and she addressed the issue in her book Sleep Revolution. She has been a vocal proponent of the need for sleep in every professional’s life.

Take stock of your criticism

Be it in her writing styles or politics, Arianna has always been massively criticised. When talking about how to handle it, she does not believe that one needs to have a thick skin. Instead, she believes that one should have the capacity to learn from criticism, no matter where it is coming from.

When it’s time, you let go and move on

When you are in the centre of everything that takes place in your startup or office team, moving on to a new venture or project is always a massive effort. But when the time comes, you need to make that decision and move on to better and newer challenges in life. That’s what Arianna faced when she decided to leave HuffPost and start her venture with Thrive. In an exclusive interview to YourStory, she shared her experience of undergoing this transition.

As one of the most powerful women leaders and entrepreneurs of our times, Arianna’s life and the lessons she imparts arise from the very real hardships that she has faced on her journey. These are indicators of what it takes to succeed, and how one must prepare to fight the tough battles that life throws in the process.