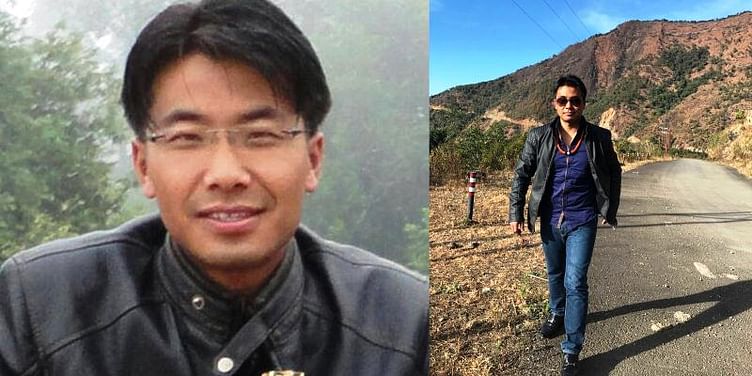 Popularly known as Miracle Man in Manipur, IAS officer Armstrong Pame's first claim to fame was when he got a 100 km stretch of road constructed in the state in 2012, and this, without any help from the government.

Since then, Armstrong has kept busy with his many initiatives, a recent being when he decided to invite 10 students from fifth to tenth standard for dinner every week to give them a glimpse in the life of an IAS officer. The students are selected from a number of schools in the district.

In 2012, Armstrong was nominated for the CNN-IBN Indian of the Year Award in the Public Service Category. He was conferred with India's Most Eminent IAS Officer Award in 2015.

Armstrong graduated in 2005 from St Stephen’s College Delhi, and then decided to appear for the Civil Services Examination. He cracked the examination in 2009, and was posted as Sub-Divisional Magistrate in Tusem, Manipur.

In the remote areas of Manipur, the two villages of Tusem and Tamenglong were inaccessible because there were no roads. Today, the 100-km road is known as the People’s Road, and the entire credit for its construction belongs to Armstrong.

With no road, connectivity to the two villages was a huge problem and the locals had to either walk for hours, or swim across the river.

Once Armstrong decided to get the road built, he wrote to the government of Manipur, but was refused funds. This, however, did not deter his plan and Armstrong began gathering support through social media, and received more contribution than expected.

Armstrong collected Rs 40 lakh for the construction of the road. Overwhelmed by the contributions, he put in Rs 5 lakh from his own pocket.

The road also connects Manipur with the states of Assam and Nagaland.