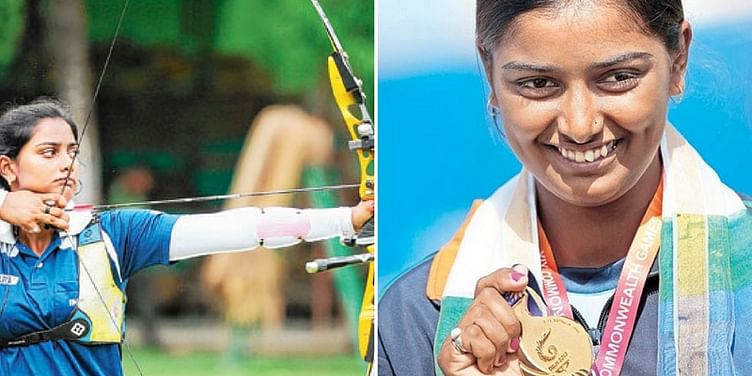 Deepika Kumari hails from Ranchi, Jharkhand, where her father works as a rickshaw driver. The 23-year-old fell in love with archery as a child, but could not ask her parents to support her dreams, especially when they were struggling to make ends meet.

She took to practising with a wooden bow and arrow, using mangoes hanging on the trees as targets. Today, Deepika is World No 5 in Archery. She held the World No 1 position in 2012 when she won the Archery World Cup.

Deepika touched a proper bow and arrow for the first time when she joined the Tata Archery Academy in 2006. Shortly after, she won the Junior Archery World Cup, becoming only the second Indian to win the title. She also won the Commonwealth Games in 2010 in New Delhi, and followed it with several other international titles.

Despite being a child prodigy, her family accepting her sport was not easy for Deepika. Her father did not understand her potential in the initial days, according to The Wall Street Journal.

She struggled on, and eventually won her father's appreciation.

After defeating Korea's Lee Sung-Jin in 2012 Archery World Cup, she became the first Indian archer to attain the World No 1 position. At present she is ranked World No 5.