Diversity and inclusion: how workplaces across India embraced change in 2017 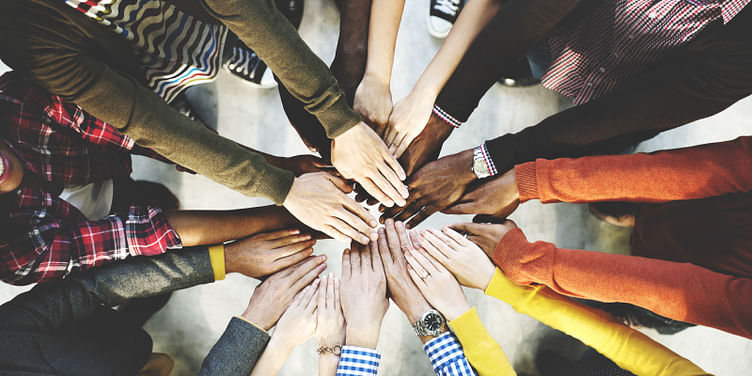 However, it would be premature to believe that the battle has been won. As the recent controversy over the Google anti-diversity memo showed, intolerance and narrow-mindedness continue to be a problem in many organisations, large corporates and new startups alike. Therefore, it is heartening to read about companies that have taken the lead in the fight for gender diversity and inclusion in their offices.

From leading corporate setups to nascent startups, several Indian companies implemented projects and policies in 2017 to develop more diverse and inclusive work environments. We take a look at some of the key initiatives:

In the corporate setting, multiple organisations showed the way this year by taking up the mantle of gender diversity. From creating new policies to improve growth and development opportunities for women employees to increasing female presence in boardrooms, corporate India appears to finally be taking the stand for more gender diverse workplaces.

Around Women’s Day 2017, Vodafone launched two significant initiatives to increase women’s participation in the workforce. The first was the Vodafone ReConnect programme to bring women back into the workforce after a career break. The policy enables these women to work either full-time or on flexi-time.

Genpact’s long- and short-term hiring and promotion goals form part of its diversity and inclusion policies, which in turn ensure a robust pool of women within the organization.

Genpact’s signature Career 2.0 programme is a unique initiative to bring women back to the workforce after they take a career break. This talent pool is a crucial one. The lack of childcare and support during maternity in India often forces women to take a long break from their careers. By the time they are ready to return to the workforce, the high levels of competition get in the way and those who took no breaks often get preference over them. Career 2.0 is an effort to change this by prioritizing and sensitizing employees towards recruiting women who are on a career break.

Nestle India has tried to resolve the challenges of women in the workforce with culturally nuanced policies that include 24 weeks of paid maternity leave instead of the previous 18 weeks, six weeks of adoption leave, and allowing women in field roles (sales and nutrition) the option to work within the organization for one day before accepting the employment offer. This ensures that women see more than just the policies on paper and are able to make an informed decision.

Nestle took a second look at its hiring policies in order to ensure better representation of women in the workforce, both in campus recruitment as well as lateral hiring. The company also runs ‘Project Harmony’ to increase diversity in business operations, factories, R&D Centres, as well as offices.

SAP Labs has a sound diversity and inclusion initiative in place focusing largely on gender diversity. Their generous maternity leave is followed by an additional 16 weeks of extended leave. They also have flexi-working in place as well as a childcare centre.

In addition to this, SAP Labs has also introduced an end-to-end women’s mentoring programme that extends from entry to executive levels. The company also focuses on the subtle nuances of gender inclusion through its programme Ascent that encourages women to speak up, say no, and seize opportunities at the workplace.

TATA Group has been known to lead several social impact issues from the front. In 2017, TATA Steel announced that it was working on a roadmap to ensure 25 percent representation from diverse groups by 2020. While 20 percent of this number will be dedicated to women, the rest will come from the LGBT community. The company has adopted a 5-pillar approach to diversity and inclusion – commitment, sensitisation, development, infrastructure, and celebration.

In March this year, PayPal announced several initiatives for stronger diversity and inclusion not just within the company but within the technology industry in general. Their programme ‘Recharge’ is designed to bring women on career breaks back into the fold of employment. Maternity leave was revised to 26 weeks and paternity leave to 10 days, and the company also introduced a 16-week adoption leave for its women employees.

Startups on the diversity and inclusion road

India’s startup boom has also helped fuel demand and awareness for diversity and inclusion in these new enterprises. While ‘dude-bro culture’ is still a pervasive problem in certain sectors, for the most part, Indian startups are pulling up their socks and setting up processes to build diversity and inclusion.

The young hyperlocal services app is already leading the charge for workplace diversity, with 40 percent women’s representation in its workforce. In order to retain them, Jugnoo identifies and builds initiatives based on feedback from its female staff. For example, the company introduced a Minions Play Area for children when its women staff raised the issue of childcare support during school vacations.

In a move that had even the most staunch feminists divided, digital media startup Culture Machine became the first Indian company to introduce ‘period leave’. Through it, the company allows women employees to take leaves on the first day of their menstrual cycle. While the move might have seemed symbolic or unnecessary to much of the feminist movement in India, it did its bit to bust the taboo that surrounds conversations around menstruation even among urban working professionals.

It’s a long road ahead

The names listed here are a handful from a vast industry of organisations and startups. It is important to keep the conversations around gender diversity and inclusion going until we can truly claim that people of all genders, backgrounds, and abilities are represented fairly and equally.

As they say, measure it if you treasure it. Businesses in India, both startups and corporates, need to come through on their diversity and inclusion commitment and prove the ways in which they are moving the needle. The efforts must continue. Beyond the rhetoric, Indian businesses must be willing to get measured. The time for diverse and inclusive workplaces is now.