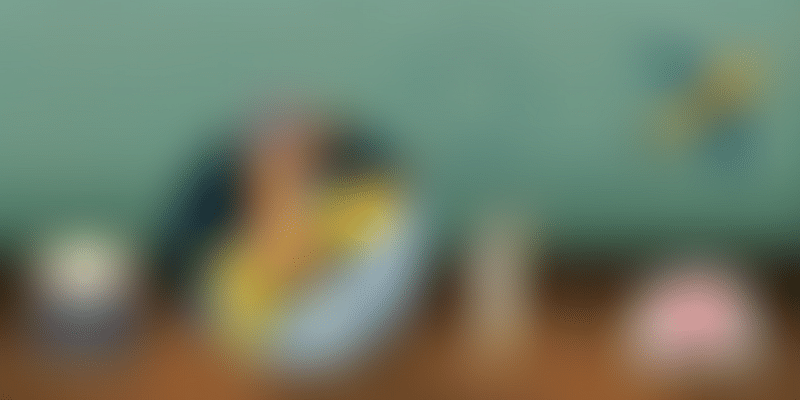 Soon after Larry Page and Sergey Brin launched Google in 1998, they wanted to showcase that they would be travelling to the Burning Man festival in the Nevada desert and would be unavailable in case of website issues. They placed a stick figure drawing behind the 2nd “o” in the logo of Google, with a comical message to users indicating that they were “out of office”. This doodle became so popular that it became a running segment that Google would focus on every now and then. Shortly after, simple doodles became full-on illustrations that people began to fall in love with.

For almost a decade now, Google has been paying respect to remarkable individuals. They’ve done over 2,000 doodles, and the history behind the company’s special tributes is interesting. You can even submit a recommendation directly to them at proposals@gmail.com.

Google has honoured multiple women from across various fields of excellence through its popular doodles. Here’s a list of some who were also the trailblazers in their various fields in their industry:

Just a few days ago, Google Doodle honoured Begum Rokeya on what would have been her 137th birthday. Begum Rokeya was a prolific Bengali feminist writer in the early 1900s. She was outspoken and well-read, and wanted to educate every girl child so that they could become independent. Her literary prowess fed a career spanning decades of essays, stories, poems, and books on topics ranging from female rights to the male patriarchy. Probably her most well-known work is the science-fiction piece Sultana’s Dream, which was a “Wonder Woman-esque” utopian thought piece. If we can learn one thing from Begum’s spirit, it would be to always stand up for what you believe in. Even if the odds are against you, you must stand up in the face of fear.

Dr Susan La Flesche Picotte, born in 1865, was the first Native American to earn a medical degree. Following her father’s advice, she left her village early and attended the Women’s Medical College of Pennsylvania. She graduated with high honours and chose to return to her ancestral village to provide medical care and treatment.

All her life, she was a fierce public health advocate and reformer. She ensured that elementally poor practices were eradicated from the tribe’s mentality. In 1913, she raised funds to build a hospital in her hometown and continued practising to help her community flourish.

Born in 1864, Rukhmabai Raut was the first woman to practice medicine in India. She studied at the London School of Medicine for Women in 1889, and later joined a hospital in Surat, to serve as its chief medical officer.

She was one of the most educated women of her time and served the country for many years after she graduated from London. But she wasn’t just satisfied with her high-paying job and its demanding responsibilities. Raut loved to support causes that were close to heart. She fought for many years to eradicate child marriage, as she herself was married off at the age of 11. Raut vehemently fought against this and refused to live with her 19-year-old husband. This triggered India’s most famous 19th-century court case; Raut finally won the case, forcing the government to pass the Age of Consent Act in 1891. She paved the way for the hundreds of young girls who want to build a career instead of entering a childhood marriage.

Born in Argentina in 1859, Cecilia Grierson was the first woman to receive a medical degree in the country. A famed author, poet, and social reformer, she worked tirelessly to create change in her community. In the 19th century, women were forbidden from pursuing a medical education, and the cultural norms were anti-feminist. Not only did Cecilia demand that she be educated like any man, she also became the VP of the International Council of Women, where she fought for causes such as welfare benefits, maternity leaves, and ending slavery. She became Argentina’s premier doctor-in-chief, and also founded the country’s first nursing school, to help other women gain employment and education.

Rachel De Queiroz was a pioneering Brazilian writer who was the first woman to join the Academy of Letters. She was born in 1910, and by the age of 20, had released her first book O Quinze, which brought her instant recognition.

In her writings, she highlighted the struggles, pain points, and lack of resources available for the people in Northeastern Brazil. She went on to become one of the most prolific writers and journalists in Brazil, giving other women a second chance when it came to career and work. She published over 2,000 literary works throughout her career and has been regarded as one of the most inspiring women in Brazil. In 1964, she became Brazil’s representative to the UN, where she worked tirelessly to bring light to the conditions of the people. Fighting for peace and justice, she won the hearts of many with her masterfully created thought-pieces.

Amy Johnson garnered headlines everywhere when she became the first woman to fly solo from England to Australia. Born in 1903, she set her first world record in 1930, when she made a long journey across British shores. Amy faced many challenges because of misogyny and sexism, including many male colleagues who would try to sabotage her flights.

However, her unshakeable resilience and positive attitude helped her accomplish the unknown. By breaking several more records she joined the legendary ranks of female pilots such as Amelia Earhart and Florence “Pancho” Barnes. She even broke her own husband’s record for the fastest solo flight from London to South Africa’s Cape Town. Throughout her short career, she was renowned worldwide, as she set an example to little girls all over the world to chase their dreams. Google celebrated her 114th birthday posthumously in their famous Amy Johnson doodle.

A rebel to the core, Sor Juana was a self-taught Mexican scholar who became the country’s most famous writer and poet. She pioneered the Spanish Golden Age, and is widely renowned as the first published feminist of the “New World”. She’s even been celebrated on Mexico’s 200 peso note. Born in the 17th century, when access to learning was guarded by male clergy who didn’t believe in educating women, she entered Church service at the age of 20, working side by side with male clergymen. Sor Juana infused comedy and philosophy together so beautifully that her influence grew beyond her name. Her most famous quote came in a critical piece in 1690 (over 300 years ago!), where she responded to a particularly sexist Bishop, saying “one can perfectly well philosophize while cooking supper.”

Sally was the first American woman in space and broke barriers all throughout her iconic career. She was a physicist, writer, and international speaker for the advancement of science in American culture. She obtained her PhD in physics at Stanford University in the late 70s, and she decided to apply to NASA shortly thereafter. A few years later, on June 18, 1983, she became the first US woman in space, and instantly became an icon for girls across the world. Sally could have stopped there but went on to become a professor of physics at the University of California, where she vowed to inspire young students to take up science early on. She later founded the Sally Ride Science foundation to train teachers to encourage students to peak their curiosity in the STEM fields.

Lee Tai-young was the first female lawyer in Korea, passing the Korean National Judicial Examination in 1952. She went on to become a judge and founded the country’s first legal aid development centre. She was instrumental in changing many obsolete laws and helped Korean women live a life of dignity. Lee always felt her life was like a dam which could produce energy and power to lighten the dark corners of society. Lee worked all her life to defend the rights of every Korean so as to enhance their lives through the power of justice. She never felt like any work was too small, or any award too big. Lee published more than 15 books on women’s issues and targeted the patriarchal divorce system in Korea repeatedly.

The ever-inspirational Lotfia El Nadi was Egypt’s first female pilot. At the young age of 26, she became the first Egyptian woman to fly a plane from Cairo to Alexandria in 1933, against the wishes of her father and most male pilots at that time. She loved to fly and was willing to take on the world to accomplish her dreams. She fought sexism all her life, as she had an inner yearning to show the world that women can do anything they set their mind to. Lotfia changed the way people in Egypt thought about women, and she’s been remembered as a woman who soared above the clouds and cultural stigmas.

Pathbreakers and pioneers in their times and fields, these women have inspired countless others throughout history to fight for gender equality and against rigid patriarchal structures. Defying all expectations, they were luminaries and beacons of hope against sexist oppression, and continue to be inspirational today. Google’s doodle tributes to these women are well-deserved, and a small way of celebrating their truly spectacular and incredible lives.