Up close and personal with the man who catalysed the rise of badminton in India: Prakash Padukone 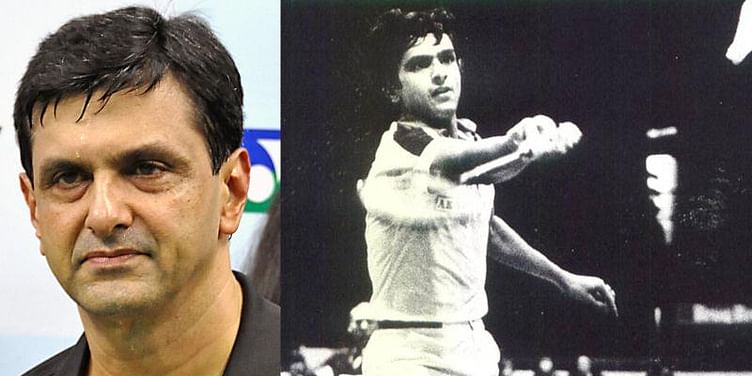 Over the past 50 years, Prakash Padukone has donned many hats - badminton player, coach and doting father. In an exclusive conversation, he shares how he rose from a small town to put India on top in the world badminton rankings.

On June 10, 1955, a baby boy was born in Kundapur, Karnataka. He went on to become a badminton legend – 25 years later, he was the first Indian to win the All England Championship.

Today when the country is basking in the glory of international medals, we take a walk down memory lane with badminton ace Prakash Padukone. He takes us from time spent playing in the wedding halls of Bangalore and walking home with a Lifetime Achievement Award.

Born to a badminton player, Ramesh Padukone, the sport came naturally to Prakash. In the 60s, when the sport was yet to become popular, Prakash was being trained by his father. Ramesh, who back then was the secretary of the Mysore Badminton Association, played a very key role in the sportsman’s life.

Speaking about his encounter with this failure, Prakash says,

I lost to a much older player, but even at that stage I wanted to win. When I lost the first match I started crying and I was given the ‘Best Loser’ Trophy even though I lost in the 1st round.

This was also the time when the family moved to Bangalore. Recollecting those days, he says Bangalore was then not equipped with badminton courts and infrastructure. This compelled him to practice the game in wedding halls in the heart of Bangalore, Malleshwaram.

Infrastructure is very important to popularise a sport. Then comes equipment and coaches in that order. My parents supported me to the extent possible and later, I was backed by the State Association and could participate in the Inter-State and Nationals, he recalls.

Starting of an era

By 1972, the young champion was crowned with both senior and junior titles at the national level; he went on to win for the next seven years. These successful times braced him for his first international success when he won the medal in the men’s singles category at the Commonwealth Games.

When asked about his coaches and mentors, Prakash says,

My father taught me the fundamentals. After that, I picked up the game by watching other players. Basically, I am a self-made player who came up by following the trial-and-error method.

The Commonwealth medal was followed by multiple titles, including the Danish Open and Swedish Open to name a few.

By this time, India had found itself on the international badminton circuit.

In 1980, Prakash went on to win the All England Championship, placing India at the world number 1 rank.

My All England victory in 1980 will be the most memorable win in my career, he says.

When asked about what has been his life’s biggest turning point, he says,

I learnt a lot from a six-week training camp in Indonesia with their national team in the mid-70s and would consider that stint as the turning point of my career.

In 1972, Prakash was conferred with the Arjuna Award, followed by Padma Shri in 1982. It was only in 1991 that the sporting legend announced his retirement.

When asked about what has been his inspiration in the almost three-decade-long quest for sports and badminton, Prakash says,

I just played for my own satisfaction and not to please anybody. I wanted to challenge myself and see how far I could go. That kept me motivated.

On the evolving badminton scene in the country and how the academy is nurturing new-age champions, Prakash shares,

Badminton is growing by leaps and bounds in India, which is a good sign for the game. Authorities need to capitalise on this. Our academy is sponsored by Tata and has completed 23 years of existence. We have a highly subsidised programme where only talent and potential matters. We spend money on our trainees so that they can excel at the highest level. All our students are from middle class and lower middle-class backgrounds.

Though Prakash Padukone made a sport cool when the stakes were low, his daughter, Deepika, an international film star, has taken the Padukone legacy forward. Both Deepika and Anisha have excelled in their respective professions. Needless to say, the onus of bringing them up was gracefully shared between the badminton player and his wife, Ujala.

Speaking about parenthood and how he and his wife have supported the daughters, Prakash says,

Parenthood is extremely important and critical in the development of a child. Parents should try to find out activities a child is interested in and support them. It is important not to impose the views of the parents on the child, especially if the child is not interested.

The Badminton Association recently conferred Prakash with a Lifetime Achievement Award, a cash award of Rs 10 lakh, and a citation. He is the first badminton player to receive this award – the first such award from the Association.

The award is very humbling. I am extremely delighted and happy, although I never played the game for awards. Any award I consider as a bonus, he says.

Ruminating over his 50-year career, first as a badminton player and then as a coach, Prakash says his journey has been “extremely satisfying”.

His story turns us nostalgic about small-town superheroes that challenged norms and pushed the envelope. Prakash Padukone has left behind some huge footsteps for Indian shuttlers to walk in.