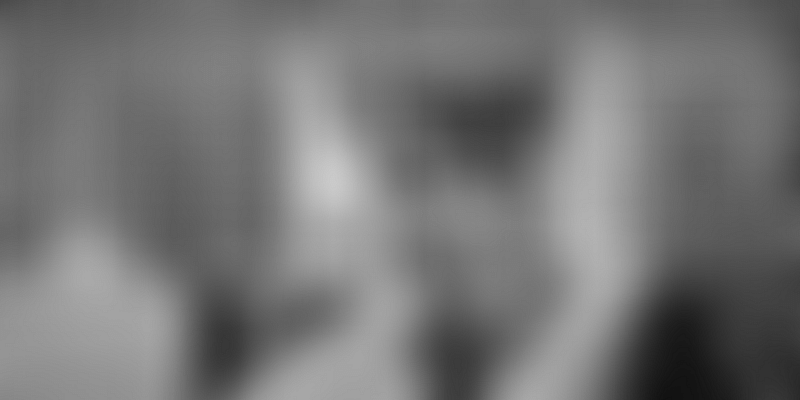 For nearly a decade now Teach For India is helping children from under resourced schools to realise their potential through a leadership oriented fellowship programme.

From the stage of the broadway musical where she performs, Priyanka’s life has been much like the theatre and arts she love.

A girl from a broken home, with her father in jail on account of murder it seems surreal that in the face of such challenges, she is managed to spread her wings and follow her passion for theatre with the Maya Musical journey.

This Teach For India (TFI) initiated broadway was her first interaction with formal education. This experience paved her way to the global stage. From Italy to study at the United World College of Adriatic, and is currently on her way to Franklin and Marshall on a full scholarship.

Priyanka is just one of the many kids whose dreams all have realised all thanks to an organisation like Teach For India. This organisation with one vision is working across seven cities, with 6,000 fellows changing the way education works in India. The organisation has impacted 39,587 kids. Conceived in 2007 and first executed in 2009, today Teach For India (TFI) has become a successful model for a youth movement.

Heralding the change Shaheen Mistry, the CEO of Teach For India says that the dream is incomplete; education continues to remains inaccessible to a majority of children. She adds,

“We need to reach out to 320 million kids. How do you scale a programme that requires depth? It’s not like franchising a McDonald's, but, it is saying that education is a long term— 10 to 12 years— process.”

The TFI-works on two part model with an aim to empower the children beyond classroom.

In the short-term through the Fellowship program TFI invites students and young professionals to serve as full-time teachers to children from low-income communities in some of India’s most under-resourced schools.

The fellows work directly at the grass-root level, interacting with students, principals, and parents.

An in-depth classroom engagement spanning across two years also provides them with a window to get acquainted with the realities of India’s education system— 76 percent of students do not make it to a higher education system; 52 percent of standard 5 students cannot read a standard 2 text-book; 52 percent, approximately 9 lakh teacher vacancies exist across primary and upper primary schools.

The Fellow is assigned a classroom in one of Teach For India’s placement cities, and is expected to not only teach academics and values but they aim to give their students the access and exposure they need to reach their personal, long-term visions.

We know that the kids are learning. The beautiful part is that it is not just academic learning but holistic learning. So how do kids grow values— though their ability to raise their voice and how empowered they feel, Shaheen explains.

Priyanuj Choudhury, from the 2012-14 TFI batch, says that he customised the NCERT prescribed curriculum according to the needs of his students. Be it sanitation, hygiene, pollution or even gender issues— he embedded these topics as a part of their daily study. He says,

The students even went on a door-to-door campaign within their community to teach everyone, including the elderly senior citizens, the importance of hygiene. They became leaders in their own rights; learned to speak on issues which mattered to them.

In the long-term, TFI aims to advocate for change beyond their classrooms through their Alumni network.

The journey, so far

Education for children has been a cause closely followed by Shaheen, for decades now. Earlier in 1990 she founded ‘The Akanksha Foundation’, a non-profit organisation which provided education opportunities to children from low-income communities across Mumbai and Pune through our after-school centres, and since 2007, through the Akanksha Schools.

To address the issue of educational inequity at scale she met with Wendy Kopp, the Founder of Teach For America, and decided to bring this model to India. She says,

In terms of the ten year journey— I think what’s worked really well is seeing that idea play out in reality. When we started we were very unsure about everything. Would people join the program? It’s a two year commitment which can possibly put them on a different life path in future.

Things have, however, fallen in place. From an initial cohort of 87 “niners” (freshers) to over 1200 plus fellows in the current year, the young people are working relentlessly in the short-term to change the lives of students in their classrooms and become leaders for change themselves. Further 70 percent of the alumni continue to stay full-time in education.

However this journey has been a challenging process for the fellows— irrespective of their previous career—are placed in difficult emotional situations when they come to a classroom.

You have 40-50 kids in each classroom and they have a range of different issues. You are fully responsible for them and you are just 23-24 years old. So it is a huge responsibility and it is a difficult work, Shaheen adds.

She recalls in incident from the first year of TFI’s functioning. In the first year of the fellowship she recalls how her first set of fellows called her to a coffee shop in Pune, just to complain. With a 17-page typed document, they “complained about everything”— from how dysfunctional the finance team was; to putting them in un-fair and hostile environments.

Initially Shaheen was teary-eyed, hurt and angry for she tried to do “everything possibly humanly” to make this a holistic experience for all. Yet, after a thought she could feel that their journey, their model to make quality education a reality for all taking shape.

These are first year teachers, they are so overwhelmed, they are so busy, and in the middle of all of that they cared enough to type 17 pages of complaints.

The 1500 plus alumni are currently engaged in various education related work with an aim to work towards educational equity through long term systemic change. They are working in education, in corporate CSRs focused on education, working as school leaders, teacher trainers, curriculum developers, and teachers.

Anurag Kundu, from the 2013-15 batch, is working in commission for child rights in Delhi. He, along with Indus Action— a TFI-alumni founded organisation— is on a mission to ensure that the legal mandate, to provide 25 percent reservation in private schools to children from disadvantages backgrounds, is schools operated by North, South, and East Delhi Municipal Corporations (MCD).

When he was in the fellowship he was responsible for 30 odd kids in his class. But now as an alumni he has jurisdiction over the whole of Delhi and over the gamut of child rights, Shaheen says proudly.

Soumya Jain, a fellow in Pune, realised that post class 7 the English medium government school kids did not have a school to continue with. Lack of secondary education government schools led to two options— either the children dropped out of the system or they had to pay for private school.

Hence, in partnership with the government schools and the state government, he is now committed to build enough schools in Pune. He already has five schools running and he is starting 3 next year.

Instead of fighting the system in the policy level right away, our alumni is trying to get the existing policies to work. My hope is that the bulk of our alumni become the foot soldiers on the ground. Lets not work in conflict with the government but in collaboration, Shaheen adds.