Cracking the code: Women razing the gender barrier in tech 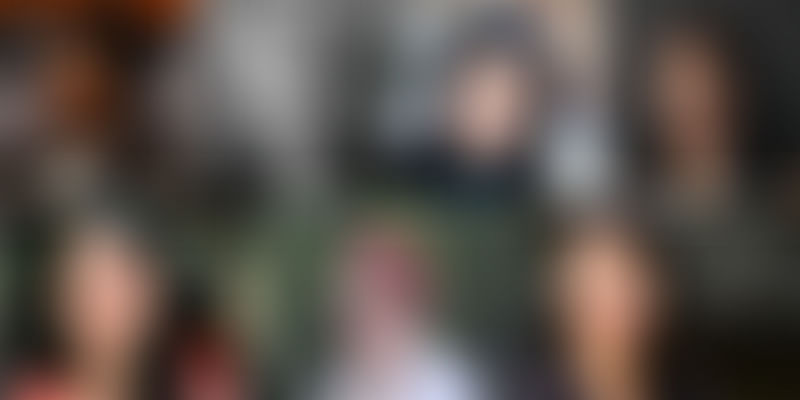 The claim that the STEM (Science, Technology, Engineering, and Mathematics) field is predominantly a ‘male bastion’ is practically irrefutable. The fact is that only girls represent only 35 percent of all students enrolled in STEM-related fields of study across the world. Even a 2016 McKinsey report supported the argument of women being terribly unrepresented in the tech world. The report stated that women made up 37 percent of entry-level roles, with just 25 percent advancing to the senior management roles. The number was further dismal in the C-suite section, a measly 15 percent. Take the Indian tech ecosystem itself – only 26 percent of engineering roles are held by women.

But the tides are shifting gradually, and women are reaching out to stake claim to the industry. We take a look at other female techies who are not only making a mark in the science and tech sector but opening the doors for many others to follow suit.

The 42-year-old Reshma is an American lawyer and politician who was born in Illinois, USA, to Gujarati parents. She is the founder of a non-profit organization, Girls Who Code, which works towards reducing the gender gap when it comes to women in technology and science. In a letter on the Girls Who Code website, she shares, “Girls Who Code was found [sic] five years ago with the belief that computing skills are a critical path to security and prosperity in today’s job market.”

Girls Who Code aims to inspire, educate, and equip women with computing skills. The organisation now has more than 1,500 clubs across the USA and aims to teach one million girls to code by 2020, according to a 2014 article on CBS.

In 2011, Kimberly Bryant, an electrical engineer, founded the non-profit organisation Black Girls Code. The idea for the project hit her after Kimberly struggled to find a suitable computing course for her daughter in the Bay Area. Most courses she came across were suited to boys and rarely saw the enrollment of African American girls. With over 20 years in the field of biotechnology, Kimberly is now providing technology education to African-American girls.

Black Girls Code’s motto is, “Imagine. Build. Create. – Imagine a world where everyone is given the tools to succeed, and then help us build ways for everyone to access information and create a new age of women of colour in technology.”

In 1987, Anita Borg, with 12 other women, launched Systers, a digital community for women. The community aims to bring together women and inspire them to take up computing, and it even guides them to learn and provides mentorship to grow in the field. Today, Systers has more than 7,500 members from more than 65 countries and is the world’s largest email community of women in technical computing roles.

The main website AnitaB.org has become a global non-profit organisation that aims at recruiting, retaining, and advancement of women in computer sciences since 1997. Currently, the organisation is being led by Brenda Darden Wilkerson, and partners with academic institutions and Fortune 500 companies in more than 80 countries.

Aliana is the CEO of Women Who Code, an international not-for-profit organisation dedicated to inspiring women to excel in technology careers. Started in 2011, it has more than 1,00,000 members and a global presence that pans more than 20 countries. Women Who Code has been growing speedily and offers careers and leadership development along with free technical study groups.

21C Girls is a registered charity based out of Singapore. The organisation looks to impart free coding classes and camps to women and girls in Asia. They aim to equip young girls with the required skill set to fight it out in their required fields. Ayesha has been using her knowledge in data sciences to teach young girls the skills that they need for the future.

Susan is a British computer scientist, social entrepreneur, and academician. BCSWomen was founded by her in 2001 and is a specialist group of the British Computer Society. The organisation provides networking opportunities for women working in the IT industry around the world. It also drives the agenda of encouraging women and girls to enter the world of IT as professionals.

The idea behind Girls in Tech (GIT) was to fight the lack of diversity in work culture across tech companies. Founded by Adriana Gascoigne in 2007, GIT is a global non-profit focused on the engagement, education, and empowerment of girls and women who are passionate about technology.

With more than 1,00,000 members located around the globe, the San Francisco-based organisation has about 60 local chapters in many major countries and cities.

All these women and their organisations are perfect examples of how change is coming. In due time, achieving gender equality may no longer seem like a pipedream after all.