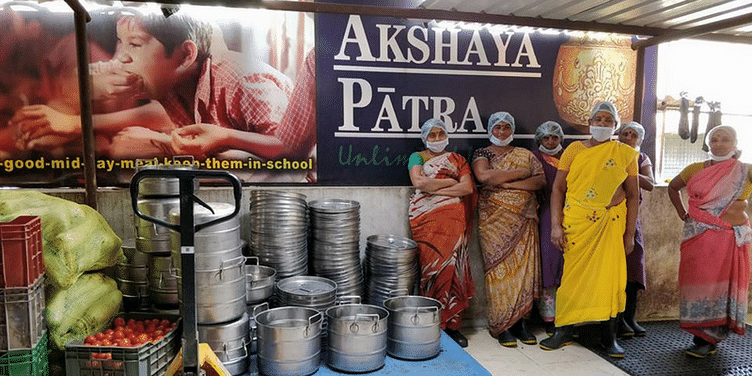 In a photo walk at the Akshaya Patra headquarters in Visakhapatnam, we capture the vibe inside the world’s largest kitchen.

In 2001, the Supreme Court of India passed a mandate that "cooked mid-day meal is to be provided in government and government-aided primary schools in all the states." Given its legacy of feeding millions of children with wholesome school lunch, the Akshay Patra Foundation was also called upon to share its experiences with the court.

Started in a temple in 2000 by A.C. Bhaktivedanta Swami Prabhupada, after he saw a group of children fighting with stray dogs over scraps of food, the organisation is world's largest NGO-run mid-day meal programme. Formed with the intent to fight hunger and malnutrition, it is now spread across 13,839 schools. Operating across 12 states in India, the Akshaya Patra Foundation feeds 1,675,008 children every day.

In a conversation with Satya Gaura Chandra Dasa, President, Akshaya Patra Foundation, Hyderabad, and Niskinchana Bhaktadasa, President of the foundation at Visakhapatnam, we explore the kitchen that feeds 25,000 beneficiaries in Visakhapatnam. As a part of a feature from the 10th edition of Jagriti Yatra, we bring to you in frames an organisation that intends to feed 5 million children by 2020.

According to a 2001 report by World Bank, nearly half of India’s children — approximately 60 million — are underweight. About 45 percent are stunted (too short for their age), 20 percent are wasted (too thin for their height, indicating acute malnutrition), 75 percent are anaemic, and 57 percent are Vitamin A deficient.

The state-of-the-art Akshaya Patra kitchen has now become a subject of study.

Editor's note: Team Yourstory is at the 10th edition of Jagriti Yatra. We will be bringing a series of daily updates from the 15-day long train journey that traverses 8,000 kilometres across the country.