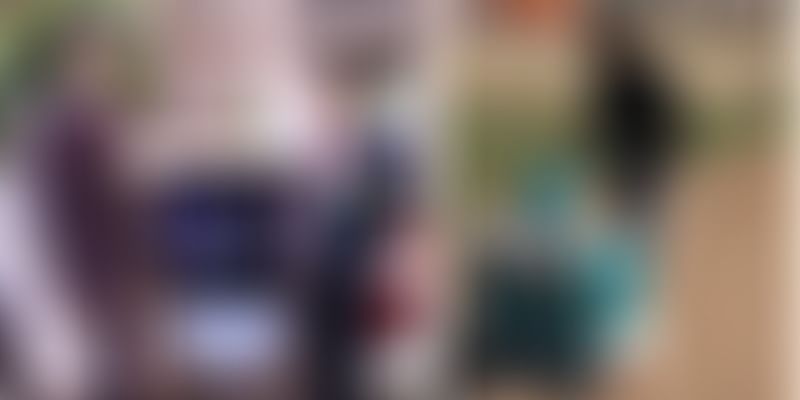 Deeply moved by a sweeper picking litter at a bus station, two young brothers from a small town in Rajasthan ended up with a unique solution. Diptanshu and Mukul Malviya, who were students of St. Paul Senior Secondary School in Sirohi, Rajasthan, have built a wrapper picker with great potential for sanitation workers, municipality corporations, housing colonies, schools, offices and other public and private spaces.

While littering is done easily and mindlessly with the flick of a wrist, bending down and picking it up is often viewed as a tedious task. This was the realisation two young brothers had at a bus station. Diptanshu and Mukul witnessed a middle-aged sweeper cleaning up wrappers, pieces of paper, pouches, among other things. At that moment, they came up with the idea of building a wrapper picker machine to help thousands of such sanitation workers across the country.

Started as school project, the machine was soon a reality. Operated by a motor, the machine is first of its kind and simple to operate and maintain. Using two flexible roller combs attached to a rotating base, the machine picks up litter from the ground and collects them in a bin. "The brushes are just a few millimeters above the ground level to ensure that dust and grit is not picked up. It’s ideal for picking up paper plates, napkins and cups after an outdoor lunch or dinner party," Mukul told The Tribune.

Mukul now pursuing his engineering degree, while Diptanshu hopes to serve ISRO when he grows up. The National Innovation Foundation, acknowledging the great potential in the machine, helped the sibling duo in improving the model further with better design. Diptanshu and Mukul's innovation has not just won them the prestigious IGNITE award, they were also selected for Rashtrapati Bhavan’s Innovation Scholar in Residence programme in 2015.

They also won a national award from the National Innovation Foundation in 2017. The autonomous body of Dept of Science and Technology, Government of India is also providing the necessary institutional support needed to sustain, monetise, and scale up their grassroot innovation and reach potential buyers of the technology.