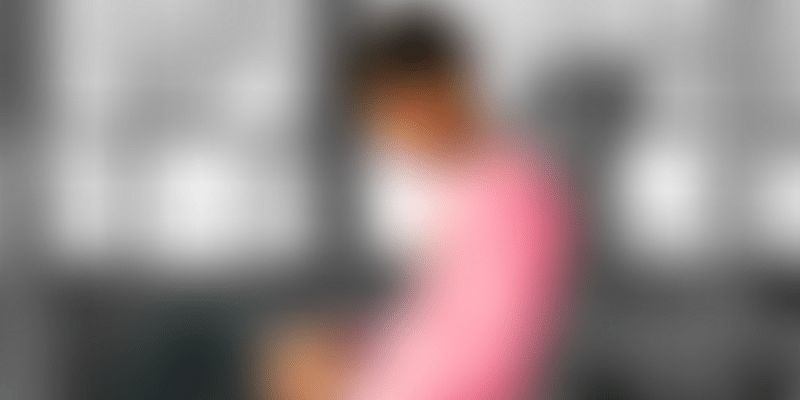 With small-town Indians accounting for around 41 percent of all online shoppers, they are increasingly becoming the driving force behind ecommerce in India.

India lives in her villages - so said Mahatma Gandhi all those years ago. The ecommerce industry, specifically online retail, seems to have taken this quote to heart.

Large marketplaces like Flipkart and Amazon, and the newest kid on the block Paytm Mall, are all focusing on getting the small-town Indian consumer to shop online and this focus is showing results.

Advisory firm RedSeer Consulting shared that e-tailers saw a 33 percent rise in monthly active shoppers in 2017 from 15 million in 2016 to 20 million last year.

2016 was a bad year for Indian online retail with growth slowing to 12 percent, according to analysts. For the fiscal year 2016-17, the Economic Survey puts the ecommerce market’s growth at 19.1 percent with the overall size at $33 billion.

I would say that they (online retailers) underperformed to potential. Along with issues like lack of funding, GST and demonetisation, they also had cut down on discounting. The good thing is they are all back to business and are all looking to grow. Aggressive discounting is not happening even now, but people are shopping online for reasons beyond discounts. That's a good sign. I expect growth to be back this year.”

Ecommerce companies knew that if the industry had to grow they would have to get small-town shoppers on board. To ensure this, the companies launched a slew of initiatives like Flipkart’s no-cost EMI that is available even for shoppers who do not have credit cards and Amazon’s Project Udaan, under which the company has partnered with small stores (through partners like StoreKing and Vakrangee) in rural India, whose shopkeepers help customers buy on Amazon.

The numbers show that small-town shoppers have responded with enthusiasm.

Shoppers in Tier II and smaller towns grew three fold compared to metro shoppers and accounted for nearly 41 percent of the overall online shoppers in 2017.

Residents from non-metro towns will account for 55 percent of all active online shoppers in 2020, according to RedSeer. The advisory firm predicts that overall there will be 185 million active shoppers in 2020.

In an interview with YourStory in December, Amazon’s India Head Amit Agarwal disclosed that almost 85 percent of the company’s customers come from Tier II and smaller cities.

The reasons for the growth are not hard to find. Modern organised retail is still a big city phenomenon. While modern trade in India is growing at 15 to 20 percent per annum, it has a low penetration of just 8 percent, according to PwC. This is where online retailers come in as they provide small-town shoppers access to a massive range of brands and products.

It is a myth that non-metros do not have high spending power. Kotak’s Wealth Report states that emerging cities and small towns account for 45 percent of India’s Ultra HNI population.

Harish, of Grant Thornton, says ecommerce companies have built their brand in smaller towns now and that has led to increase in sales in these locations.

“Well-to-do shoppers in small towns had to travel to big cities earlier. Now they can get the same products online. These shoppers will drive the online consumption story,” Harish says.

One of the major contributing factors is the high investment into logistics, especially by Flipkart and Amazon.

The bigger players have ensured high logistics penetration in smaller towns. They claim to reach 80 percent of India and that is impressive. In the early days of ecommerce a lot of people said telecom penetration would lead to growth. That’s not necessarily true as ordering online is just one part; the products have to reach the consumers and that’s why logistics penetration has been an important growth driver.”

"Access has increased but need has not really increased. When you provide more access there will be over-consumption for some time. But only among those people who have higher disposable income. Fewer people in small towns fall in this category,” says Pinakiranjan.

Also, it is primarily those in the “creamy” layer in smaller towns who are shopping online. This section of people will have similar tastes, and product and brand preferences as their metro counterparts. Getting the rest to shop online is the more difficult task.

But at a certain price point. That’s the critical piece that online retailers need to understand. People have a budget. What’s the unit price at which people will buy? The challenge is, is that price point profitable for ecommerce companies?” says Pinakiranjan.

Grocery is expected to be another growth lever for the industry. Amazon and Flipkart are scaling up their grocery operations. Paytm Mall, along with Alibaba, is expected to announce an investment into e-grocer BigBasket soon. The idea is that grocery is the largest segment in Indian retail at $566 billion and getting consumers to start buying grocery online will help ecommerce companies grow.

However, that's easier said than done.

“It is a tough market. The neighbourhood grocery store has its own strength, with consumers preferring such stores for features like immediate delivery, easy exchange of products in case of problems, and availability of credit,” Harish says.

He, however, admits that the market is large enough for multiple online retailers to flourish. The online grocery market was just $1 billion in size in 2017. While it is small compared to the overall grocery and e-tail markets, we must remember that this $1 billion is split primarily between BigBasket, Grofers, and Amazon. So there is room for growth, but smaller towns will not switch to online easily.

Another challenge comes from an unexpected quarter--organised brick-and-mortar retail. Online retail was expected to finish offline organised retail. This segment did take a hit between 2015 and 2017, primarily because of e-tail with revenue growth slowing down to almost 12 percent, according to this article by Anuj Sethi, Senior Director at credit rating agency CRISIL. However, he goes on to add, that offline organised retail is expected to see revenue grow at around 20 percent a year over the next three fiscals.

This revival of brick-and-mortar modern trade will impact the growth of e-tail in the metros. Even as firms like Flipkart and Amazon try to win over more small-town shoppers, they need to ensure customers in metros remain loyal.