Innovator Anirudh Sharma has pioneered the science and logistics of arresting and upcycling soot into ink; 30ml of ink captures air pollution equivalent to almost 45 minutes of car emissions.

We all scream ourselves hoarse about rising air pollution every other day, but what do we do in the face of the grim statistics? With close to seven million Indians dying premature deaths every year due to air pollution, countless students and entrepreneurs are working on innovations to combat pollution.

Anirudh Sharma chose to think out of the box and turn pollutants into something usable. His innovations, Air-Ink and KaalInk, convert soot emitted from chimneys and car tailpipes to printer ink.

“It is not about technology when you are talking about solving the air pollution problem. It is about people and letting them know about the dangers and potential solutions,” Anirudh says.

Anirudh’s innovation recently gained recognition from actor Shah Rukh Khan, who has pledged to use Air-Ink for his brand promotions.

The team has successfully captured and recycled 1.6 billion micrograms of particulate matter, equating to roughly 1.6 trillion litres of outdoor air till date.

Anirudh’s entrepreneurial journey began at the MIT Media Labs, in Boston, in 2012 where he found himself at the “crossroads of design, engineering, architecture and sometimes magic”.

“Initially when you are experimenting with a new technology, there is no set guidance available in the market. We conducted several experiment to understand the optimum technique for harvesting pollution from fossil fuel combustion sources," Anirudh recalls.

"Initially, during the pollution capture phase, we would work for 19 hours, testing in the garage. We wouldn’t see the results for five days,” he says.

After experimenting with his idea for more than a year, he realised that his invention would not help India if he set up office in the US. So, in 2013 he returned to India and, along with three researcher friends, co-founded Graviky Labs.

The idea? To combat air pollution.

“Air pollution includes the fine black particles, primarily composed of carbon, produced by incomplete combustion of fossil fuels. They are extremely tiny – 2.5 micrometres or smaller in diameter. This is smaller than dust, and is about 1/30 the diameter of a human hair,” Anirudh explains.

He was inspired by Buckminster Fuller, an American architect, author, designer, and inventor.

Fuller’s words became his mantra: “Pollution is nothing but the resources we are not harvesting. We allow them to disperse because we've been ignorant of their value.”

Anirudh is not new to entrepreneurship and innovations. Before joining MIT, he co-founded Ducere Technologies in 2011; their flagship product Lechal, electronic shoes for the visually impaired, became a fashion trend.

He was recognised for this innovation by MIT and BBC; he was awarded the 'Innovator of the Year’ award and his product found place in the ‘Top 5 Indian Innovations’ respectively. He also featured in the ‘Forbes 30 under 30’ 2016 list for innovation.

Kaalink is designed to capture air pollution/particulate matter at its source, before it enters the environment.

In 2016, the team started to retrofit Kaalink to car engine exhaust pipes in Bengaluru. They captured approximately 95 percent of the particulate matter pollution without inducing back-pressure.

The soot undergoes various processes to get rid of heavy metals, oils, dust, and carcinogens. The end product is a purified carbon-based pigment. This carbon undergoes further chemical processes and is converted into different types of inks and paints.

“One pen of Air-Ink contains 40-50 minutes of car pollution, and it can write like a normal pen,” Anirudh explains.

Air-Ink is a permanent exhibit at the Museum of Writing, London.

Anirudh says his organisation has been financially stable since inception and has raised funding through corporate collaborations. In the first year itself, the company raised a revenue of $1.2 million dollars. The Kickstarter campaign helped Graviky successfully raised over $40,000, four times its targeted amount.

Graviky Labs has joined hands with international artists to spread the message of environment conservation. In 2016, they launched a pilot project in partnership with Tiger Beer, Heineken Global. They collaborated with seven Hong Kong-based artists for this project; they used approximately 150 litres of Air-Ink, or 2,500 hours of air pollution, to “cover the walls of the city” and campaign against air pollution.

They captured this moment on a video that went viral and garnered 2.5 million views within 10 days.

“Artists want to experiment with this new material and create a new community,” Anirudh says.

Apart from Bengaluru and Delhi, Graviky has a presence in New York, London, Berlin, Chicago, Sydney, Singapore, and Amsterdam.

The team is currently engaged in conducting phase-wise pilots across New Delhi, starting with diesel generators across commercial establishments. With corporate and government partnerships, Graviky hopes to install 1,000 capture units in every constituency.

“The response from the community across the world keeps us going. We have a huge community of people today who are interested in environment conversation; people who want to curb air pollution and use recycled by-products,” Anirudh says.

Shruti Kedia
Shruti Kedia believes that every story, told well, can help in making an impact and bringing out social change. As Senior Correspondent, she leads the SocialStory vertical at YourStory. Shruti’s focus extends to topics that include agriculture, sustainability, development, urban governance and rural India. She is also the co-founder and editor of Decent Neta, an online legislative opinion news portal which that deliberates on Parliament, Policy and Politics. A graduate from Cardiff University, UK, she has previously worked as the lead parliament and policy analyst under the mentorship of Prof Rajeev Gowda (Member of Parliament).… 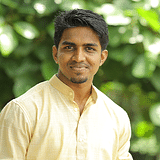