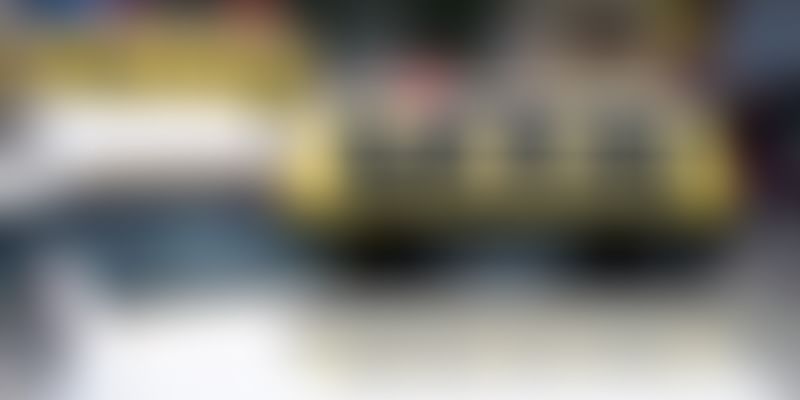 The primary aim of the campaign has been to encourage the taxi operators in the state to adopt app-based services to avoid monopoly.

Goa is one of India’s most visited tourist attractions, both for domestic and international travellers. The geography and the lack of reliable public transport means most tourists depend on taxis to get around. The campaign ‘Goa Taxi Revolution’ is raising awareness and support for taxis in Goa to adapt to mobile app-based business models.

Right now, the taxi rates and availability are controlled by taxi associations, which give customers less choice, and taxi services are known to be expensive as there is no competition or transparent pricing. The Goa Taxi Revolution campaigners highlight the advantages of app-based taxi services, including cashless payment, efficient tax collection, shared taxi rides, GPS-based tracking and passenger safety.

The campaign sprung from a discussion following a Facebook post of a user who was charged an exorbitant rate for a ride from the airport. Canada-based Mahesh Sardesai, who is of Goan origin, backed by experience in implementing digital transformation projects for customers across North America with latest technologies, started the campaign. Mousinho Reis, Avelino D’Sa, Ruben Quadros, Rohan Govekar, Aditya Bhide and Ricardo Pinto Rebelo are the other active participants of the initiative.

“Tourism is the backbone of Goa's economy and tourists across the world and India are used to services like Ola/Uber, it's time to allow them to operate in Goa. Besides, Goan taxi drivers never use the taxi meters required by law and charge exorbitant fares for their services,” writes Mahesh on the change.org campaign page, addressing Manohar Parrikar, Goa’s Chief Minister. The campaign has received over 9,100 signatures of support at the time of publishing this story.

The campaigners did not get any response from government authorities in the first six months of the online campaign. After creating some buzz on social media and getting some media coverage, the authorities acknowledged the campaign and wanted them to participate as stakeholders in discussions on taxis in the state. In October 2017, government authorities said they would invite the campaigners for discussions with taxi associations, but that hasn’t happened despite repeated follow-ups, said Mahesh.

“In Goa, one needs to pay Rs 350 for five to six km, after bargaining. The government and the taxi unions have together fixed rates that are way beyond 'Aam Janta's’ reach. This needs to stop. Yes, if not Ola/Uber, let there be some local taxi booking system,” shared a tourist on the campaign’s Facebook fanpage, where the group is mobilising support for the cause.

Given the resistance from traditional taxi associations, the volunteers behind the ‘Goa Taxi Revolution’ campaign, have the following suggestions - allow leading taxi aggregators like Ola and Uber to operate, along with other competitors to discourage monopoly among taxi aggregators; encourage taxi associations to develop their own app-based booking services; digital taxi meters installed in taxis. In 2015, the government amended the Goa Motor Vehicles Rules 1991, making GPS devices and digital fare meters with printers compulsory in all taxis, but the enforcement has been very low, which the campaigners blame on the taxi association lobby.

This is not the only instance consumer-driven online campaigns have been started to change India’s often outdated transport regulations. In February 2017, Uber launched an online campaign to mobilise people to support cab-sharing in Bengaluru, which was termed illegal by the Karnataka Transport Commissioner. Meanwhile, bike taxi operators are working with government regulators in various States to legalize bike taxis.

What is your take on this issue? Please share your thoughts in the comments section below.