Turning dreams into reality: how the IPL built careers and changed lives 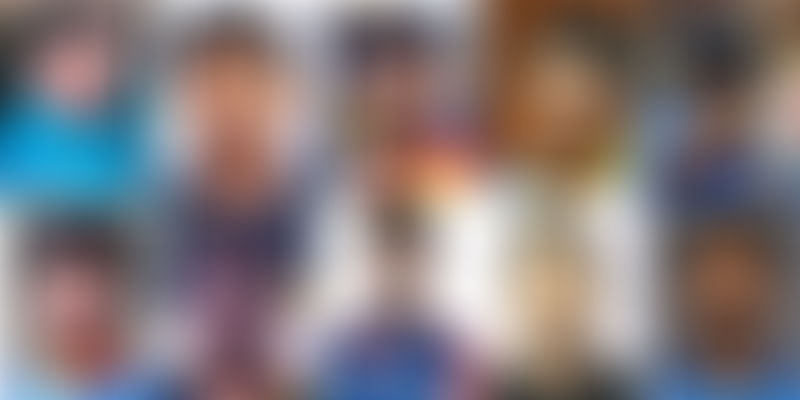 There is no debate over how India is crazy about cricket, and with the new formats of T20 and IPL, the last decade has seen a tectonic shift in the game.

The Indian Premier League has quickly become one of the world’s biggest and most zealous and dynamic cricket tournaments. The hype has built up over the last 10 years and it is now India’s favourite summer spectacle, with cricket mania gripping the country like wildfire during each IPL season.

The League has become a pedestal, turning a sport into a highly commercialised event that has got everyone gripped. With IPL, players and owners have benefitted, and it has also brought in business to so many other stakeholders as well – from stadiums to young players who got to prove their passion for the game on the field. Along the way, IPL has given us some amazing rags-to-riches stories too. These are stories of young boys passionate about cricket, who – in the face of challenges and despite all odds – managed to prove their skill and merit to millions in India.

We look at some of these inspirational stories that have come up over the last decade of the IPL:

The son of an autorickshaw driver, Mohammed Siraj had high dreams and the immense dedication to pursue and achieve them. The self-taught bowler made his debut in the Ranji Trophy in 2015, ending the season with 41 wickets in nine matches. Though Mohammed had limited Ranji experience, scouts believed him to have great potential due to the speeds his bowling hits and his pinpoint accuracy.

Mohammed’s hard work and determination paid off at the 2017 IPL auction when lady luck decided to make it rain for the Hyderabad speed demon. Introduced to the auction lot with an initial base price of Rs 20 lakh, a bidding war ensued for Mohammed. Royal Challengers Bangalore (RCB) finally picked up the right-handed fast bowler for a whopping Rs 2.6 crore.

Just like most other starry-eyed young cricket fanatics, Nathu Singh’s tryst with cricket started off with the tennis ball. The son of a factory worker, Nathu managed to bewilder his opponents in the bylanes of Murlipura, a locality in Jaipur. His years of toil finally paid off as the Rajasthan pacer caught the attention of the Indian cricket fraternity with a seven-wicket haul in his Ranji Trophy debut in 2015. The tides shifted soon for the speedster, and he was scalped for Rs 3.2 crore by the Mumbai Indians in the 2016 IPL auction.

As a kid, Thangarasu Natarajan used to run errands and chores for his father who was a labourer in the textile industry selling sarees while his mother sold edibles by the highway. His family struggled to even put food on the table, let alone fund Natarajan’s expenses for playing cricket. Struggling through the tough times, Natarajan defied all the odds that came his way and pursued his passion for cricket. During one of his performances, he caught the attention of the BCCI. As a player making the news in 2017, Natarajan was bought by Kings XI Punjab for Rs 3 crore after his remarkable domestic performance in the season in the Tamil Nadu Premier League (TNPL).

Sarfaraz Khan’s dad Naushad confesses that he could not bestow the luxuries of life on his son and instead made him do odd jobs like selling track pants. A Class 4 Railways employee, with time, Naushad realised his son’s love for cricket. The money he received from doing odd jobs was dedicated to running a cricket club so that Sarfaraz could practice his batting skills. Naushad did not let Safaraz’s passion for cricket die and spared no effort to help it grow.

Sarfaraz’s journey began playing for Uttar Pradesh’s cricket team. His stunning performances got him noticed by RCB in 2015, who picked him for a sum of Rs 50 lakh. This paved the way for greater recognition, and in 2016, he played for the U-19 World Cup and later signed a hefty three-year-deal with the Professional Management Group.

An audacious right-handed batsman who is often compared to his idol Kevin Pietersen, Manoj Tiwary is one of India’s most unwavering performers in domestic cricket. He is frequently called “chota dada” (in reference to Sourav Ganguly). Manoj was born in Howrah. His father, a railway employee, saw to it that despite a financial crunch Manoj attended an English medium school, laying the foundation for his international exposure.

In an interview with India Today, Manoj said, “I have always strived to give my best in whatever I do and cricket is no different. My journey has never been easy. Challenges have been an integral part of my life right from childhood. I have seen my father struggle when I was growing up and the tough times we faced have really helped me.”

Shreyas Iyer has been creating noise since the first time he played for his team in Mumbai in 2014. He has been one of the top run-getters for Delhi Daredevils, who paid a sum of Rs 2.6 crore for him in IPL 2015. He became the highest earning uncapped player in that tournament. Shreyas went on to play in India’s test squad as a cover for Virat Kohli in March 2017, delivering a dominating presence. The beginning of his cricket journey was documented into a short film, A Father’s Dream, directed by cricket writer Aayush Puthran.

Ravindra Jadeja comes from a very humble background. His father Anirudh was a watchman for a private security agency and wanted him to become an officer in the armed forces. His sister Naina said in an interview, “The reality is yet to sink in that my brother plays for India and is a huge star today. We are a middle-class family, hailing from a small but famous cricket town, and everything appears to be a dream still. I’m very happy for my brother like any sister would be.”

Born in 1997, Rishabh Pant hails from Haridwar in Uttarakhand. At the age of 12, he moved to Delhi along with his mother, since his hometown lacked infrastructure that supported cricket. When they first arrived in Delhi, they faced great challenges, since they did not know anybody there. They were even forced to reside in the premises of a gurudwara. However, luck favoured Rishabh and he was coached at Tarak Sinha’s cricket club, The Sonnet Club. He received recognition and a scholarship to study at The Air Force School in Delhi. After a groundbreaking Ranji season, he was a top pick in 2016 for the Delhi Daredevils who happily paid Rs 1.9 crore compared to a base price of 10 lakhs for Rishab.

Cricket is brimming with stories of free-spirited young players taking their first small strides towards big scintillating games, right from when they started off playing in their backyards. Hardik Pandya is one of those stories. His father, a cricket fanatic, facilitated the dreams of his sons, Krunal and Hardik, by enrolling them into a cricket academy, even though Hardik’s family was not well-off. During his schooling, Hardik realised that he did not fit into academic learning. He gradually dropped out of school and gave cricket his maximum concentration. He played for the Baroda cricket team in 2013, where his striking performance turned a few heads. He was selected by the Mumbai Indians in 2015 and has been a major asset to them ever since.

Kedar Jadhav is an eminent attacking middle-order batsman playing for Maharashtra, who became the focus of attention with a 29-ball 50 for Delhi Daredevils in his IPL debut in 2010. Kedar was born and brought up with three elder sisters who were academicians. Kedar, on the other hand, did not seem too keen on studies and thus dropped out of school when he was in Class IX.

Kedar’s heroic cricketing antics kicked off in the Ranji season of 2013-14, where he scored 1,223 runs with six centuries. After his first stint at the IPL with the Delhi Daredevils, Kedar moved to the Kochi Tuskers in the next season before moving back to the Delhi Daredevils for a sum of Rs 2 crore. He even played for the Indian cricket team against Bangladesh in 2014 and Zimbabwe in 2015. Royal Challengers Bangalore picked him up in 2016 for an undisclosed amount.

These moving stories show us how devoted passion can not only make a fortune but also how humility and loyalty to something that you love and master places you on the path to stardom. The rags-to-riches transformations of these passionate youngsters are great lessons in dedication, perseverance, and giving your all to seize your destiny.