Yes, you can too! Bootstrapping your way to success without funding 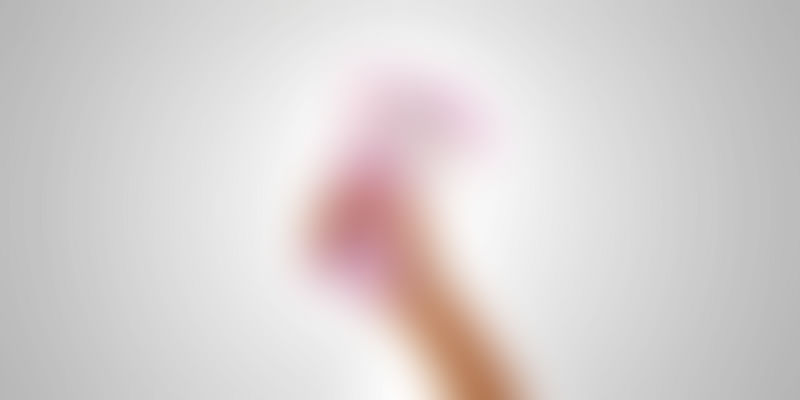 In a world where there is rarely a startup narrative without a VC attached to it, it is hard to remember that it is possible to build a successful business much before any funding trickles in. Some entrepreneurs do it because they don’t have a choice, some because they’d rather retain their autonomy. Whatever might be the reason, the crux of the matter is that if the complexity of winning funding is holding you back from following your entrepreneurial dream, don’t let it. Despite what you may think/feel, bootstrapping is always a viable option.

We dived in deep into the lives and times of bootstrapped founders, several of whom had VCs queuing up when their market credibility and value soared. Here are some lessons we gauged from their journeys:

Money may not be the sole criterion for success, but product is

The cash crunch is often par for the course for bootstrapped startups. Demotivation comes easy in such times, especially now that many startups make headlines every day by locking down million dollar fundings. Kailash and Sanjay Sahebrao Katkar, founders of Quick Heal, a bootstrapped company that made a turnover of Rs 350 crore in 2017, have a different view on this. The brothers’ journey has been an astounding one, with dramatic highs and lows. Between the two of them, they have lived in chawls, worked as calculator repairmen, dropped out of school, and aced both hardware and software technologies. They believe that a good product and customer approval are the only validations you need to know you are successful. It is a value that forms the core of all that Quick Heal does.

In an interview last year, Sanjay articulated this belief, “It’s not about the money. It’s when everyone automatically looks at your product to help them out – then you feel you have truly arrived.”

When a startup does not have the backing of large amounts of VC money, it is only a matter of time before it gets overtaken by bigger brands with deeper pockets on the back of legacy and marketing.

GoPro, one of those rare hardware startups that bootstrapped for years, found that the only way to stay relevant amidst competition from large players was to keep evolving and improving upon the original idea. What started as a wrist-bound 35mm analogue camera quickly pivoted to digital in order to stay on par with the increasingly popular smartphone cameras. Nick Woodman’s original inspiration behind GoPro was to build a surfing accessory, but the company soon evolved to support up-close high-quality photography in a variety of lifestyles and outdoor activities, including camping and trekking, auto racing, skiing, snowboarding, bicycling, white-water rafting, skateboarding, and more. One year after GoPro started selling cameras, it already had $150,000 in revenue. The company is now worth over $3 billion, staying bootstrapped for eight years before raising Series A funding.

Speaking of evolving the product beyond the obvious, Nick says, “At a certain point, the services that you build around the hardware become more important than the hardware itself.”

Nick advocates bootstrapping because it allows you to slow down and truly understand your market, your consumers, and all that your product can offer. He says, “Bootstrapping allows you total creative freedom. For example, if you decide to approach your business in a certain way that makes it a two- or three-year process to get to your first product, you can do that, versus being rushed into it by investors."

Marketing is one of the biggest cost-centres for all consumer-facing brands. It costs a lot, and often it is hard to gauge its ROI in rupee value. This might work for large brands, but huge amounts of advertising investment can break the bank for consumer-facing startups.

Wayfair worked around it. Founded by Cornell classmates Niraj Shah and Steve Conine, Wayfair is one of America’s most successful home goods e-commerce companies. It was profitable from the very first month of operation because the founding team saved money on mass marketing. Instead, Wayfair used a smart SEO tool to get discovered online that cost them a fraction of what advertising would. They bought hundreds of domain names that matched exact search terms. So no matter what a consumer was searching for, he’d eventually be redirected to a Wayfair product.

The founders started Wayfair in 2002, and their marketers and techies focused on getting footfalls to their websites. In e-commerce unit economics, this often translates to new customer acquisition. Wayfair has continued this marketing strategy through the years, even as more and more brand marketers focus their investments entirely on repeat customers. In a 2015 interview with CNBC, Niraj said, “If every dollar of ad spend is just for new customer acquisition, the payback is in less than a year.” Of course, when the collection or product itself is good, once discovered, customers keep coming back, as Wayfair proved, according to Niraj.

Test every good idea but settle only for the best

While the going can get tough for a bootstrapped startup, one benefit they do have is the freedom to unleash their employees’ creativity and test every good idea that comes forth. That is the lesson from Zoho, one of India’s biggest bootstrapped successes. The company went through many changes, tests, and pivots before it settled on its core offering, a signature online productivity tool and enterprise IT management software. Founded in 1996, the company has come to a point where its offering gives stiff competition to software giants like Microsoft and Google.

Speaking of the ability to find and utilize creative outlets while bootstrapping, Zoho founder Sridhar Vembu says, “When a VC invests in your company, you are part of a portfolio. They would like you to stick to one thing and wouldn’t want a conflict (with other portfolio firms) if you choose to diversify. We have had the freedom to reinvent, subject to the condition that we are able to fund our own inventions.”

Ask for ruthless feedback, and work on it

For a VC-backed startup, negative customer feedback does not affect the bottom lines, not immediately at least. For bootstrapped ones, it could mean the end of business as they know it. So it is important that businesses test their products and seek ruthless feedback from within their circle before it poses danger to business and mars their reputation. That’s what Sara Blakely believes in. Sara founded Spanx with her own $5,000 savings. Completely self-funded, it is now estimated to be worth $1 billion, and Sara is among the few self-made billionaires in the world.

Speaking on the value of seeking constructive criticism, Sara says, “Don’t solicit feedback on your product, idea, or your business just for validation purposes. You want to tell the people who can help move your idea forward, but if you’re just looking to your friend, co-worker, husband, or wife for validation, be careful. It can stop a lot of multimillion-dollar ideas in their tracks in the beginning.”

So there you have it. Sometimes, it takes a great product; other times, it is about marketing in unique ways or going after customer satisfaction. But the belief that only funded startups have the resources to do well is an outdated one. You will never know what’s possible unless you try your idea out and give it everything you have.