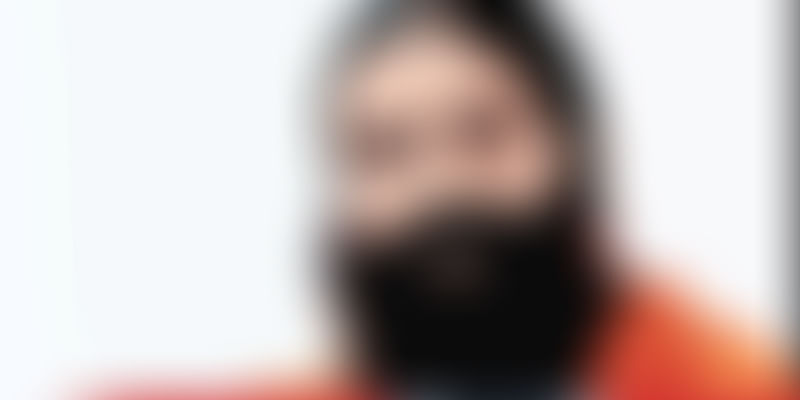 While as a financial proposition, it may make some sense, the news of the proposed LVMH-Patanjali partnership is as different as chalk and cheese to use a very tired phrase.

It is almost like two opposites trying to meet to pursue a new and common vision. The L Catterton Equity Fund was set up by LVMH to make investments in high growth companies with consumer brands, and is one of the largest funds in the world for consumer brands and packaged goods.

While people say a private equity fund can do exactly what it wants as long as it is a good return on investment, the heritage of the equity fund coming from LVMH, one would have expected that they would have looked at similar rather than dissimilar investments.

The L Catterton website describes the relationship between LVMH and the equity fund as follows:

"A world leader in luxury, LVMH Moët Hennessy - Louis Vuitton possesses a unique portfolio of over 60 prestigious brands. As part of the ongoing partnership, L Catterton enjoys a special relationship with LVMH and its family of brands, with both organizations actively collaborating in areas such as consumer insights, brand strategies, retail expansion and economies of scale across the collective portfolio."

On innumerable counts, the marriage seems incongruous even when one argues that it is an equity fund's sole purpose to look at businesses only from the view of it being an investment/ return.

L Catterton Managing Partner Ravi Thakran told the press that he is keen to explore markets like the US, Japan, China, South Korea and Europe for Patanjali. However, the markets he mentions are hardly homogeneous. Even the markets in Northeast Asia are not homogenous with China, Korea, and Japan displaying their own different characteristics.

The first hurdle for overseas markets could be the brand name itself - Patanjali. First of all, it is a four syllable name which is quite uncommon in Asian markets. The Japanese recognise the foreignness of names, both in Katakana and Roman alphabets and Chinese recognise foreignness when they see certain Hanzi characters.

And if the foreignness is attributed to Indianness, one is not quite sure what Indianness and Indian products mean in these markets.

For most Northeast Asian markets, India is considered mysterious and chaotic. The Chinese feel the India media is constantly portraying China as evil, which is not going down well with the Chinese. The only strength that these countries see is our IT talent. So it is doubtful if a name like Patanjali might make it in Asian markets, leave alone Europe and the US.

In countries like China, the government is officially atheist. So Babas and Vaids have no meaning or cache for Chinese consumers. According to some surveys conducted in 2008, less than 40 percent of the Japanese population is religious.

Patanjali has been essentially built on the wave of nationalism that overtook most people in the country along with the new government. It stands for India, it stands for the challenger brand that is going to topple the multinationals because they are looting our country etc.

It represents the fight of the common people to be lifted out of discomfort and exploitation. L Catterton, on the other hand, belongs to a luxury brand, that almost unashamedly represents an extreme of human narcissism and obsession combined with wasteful expenditure that is supposed to leave the user in a blissful self-indulgence.

LVMH's portfolio of 60 brands, and by implication one would expect L Catterton (after all a sub-brand of LVMH) would stand for product quality that is expected to stand out in the entire category, whichever category it is. With Patanjali, on the other hand, the quality is suspect, the labeling and packaging are tacky, but its users would never know better so would hardly complain.

For example, Wu a skincare brand that L Catterton invested in a few years ago in Taiwan is a world-class skin brand with excellent packaging and skin credentials. Patanjali's skincare range would not be a patch on Wu.

Most private equity funds like to take control of the company they are investing in. The Patanjali work culture could prove to be a hurdle for a foreign investor. Patanjali follows the GuruBhai work culture. It might be one of the few companies in the world where you could come to work in pajamas. The organisation is anti-MBA, and normally recruits from non-metros.

Some of the employee reviews from Glassdoor suggest that salaries are not paid in time, hours are long and that the entire company culture is racist.

This could prove to be a limiting factor for L Catterton.

Patanjali is a multinational slayer. It is obsessed with bringing every multinational corporation to heel. So, for an MNC like Louis Vuitton's L Catterton to invest in Patanjali a sum of Rs 3,000 crore or Rs 5000 crore, would represent perhaps the biggest contradiction with the Patanjali vision.

Equity funds look only at return on investments. Marketing looks at insights, positioning, brand building and brand synergies. The L Catterton fund that hopes to have a share of the Patanjali equity, is making some astute investments in India.

Only last month they invested Rs 500 crore in Riyaaz Amlani's restaurant business that includes brands like Saltwater Grill, Smoke House Deli and Social. A chance visit to Social revealed cutlery that reminded me of jail food because we were served in prison cutlery with bathroom tissue rolls which added a degree of distaste to the entire experience.

Maybe LVMH and L Catterton is betting on a big global tidal wave of herbal/ayurvedic products in the personal care arena, which might explain the interest in Patanjali if there is going to be a likely synergy between the two in the future.

LVMH has a range of cosmetic and perfume houses ranging from Guerlain to Christian Dior to Givenchy that could benefit from a herbal/ayurvedic infusion into their range. That is if L Catterton is looking at synergies with existing portfolios.

In the meantime, Patanjali has stoutly denied letting MNCs like L Catterton get a share of its equity. But in the world of corporate finance, stranger things are known to happen. So, the pride of India might well soon be the pride of France and the world.

It would be surprising if the products and the packaging as it exists now in the Patanjali portfolio would ever be able to leave the shores of India in its current form. Overseas markets are extremely quality conscious. North Asian markets look for very strong functional credibility in personal care products. Private equity funds are known to take control of the companies they invest in. One can only wonder how the Baba and Acharya would work with a bunch of professional managers who want to make their brand international.