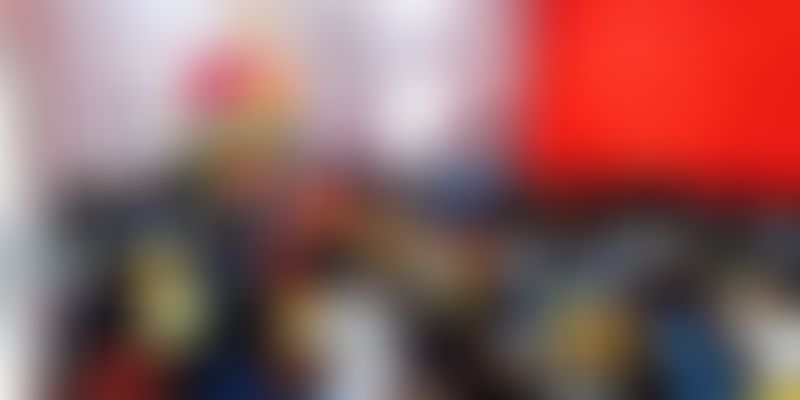 Most government schools in villages are in an unfortunate state, be it the poor infrastructure or lack of good educational facilities. However, many have come forward in the recent past to work towards improving this. One such story is of an NGO that has built India’s first digital government school in the Gwalior district of Madhya Pradesh.

This digital school in Adarsh village at Chinor in Gwalior district was built as a joint initiative by Ministry of Rural Development, and Muskaan Foundation. Muskaan Foundation is a youth-driven NGO which provides educational, financial as well as emotional support to children residing in orphanages or slums.

An ordinary government school was revamped to build a digital school where education is imparted through e-content based technology ‘Educomp’. The content is available in various languages, the subjects are taught in an entirely digital manner instead of using traditional books.

The school has installed two computers, and a projector has been set up in one of the rooms. There are 109 students from eight to tenth standard enrolled in the school, and two hours have been dedicated for students of each class to learn in the room with the projector.

There are specific apps which constantly monitor the attendance of students in class, and track their progress. The lessons being taught in classrooms by the teachers are also tracked on the apps on a daily basis.

The organisation has focussed on building a colourful infrastructure to ignite the minds of these young kids. The walls have been painted to teach various topics such as reproductive system and World Atlas, in a creative manner. The basic amenities such as drinking water facilities, and restrooms have also been taken care of.