With boot camps, web series and more, these startups are involving youth in governance 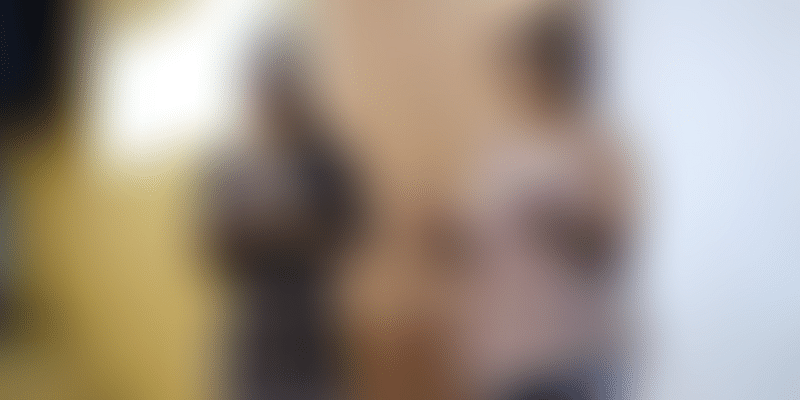 Even as the government focuses on involving young minds in governance and public policymaking, the cause is being ably championed by a few startups and individuals.

“Given that democracy is the will of the majority, and the majority of India’s population — nearly 400 million voters — is the youth, it is essential to look at the way this majority can be harnessed to participate in democracy and contribute towards the development of the country.”

Indeed, the 21st century has witnessed increased participation of the youth in matters of governance and policy making— be it the clarion call for Lokpal Bill in 2011-12 or wide-spread demand for a tougher law on sexual harassment resulting in the passing of The Juvenile Justice (Care and Protection of Children) Bill, in 2015.

However, unlike the West, the youth’s involvement in public policy in India is relatively new.

We list down a few of startup organisations and individuals who are spearheading the youth’s interaction with governance and providing them with various opportunities to participate in public policymaking in India.

Conceived and hosted by Meghnad S, this 10-episode series instantly hit a chord with social-media savvy youth. The programme “seeks to explain how a democracy works – your role, your elected representatives’ role and the relationship between the two”.

“In all the madness of TRP hunger and news organisations, a lot of subtle points get missed. The show wanted to make a point that policy is a big part of politics as well. And to start this engagement, we first had to go back to the basics and understand how constitution itself works,” says Meghnad, a public policy professional.

The web series, hosted by NewsLaundry, engaged youth in participative democracy – but not just through passive information exchange.

The show went a step ahead and engaged with the audience directly through “homework” — from asking the youth to pen down issues they would like their parliamentary representatives to discuss, to suggesting topics that MPs can take up as Private Members Bill, to discussing the role of Lokpal and its present status.

Founded by Harvard and Oxford alumni Rohit Kumar and Aparajita Bharti, Young Leaders for Active Citizenship (YLAC) encourages youth to engage in governance and civic participation early on, right from the school days.

“We feel that such an exposure at a young age can help students internalise some of the positive behaviours that are required to create an active citizenry in society. By getting a larger perspective on society, students are also able to make more informed career choices with a larger vision of how they can create impact through whichever field they chose to be in,” Aparajita says.

With two flagship programmes — the Policy in Action programme and the High School Achievers boot camp— this one-year-old startup aims to familiarise students with different levels of government, tools available to civil society, and the role of businesses and innovation in social change.

YLAC programmes take students outside the realm of what is conventionally taught in schools and universities. The Policy in Action Programme, a project-based four week engagement for university students and young professionals, is ideal for those who wish to develop a better understanding of public policy and development.

The key attraction of the programme is that participants also get an opportunity to work on live projects for Members of Parliament while developing core skills like policy analysis and advocacy.

The High School Achievers programme, a one of its kind summer programme, is designed to help young adults become active agents of change in their communities. It is a unique opportunity for school students to broaden their perspective, interact with thought leaders from diverse backgrounds, and create social impact by working directly on live projects for partner organisations.

Across Lutyens’ Delhi, legislative research is increasingly becoming synonymous with PRS Legislative Research and its Legislative Assistants to Members of Parliament (LAMP) Fellowship.

“We Indians value our parliamentary democracy, but we don’t understand what it takes to really get the wheels moving smoothly. The nuts and bolts of legislation have always been considered complex and only for specialists," says Nandan Sharalaya, a German Chancellor Fellow and a LAMP alumni.

"Arming our Members of Parliament (MP) with high quality research, one would assume, is a pretty standard thing for a country like India. But sadly it's not. PRS does the most ordinary and ungrateful job in a rather extraordinary way,” he adds.

The Parliament has 790 members from over 40 political parties. Each MP represents close to two million citizens and over 60 Bills are passed in the Lok Sabha and Rajya Sabha on an average, per year.

When CV Madhukar and MR Madhavan, the Founders of PRS, realised that MPs lack trained and high quality research staff or structured institutional support to help them figure out the complexities and implications of various legislations, they started the LAMP fellowship. This helps provide MPs with the necessary data and analysis for debates in Parliament.

Young adults below the age of 25 years assist and engage with the Parliament directly by working with a Member of Parliament for a tenure of one year, analysing Bills and committee reports, and thereby engage with governance and policy making.

Over the past decade, this cohort has grown into thousands and the fellows, post the one-year fellowship term, continue to engage with policymaking either by working with the government and various departments directly, or with policy thinktanks.

A group of like-minded people came together in 2005 to create the Indian National Interest platform of blogs as a place for serious discussion on foreign affairs and public policy concerning India.

In 2009, this platform was formally incorporated as The Takshashila Institution, an independent, non-profit, non-partisan, public policy institute which aimed to establish itself as one of the most credible voices in India’s public policy discourse.

To harness the potential of the youth and provide a sneak peek into policymaking and economics, including the functioning of Union and State Budget, the institute started a webinar-based Graduate Certificate course in Public Policy.

Ranjeet Rane, a GCPP alumni and Founder of The Dialogue, an online policy analysis portal, says: “The Takshashila Institution helped in providing a direction to my efforts to engage actively in the public policy domain. It enabled me to use my knowledge of political science into tangible impact on the ground.”

Designed to engage working professionals, the programme invites individuals to enter the growing professional sphere of policy, public affairs, governance and leadership, while pursuing their current occupations. Other programmes offered by them include Graduate Certificate in Strategic Studies, and Post-Graduate Programme in Public Policy (PGP).

“While politics and bureaucracy had been the traditional channels of engagement by the youth, we are now seeing youth engage in policy domain through short-term programmes that equip them with the right skillsets and motivation to continue engaging in participative processes,” Ranjeet adds.