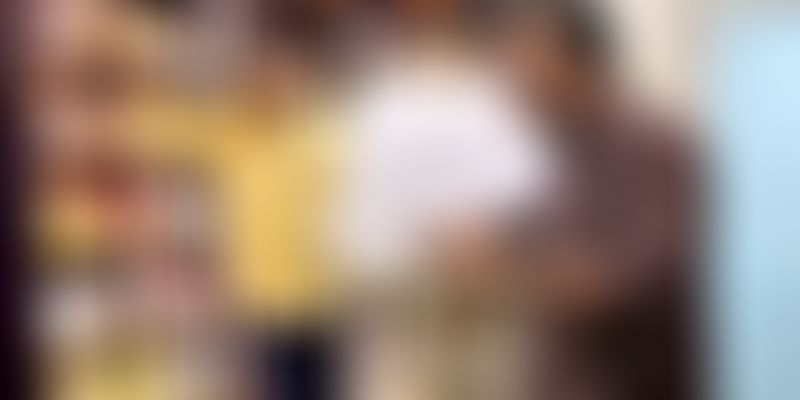 Being Jigyaasu’s Stand Up Science sessions in coffee shops and libraries is not only making science enjoyable for children in Pune, but is also helping them understand the basics of the subject.

Learning is considered tedious. Often because of the way things are taught. There is also a culture of fear which makes it difficult for education to thrive. Students fear subjects because of lack of understanding. But there are two people who are making learning a joyful experience. Rajat Agarwal and Prakhar Jain under the banner of Being Jigyaasu, are taking up unconventional ways of teaching children the basics of Science.

Rajat Agarwal hails from Pune. After graduating from BITS Pilani, he worked for an NGO Datri based in Chennai. Later, he started teaching Chemistry and Mathematics to IIT JEE aspirants. Prakhar Jain, who comes from Dhule, graduated from NIT Warangal. He worked at ZS associates for two years before shifting to teaching at the same institute.

While preparing students for competitive exams, they realised that students did not understand basic principles and theories of the subject. They often relied on rote learning and their ability to mug up the information. To address this issue, ‘Being Jigyaasu’ was conceptualised. It began with the mission to make science and other subjects interesting, by creating curiosity among students as a tool to gain scientific knowledge, in Pune. The founders have created an educational platform that provides lectures and interactive sessions to students between the age group of 12–16 years. For instance, in a session on Astronomy the real model of gramophone would be played to make students aware about the ‘golden disk’ that was designed by Carl Sagan, which has been placed in both the Voyager missions by NASA. They are aimed at communicating with extraterritorial life form. This prompts students to ask questions ranging from how to play a record on the gramophone to how will the aliens come to know who to make the record works? These interactive session continues for 1 and a half hour where students are free to ask any question.

Debraj Dutta, a class 9 student, who attended the Astronomy session with his mother says it inspired him to think beyond what is taught in the books and also ask questions. “In classrooms we study. Here, we interacted. I learnt about the Vayoger project and also asked various questions around it. I will make a project on that,” he said.

“We knew the best results could be obtained if we focus on students that are currently in secondary and higher secondary standards. We started taking ‘Stand Up Science sessions’ in the coffee shops and libraries for students and parents, without charging any fee. The response then motivated us to approach schools to cater to a bigger audience,” says Rajat.

Being Jigyaasu conducts sessions that last for an hour where they help students build strong understanding of the basic concepts of the subject and try to cover as many concepts as possible. The session also involves playing games around the subjects.

Jigyaasu“We strongly believe that curiosity makes learning more effective and enjoyable. Curious students not only ask questions, but also actively seek out the answers. Without curiosity we could never imagine a world that is so advanced,” says Prakhar. He adds that they have not faced any major challenges and the response from students and their parents has been encouraging. “They also give us feedback that helps us improve our sessions.” The only concern is to keep generating new content for the participants.

Though it is yet to observe a significant change in students’ attitude towards learning, Being Jigyaasu has reached out to around 2,000 students and 200 parents through its free sessions. Jigyaasu The sessions include Chemistry in the kitchen, History of Geography, Marketing, Mathemagic, Physics in sports, Genetics, Extreme animals, Stories from the periodic table of elements. All of this is managed by a team of six people, including four former students who are interning with the founders.

The concept was developed with an initial budget of around Rs 50,000. The paid sessions conducted in schools helps them meet the expenses and even make profit.

Rajat says “We both have similar approach to education and our aim is to break the established patterns and create a new wave of knowledge.” He adds that they want to reach out to more students and parents through schools and open sessions. They have received lot of requests for conducting sessions for parents. “We plan to start a Jigyasu parents’ initiative to help parents make their kids more curious and instill love for learning.”