The country's darling, and India’s 'first female Superstar', Sridevi, passes away at 54 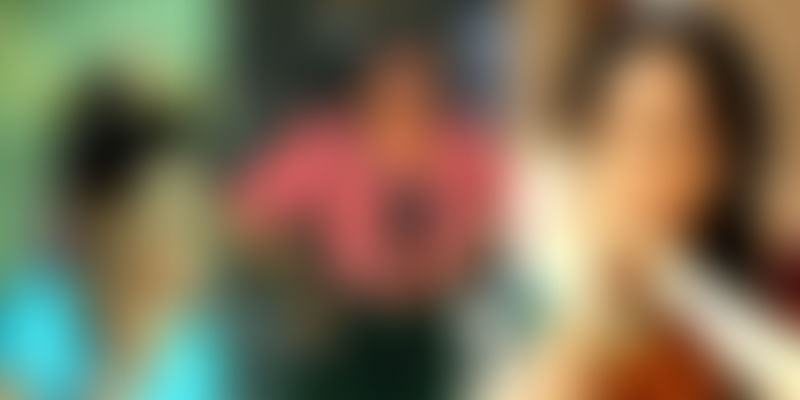 “I HATE GOD FOR KILLING SRIDEVI AND I HATE SRIDEVI FOR DYING” Ram Gopal Verma sums up the nation’s shock as Sridevi died of a cardiac arrest at the age of 54.

Bollywood sensation, 54-year-old Sridevi suffered a cardiac arrest on Saturday. She was in the UAE for the wedding of actor Mohit Marwah.

The news was confirmed by brother-in-law Sanjay Kapoor, who was unable to give more details. “Yes, it is true that Sridevi passed away... It happened roughly around 11.00-11.30. I don’t know more details yet,” he told The Indian Express.

Fans and contemporaries alike would say Sridevi was a natural – she had been acting since the age of four in Tamil, Telugu, Malayalam and Kannada films before entering Hindi films. Born in 1963, she won her first state award for best child artist at the age of eight for her performance in Malayalam film Poombata (1971).

Her Bollywood debut was also as a child artist, in the film Julie (1975). At 13, she was cast in an adult role, in the K Balachandar Tamil film Moondru Mudichu, with Kamal Haasan and Rajinikanth, no less. While in Bollywood, her début came in the form of a lead role in Solva Sawan.

It won’t be wrong to say Sridevi was the entire nation’s heartthrob – her range and versatility were baffling, and her performances, always memorable. Sadma, Chandni, Himmatwala, ChaalBaaz, Mr India, Nagina, Mawali, Tohfa and Gumrah are some of her most prominent films, and interestingly, her husband Boney Kapoor himself has produced most of her hits. She was also part some cult films such as Sigappu Rojakal, 16 vayathinile, Jhonny, Varumai Niram Sigappu, and Priya.

Awarded the Padma Shri for her contribution to cinema in 2013, a year after she made a comeback in English Vinglish, no one could tell that she had been missing in action for fifteen years. She also appeared in the film Mom last year.

Sridevi has won five Filmfare awards, as also credit for proving that women-centric films with strong female characters can enthrall and entertain, and make commercial sense, too.

Sridevi is survived by husband Boney Kapoor and daughters Janhvi and Khushi. The former is preparing for her own Bollywood debut this year, with Karan Johar’s directorial Dhadak.

Tributes have been pouring in, as celebrities and prominent figures took to social media to convey their condolences. PM Narendra Modi expressed his shock and sadness, tweeting: "Saddened by the untimely demise of noted actor Sridevi. She was a veteran of the film industry, whose long career included diverse roles and memorable performances. My thoughts are with her family and admirers in this hour of grief. May her soul rest in peace: PM @narendramodi."

Kajol tweeted "Shocked stunned. Still see her laughing talking. Unbelievable. Actor par excellence. A school in herself.. learnt so much from her. Still can’t believe it. A huge loss. #Sridevi"

It is Ram Gopal Verma, however, who seems to be the most shaken from among her admirers and friends in the fraternity. In a long, beautiful, heartfelt Facebook post, he shared some of his memories with her, describing her as a “goddess of beauty.” In his post titled “I HATE GOD FOR KILLING SRIDEVI AND I HATE SRIDEVI FOR DYING”

"I wrote Kshana Kshanam with the one and only purpose so as to impress Sridevi. Kshana Kshanam was intended by me as a love letter to her. Throughout the making of Kshana Kshanam, I just couldn’t take my eyes off her charm, her beauty, her personality and her demeanour was a new discovery for me. She had an invisible wall around her and she does not let anyone cross that. Behind that wall, she maintains her dignity and her self-respect and she never lets anyone inside. For me, she formed the epitome of cinematic acting. Her popularity and stardom had to be seen to be believed. When (fans) came to know that Sridevi was in town, banks, govt offices, schools, colleges, everything in town closed as everyone wanted to see Sridevi," reads an excerpt from his post.

Even as we try to grapple with the reality in which a star of this stature may perhaps, never again grace the screen, we could find solace in the fact that in the billion-year history of the world, and the hundred-year history of cinema, our lifetimes coincided with the reign of Sridevi.