With Dara Khosrowshahi, Uber sees marked transformation after a year of bitterness 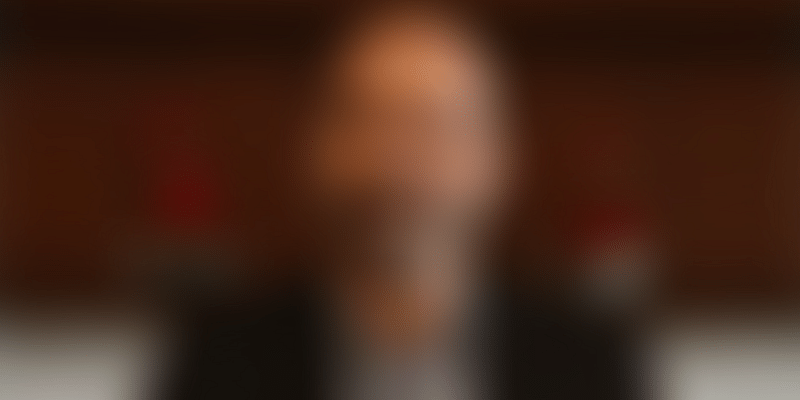 Dara Khosrowshahi is back in his US office, but takeaways from his visit remain. An account of my three days observing the CEO of Uber in action in Delhi.

“He is different. Everything about him is different,” says an Uber employee about CEO Dara Khosrowshahi. I ask him to elaborate and compare with Founder and former CEO Travis Kalanick, but that brings some awkward shuffling of feet, efforts at avoiding eye contact, and some mumbles.

The team affirms the difference, but is careful not to elaborate, and it reminded me of the Bloomberg article, which said - “He was all that Kalanick wasn’t or couldn’t be.”

It isn’t the first time an Uber CEO has come to India. In December 2016, Travis had made waves in India. His visit was marked with the launch of uberMOTO at Hyderabad’s T-Hub, attending a wedding, loving ‘Hindi’ weddings, and being flippant and heedless about competition.

Dealing head-on with the problem

Dara, on the contrary, brought in more maturity. While the confidence that goes with a top office in the Valley was definitely present, the former CEO of Expedia also brought stability to the table. Among the key meetings during this India visit, was a driver’s roundtable.

“As driver partners, you are the face of Uber to the consumers. You are very important to us,” said Dara at his first drivers' roundtable in India. Being the only outsider at the meeting, I couldn’t help but remember the video of Travis having a row with an UberXL driver.

The view that Dara has on the competition is also that of a mature leader. “There is much we can learn from local competition,” he said.

What got my attention was Dara trying to understand how driver partners fare with Ola, what Ola was doing better, and how Uber could learn from its competitor. In the three days Dara was in India, he showed nothing but respect and regard for competition.

In Dara, I saw a leader who understands what is wrong with the company, acknowledges the mess it is in, and is unafraid to take the right steps towards bringing in change.

Away from the limelight but still in it

YourStory Founder and CEO Shradha Sharma, on her interaction with Dara, said:

“The first thing that struck me when Uber CEO Dara Khosrowshahi began his roundtable address in New Delhi was how different he sounded from his predecessor. Travis Kalanick, it seemed, had always enjoyed the media, being the centre of attention, being in the limelight. Dara could not be more different. And yet he is slowly embracing the attention because, as he puts it, it is part of the job of running a company like Uber. His responses ring true; they are measured, nuanced and fact-based. He doesn’t love the spotlight, but he’s not going to avoid it, preferring to face questions with facts, and what might soon become his signature trait - transparency.”

While Travis was reportedly one of those known for his combativeness, shotgun style of management, and unwillingness to listen, Dara “listens to everyone in meetings,” says another Uber employee. Travis thrived in the hustle and aggressiveness of things, and Dara seems to have a firm and conscious hold on what needs to be done.

A company teetering towards positivity

There has been enough and more spoken about Uber, and what was wrong with it for a year. Needless to say, it hurt the morale of the company, and employee, based in San Francisco, told me on condition of anonymity.

“The past year has been tough even for us as employees. There has been so much spoken and discussed that everything feels unsettled and difficult, the general morale has been low and difficult. And the coverage has all been about how dysfunctional we have been. It was demotivating the least to say. But things have changed. When Dara first joined, he had a call with us and a video conference. It was the first step towards bringing confidence.”

When Dara took over the reins of the San Francisco company on August 28, last year, far way in Bengaluru, we wondered whether the company would see a turnaround. The hustle-culture seemed too deeply rooted internally to see change. I remember a colleague saying - ‘He is wading into a mess that is going to take a while to sort and clean.’

But Dara has much working in his favour. While in Delhi, he said:

“It is rare that a founder-led company grows that fast and that far. There is a lot going in favour of Uber. It would be wrong to break or change any of that.” Dara is right. Uber has been one of the best-known startups in the world, and reportedly commands 77 percent of the market share in the US.

It has a strong presence in over 80 countries, and according to Harvard Business Review (HBR), is still sitting on a massive cash pile from its last financing round. HBR calls it one of the most valued unicorns in the history of business. So, what is Uber’s next play?

Dara said, “We can talk a lot about strategy and next steps, but culture is what defines everything and we are working to build that culture. And that is one of my key focus areas.”

One of the first things he did was to float an internal survey to understand what Uber’s employees believe its core values are. From there, the company built its values and culture.

Needless to say, Dara’s every move has been watched as closely as pieces on a chessboard. This time around, in Delhi, I couldn’t help but see a starkly different CEO, and an organisation chartering a new path for itself.

What really caught everyone by surprise was Uber settling the Waymo lawsuit for $245 million. This settlement was relevant because it was different, and for someone who has been following the cab aggregation space and Uber, very un-Uber and un-Valley like.

To give a small context, an entity of Google’s parent Alphabet, Waymo is the autonomous car unit. It took Uber to court for allegedly stealing and implementing Waymo’s technology and for allegedly using its trade secrets. Thanks to the notorious Anthony Levandowski, who was earlier with Google and who Travis hired.

Uber settled, and Waymo got 0.34 percent of Uber’s equity, valued at $245 million. In the larger scheme of things, this seem to work in Uber’s favour as it took steps to mend bridges with Google, an investor in the ride-hailing company since 2013.

In a span of one year, Uber had gone from being called one the most valuable startups in the world to the world’s most dysfunctional startup, becoming a strong example of what was wrong with Silicon Valley’s ‘bro culture’.

To me, as to many others watching this space, the Waymo settlement was the company’s first step towards ‘growing up’ and ‘owning up’, and in this, Dara seems to just fit in, and add appropriate value where it is needed the most.