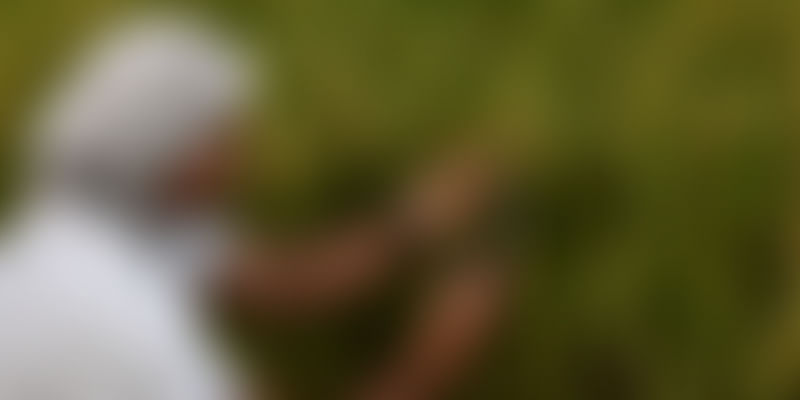 The FaaS model is the beginning of change where agriculture can be viewed positively and can be a profitable business for all.

The Ola and Uber cab services disrupted the public transportation system. Is India ready for the next wave where agriculture can be offered as an on-demand service to farmers?

Known as the ‘Farming as a Service’ (FaaS) model, many agri-startups, over the past five years, have brought together various stakeholders in the sector on a common platform enabled by mobile application. Their vision is to make farming a profitable and a sustainable occupation by providing the services required by the farmer in real time to ensure a good crop yield in the harvest season.

IT veteran and tech investor Mohandas Pai, says that investment in FaaS “makes good business sense” as “data and patterns” show that “big middleman margins” are “ripe for disruption.”

Adopting the FaaS model, startups such as Oxen Farm Solution has eliminated the labour crunch in this space through mechanisation, and has made farm equipment available at an affordable price. Through the m-commerce platform, another agri-startup Agro Farm, has partnered with multiple leading national and multinational brands enabling the farmers to buy seeds, nutrients, and crop protection, as well as hardware products.

With enabling government policies and both the central and state government’s push towards this model, agri-entrepreneurs are receiving a positive response from investors. Venture Capitalists and investors have become more confident in the viability of these business models and the returns.

“FaaS has a lot of potential. Total investor funding for FaaS in India is currently $105 million to $115 million. More than 40 percent of funding rounds are at a “series stage,” indicating investors’ high level of confidence in investing more money in the growth stage,” says a report, ‘Farming-as-a-Service’, published by Bain and Company in partnership with Indian Institute of Management, Ahmedabad.

Several corporate giants have started using their initiatives to support FaaS. For instance, in 2016, Mahindra and Mahindra, India’s largest tractor maker company launched Trringo to rent out farm equipment to farmers across India. With Trringo, the company aims to raise the level of mechanisation in farming through the power of technology and a strong franchise network, enabling farmers easy access to tractors at an affordable price.

John Deere partnered with EM3 Agri Services to provide technical support to EM3’s tractor and harvester fleets. Through e-Choupal, ITC procures produce directly from farmers and they are currently looking to expand to become an agri-aggregator as well.

Abhilash Thirupathy, Co-founder of Gold Farm, says, “In the last two to three years, the consumer internet-based ventures have gone into Series D-F funding stage. The sector has gone into a consolidation phase. Then there was a fintech boom; and after that people started looking at the next new opportunities. And this is where food security and agriculture came in. With enabling government policies and outlook, the impact investors started to view this sector more positively.”

His company has raised two rounds of funding till date with Infuse Venture and the Mahindra Group.

Addressing 300 policy makers, farmers, economists and bankers, Modi called for “hackathons” and the need to think for out-of-the-box ideas to improve the state of agriculture. “These really work, believe me. Their solutions have worked in other areas of governance,” he added.

Abhilash was one of the participants in this event. He says that this positive outlook and collaborations between the startups is sending a positive signal to the investors.

“This interaction clears the air for potential investors. They are assured that with the backing of the government, this sector will not face negative interference in the long run, like Ola and Uber cab services did,” he adds.

FaaS-based startups have gained popularity as investors pump millions of dollars into them. Total venture capital (VC) or private-equity (PE) funding has increased about 5.5 times in the last three years.

The FaaS model is already making its presence felt in India, and in the coming years, this ecosystem has the potential to change the way we view the Indian agriculture sector. By bringing all the stakeholders to one platform, the problems faced by the farmers are addressed through technology-driven services.

Given the increasing and widespread access to internet, agri startups are gearing up to address the challenges — be it procurement of seeds or access to farm equipment — through a mobile app.

Further, with data collection and IoT services, one can imagine a space where even the seed procurement and crop harvesting will be done according to the resources available on the land, thereby reducing uncertainties and risks.

Perhaps the FaaS model is the beginning of change where agriculture can be viewed positively and can be a profitable business for all.