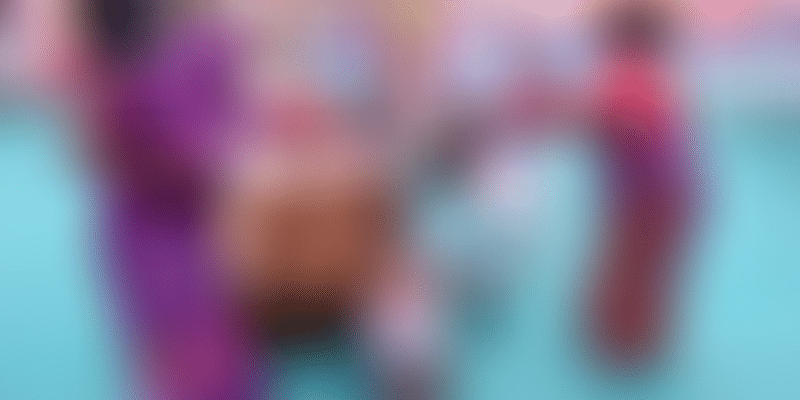 Sattvik, an annual food festival in Ahmedabad, highlights diversity in cultures and tastes to stimulate the demand for local crops and their varieties.

With local restaurants offering international food, one often forgets the richness of Indian cuisine in terms of taste, ingredients, and variety. As diverse and numerous Indian ethnic cultures are, so are the cuisines. In a humble attempt to revive the tastes of different times and spaces, Sattvik organises a platform to celebrate traditional nutritious food and associated knowledge systems.

For 15 years now, the Society for Research and Initiatives for Sustainable Technologies and Institutions (SRISTI) has been organising organic food festivals in Ahmedabad.

Prof Anil Gupta, Founder of SRISTI and a retired IIM-A faculty member, says, “We expect that creation of demand for rare or less cultivated yet nutritionally rich crops and varieties will stimulate their cultivation. This festival aspires to put the lesser known but nutrient-rich food such as sorghum, ragi or nachini, from various regions, on the plate of urban communities, thus helping them to adopt healthier food habits and lifestyle.”

The festival also hopes to encourage farmers to grow such crops and augment their incomes.

For the first 13 years, Sattvik was held in the IIM, Ahmedabad Campus. In 2016, the venue of the festival was shifted from IIM-A to AES Ground, in Ahmedabad, where the last two editions of the festival were held.

The 2017 organic food festival was attended by nearly 75,000 people, where 150 stalls were set up by people from 20 states across the country.

Each stall is allowed to sell maximum six food items. Of these, at least two recipes are necessarily made out of indigenous crops from the different regions of the country — the intent being to revive traditional recipes and ensure that forgotten food grains find place in modern-day palates.

For the past two years, the Union Ministry of Women and Child Development has sponsored 50 food and craft stalls from different parts of the country, at the food festival. An added attraction has been the exhibition of 200 varieties of rice from which 20 different dishes were prepared for tasting.

Ramesh Pate, SRISTI secretary, says, “This year, children from Dheduki village in Rajkot district offered cactus juice and unique varieties of kulfi and ice-cream. These became an instant success among the visitors. The profits where sent for the education and well-being of the children.”

Sattvik also hosts an organic farmers’ market known as ‘Khedut Haat.’ Several organic farm products and some uncommon grains from the tribal areas of Gujarat such as the old varieties of red rice, krishna-kumud rice, local varieties of soybean and minor millets such as Bawto, Bunti, Ragi and Kaali moong are available at this market.

Apart from the usual vegetables, the colocassia leaves and bulbs, drumstick, single-bulb garlic, gooseberries, yam, pumpkin along with all kinds of organic vegetable and green leafy produce are also sold here.

Although Sattvik is primarily a food festival, it has evolved much beyond its mandate. It is a cultural milieu of people who have come together to exhibit the rich heritage of the country.

Be it pottery, folk dance, music performances, handicrafts, or workshops for kids, Sattvik has been providing a platform to all.

The artistic displays and performances mostly belong to the interior parts of the country and often have untapped potential.

At the festival, there is also a corner for students to exhibit their talents. Here, students from different schools showcase prototypes of creative and innovative designs. Dubbed as ‘The Innovation Exhibition,’ this exhibit is sponsored by National Innovation Foundation – India (NIF) and Gujarat Grassroots Innovation Augmentation Network, West (GIAN).

The Innovation Exhibition is aimed to bring forth the grassroots creativity of the students before the visitors. This exhibition also serves as a platform for obtaining feedback on selected technologies from the visitors.

Every year, for the past 15 years, nearly 60,000 people have been attending the food festival. In future, Sattvik hopes to have at least one lakh people at the festival.