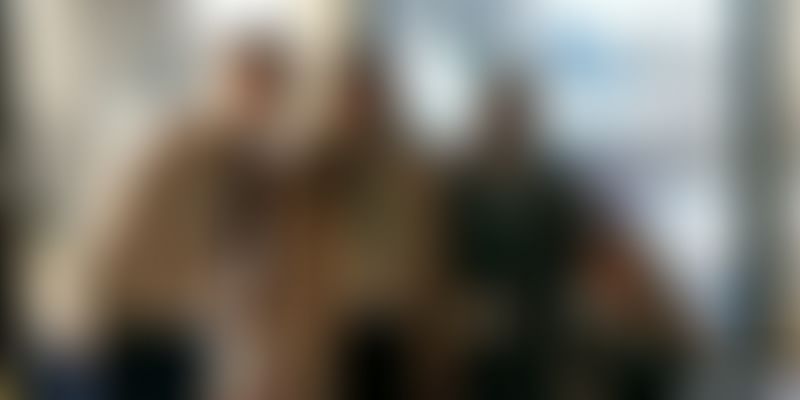 Houzen is an online platform that aims to make interaction between landlords and agents efficient so that properties can be matched with tenants as quickly as possible.

No matter which part of the world you are in, finding the right house is always a challenge. This was something Saurabh Saxena had first-hand experience of. Having lived in many large cities, he realised those like London, Paris, Mumbai, New York and Singapore had similar issues when it comes to housing - supply constraints, which put landlords and their agents on a higher pedestal.

Saurabh, then on his way out from his role at Quandoo, where he led the Western Europe region for his company, set up Houzen to solve the real estate problem in larger cities.

Houzen is a supply side engine that aims to make interaction between landlords and agents efficient, so that properties can be matched with tenants as quickly as possible. Saurabh claims Houzen typically finds a landlord a tenant within three to five days of a property being uploaded on the platform.

Going ahead, the company aims to use Machine Learning and Artificial Intelligence (AI) to match properties and tenants in real time, the end vision for the product.

“Once this is achieved, Houzen will become a real time property exchange, which helps make the market more liquid thereby making the market efficient, and cheap to operate. A similar comparable can be seen in stock markets, and travel markets where securities or stocks are traded in near real time, and the cost of transaction is massively reduced,” says Saurabh.

As of now, Houzen acts as a middleman between a landlord and agent. The former uploads property detail and attributes like the number of bedrooms, price range, post code/address on Houzen, which is matched with agents. Owners can then chat with agents, and give them any instructions.

If an agent accepts the terms set by the landlord, the former becomes legally bound to find a tenant. The agent typically takes two to three days to find a tenant, and once found, they upload their profile on the website, which is pushed to the landlord. Upon acceptance of a tenant profile, the landlord pays Houzen the fees. Houzen retains a commission and releases the rest of the agency fees to the respective agent.

After the core idea, finding the right people for the team is the biggest challenge for a startup. “Before anyone would come onboard, I would need a few star engineers to build out the product. I probably interviewed over ??? engineers, and also took help from a friend of mine who heads India operations of Sumo Logic to informally help me,” says Saurabh.

Biswa Sinha and Shubham Mishra came in as the tech founding team, and started building the first Houzen MVP?(minimum viable product) along with Ravi. Soon after, Saurabh’s friend from Oxford, Rayhan Sawar ( joined in to help out on giving the product a clear direction.

Rayhan was one of the first few employees at Groupon UK, and had led marketing campaigns across Europe, South Africa and Israel. Biswa took over as CTO, Shubham as head of engineering innovation, and Ray came in as a co-founder and head of product.

The next tough step came in the form of finding clients. “We were lucky to land our first client "Greystar" which is the largest landlord in the US, and had forayed to the UK with an ambitious expansion mindset. After them, many more prestigious clients followed,” says Saurabh.

The team had substantial seed money to give it a 12-month headstart. “Due to our network, we had the benefit of landing a nice term sheet from a large European RE PE fund early in the process of fundraising,” says Saurabh.

However, when Brexit hit, the term sheet was pulled back and Houzen had to go back to the market to raise funds. “Luckily for us, our business is one with strong fundamentals and a clear revenue generating model. This gave private angel investors the comfort to back us. Houzen has had the privilege of being backed by some of the most influential European investors who are mostly senior partners at some of the bulge bracket private equity funds,” says Saurabh.

The team currently claims to be closing four to five deals per week, and expects this number to double. “We currently work with close 10 clients who have over 10,000 units under management. by unlocking our pipeline, we will have access to 20,000+ units over a period of time. Since earlier this year, we have been growing 27 percent month-on-month,” says Saurabh.

The team is currently looking at a pan-European expansion, and is looking to partner with Indian and Singaporean property tech businesses. After London, it aims to expand to Germany and France. Houzen is also in talks with some of the largest players in India, like Proptiger and Property Guru.