Sell pads at Rs 2, I will tie up with you for free: R Balki’s challenge to all major sanitary napkin companies 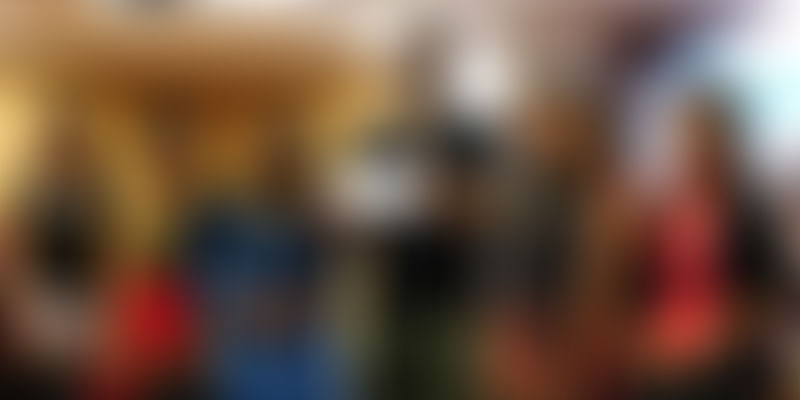 As Padman releases today, the focus on menstrual health and hygiene has just got bigger, and hopes to turn into a movement.

For R Balki, Padman is not just a film; he hopes that it snowballs into a movement – and eventually, the rebellion that could be marked as the exact point in history that neatly divides our evolutionary journey into the eras before and after the existence of menstrual taboos.

And the smaller mutinies that would spark this revolution have already started, even before the film’s release.

For starters, after two strikingly candid panel discussions that spanned roughly an hour at Mumbai’s plush World Trade Centre, the hands that shot up in the air trying to gain R Balki’s attention were no longer distinguishable as male and female – they had all been converted to champions of the cause. In the questions directed to him from the evidently male voices, not a single hitch or quiver was to be found.

In fact, this newfound comfort surrounding the topic resounded across the room, quite literally, as one of the six patrons of the Laadli movement by Population First, hailing from Shahpur, yelled at her companion in the audience, from the stage, to hand her the sanitary pad she had brought along for a demonstration but forgot in her purse before going up on stage.

“It’s incredible – that this group of girls that does not even have a theatre in their village, are talking about menstrual hygiene so boldly – I’d like to see a rich educated lady in Cuffe Parade talk with such candour and boldness. The future of India lies in places theatres can’t reach,” says R Balki, at a press interaction post event.

R Balki says that he has received a very good response from people across the board, including the usual suspects - religious extremists or conservatives – who would normally act as miscreants when a women’s rights issue is being tackled.

He says that this support is not for Padman, but for the real Padman – Arunachalam Muruganantham - and the cause he has dedicated his lifetime to.

After Twinkle Khanna saw “Muruga” – as R Balki refers to him fondly – at a conference in London, Balki decided to probe further. “I had known about this man but I was always very scared to make a film on anybody’s life. Forget what he did – I was scared if I will be able to do justice,” he says.

But he was convinced that the film needed to be made the very first time he had the fortune of meeting the grass root-level innovator at work in his workshop in Coimbatore.

“There he was, working with his machines, khakhi pants, white shirt, and, peculiarly - chequebooks full of signed blank cheques in the corner. All his suppliers would simply tear one off as per their needs. I asked him – and he said, “why do you look scared – they will only take what little is in the bank na, nothing more!

Why waste money on accountants? This was because he is a businessman, who has become famous for not making money. Social workers and change-makers obviously don’t want to make money, but here is a businessman with the ideology that if he is making too much profit that defeats the purpose of his business. His whole business model is to transfer the benefit of the reduced costs to his customers,” narrates Balki.

It is the first “mainstream, commercial” film to tackle this subject worldwide. “Cinema is a powerful medium – and a commercial mainstream film which is not only seen in festivals but screened on a wider scale, with Akshay Kumar, such a household name, playing the lead – gives everyone the licence to partake in this conversation openly,” he says.

The film has also been screened by Women and Child Development Minister Maneka Gandhi for her ministry, and R Balki has agreed to circulate free DVDs to grassroot organizations like Population First because he realises that before solving the problems of access and affordability, there needs to be awareness.

“For Muruga, a visionary, it is not lack of funding holding him back, he says he can make fifty times more machines, but the people don’t even know about the problem – affordability and access come much later. People aren’t aware that there is a problem in the way things have been going on for so long,” states Balki.

He feels like government as well as corporates need to be a part of the change. When he was promoting the file, all the multinationals manufacturing sanitary napkins wanted to get associated with a movie like Padman.

“I told them one simple thing. We will tie up with anyone, free of cost, no commercials, but sell your pads for Rs 2, and match Muruga’s price. None of them could do it. I said, don’t treat it as philanthropy, treat it as a business strategy with a long-term goal. This will be like sampling, to get people to start adopting sanitary napkins,” he says.

While no one could take him up on this offer, the corporate organisations have all been very supportive- and wish to takae part in the the cause in their own way. As for Balki, he hopes that his film is the first step in a long but rewarding journey. The campaign calling upon internet users to pose with a sanitary napkin is one initiative – and another major stride is their ingenious idea to auction the cycle used in the film, for the cause of Menstrual Hygiene addressed by Laadli.

The online auction is being hosted on Bidkartz.com, and will be live till February 20. The proceeds will be donated to Population First towards their initiative Laadli. “Watch the film. It’s not preachy, it’s not a documentary, it’s entertaining and funny. I want to do a lot more – once the film releases, hopefully it will take off, and I want to see what more we can do, what more we can auction, and how else we can contribute to this cause,” he says.