Signature master chef Ranveer Brar and master blender Caroline Martin were recently in Bangalore to kick off Signature Tastings, a series of masterclasses, where both experts showcase their expertise in their respective fields.

Selected food bloggers, food celebrities, and whisky enthusiasts turned up at UB City’s Fava to listen to the masters talk about their commendable journeys. In a nostalgic vein, Ranveer recalled how his passion for food all began. “I grew up in Lucknow, where food was a part of who you are. I realised it was my calling when I was about 17 years old. I was roaming around the city and it just hit me - there is so much more to food than just cooking. There is a story behind every dish, an emotion, and a certain sense of belonging and pride. That is when I decided that this is what I want to do,” he said.

The Punjabi munda has come a long way since. He travels across the world, experimenting with different cuisines, judging cooking competitions, and shooting for various shows. Caroline on the other hand, grew up in Scotland, and has been a part of the industry for over 32 years now. She said, “It’s fair to say that when I started, I didn’t know I would end up in blending whisky. I started off with flavoured products and got really interested in nosing and tasting different alcoholic drinks. It has been a really interesting journey so far.”

Of Signature cocktails and food

At Signature Tastings, the audience watched in awe as the masters created a symphony of food and Signature whisky pairing for the very first time! The event saw Ranveer and Caroline unite their passions to curate a special food menu cooked with Signature Premier Whisky.

Talking more about what she does, Caroline explained, “Most of the time I’m working with scotch whisky. The fact that it is blended, means that there is a combination of single malt whisky and single grain whisky. But with Signature Premier Whisky I wanted to create balance between the flavours, which is why, it includes scotches of both grain and malt, as well as Indian malt and grain spirits. It is the only Indian whisky blended with an eight-year-old scotch”

“Signature has maple-ish notes, which automatically takes it to a very barbeque flavour. So we’ve created a barbeque sauce with Signature. Apart from that, I think apple is a good space to experiment with because it transcends very well. I think that’ll go very well with the three levels Signature operates on - the smoky, the richness and the grainy,” Ranveer added.

Talking about their favourite food combinations with Signature, Ranveer picked tandoori chicken, while Caroline went for the spicy Scottish national dish, haggis, a savoury meat pudding that is traditionally accompanied by mashed potatoes, turnips and a whisky sauce.

Passion and patience: the perfect pairing

The two masters have had plenty of experience in the course of their journey. Ranveer has worked with a lot of cuisines. “I’ve had very interesting cooking experiences, especially in India,” he said. He recalled cooking with an 85-year old Bishnoi woman, “As chefs, we are so used to lavish displays of food. But here was this lady, who made me a meal with barely any ingredients and spices! That was the most amazing lunch I’ve had in my life!” He also remembers cooking with the 95-year old Mubarak Ali from Lucknow. “That man could barely even get up from his chair, but he could whip up five dishes in an hour alone!” he exclaims.

But none of this would have happened if the duo hadn’t followed their passion. Caroline explained, “I didn’t know I was going to end up here. I was just interested in the world of sensory, so I just followed my passion to wherever it took me. There have been times when it hasn’t been easy, especially when it comes to being a woman in this sector. But you need to have the confidence to keep moving ahead. So just keep at it, and don’t give up.”

“I also think you need to blend your passion with the belief that ‘this too shall pass’. Patience is the key, and we learn that only with age. It’ll allow you deal with failure better,” Ranveer added with his usual charismatic smile.

The Signature Tastings with the Master Blenders is being held across five cities from February 19-23, kicking off in Bangalore, and moving on to Mumbai, Delhi, Kolkata and Guwahati, in that order. Participate in the #MySignaturePairing Contest to be a part of it! 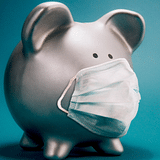 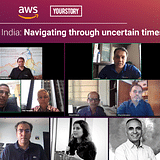