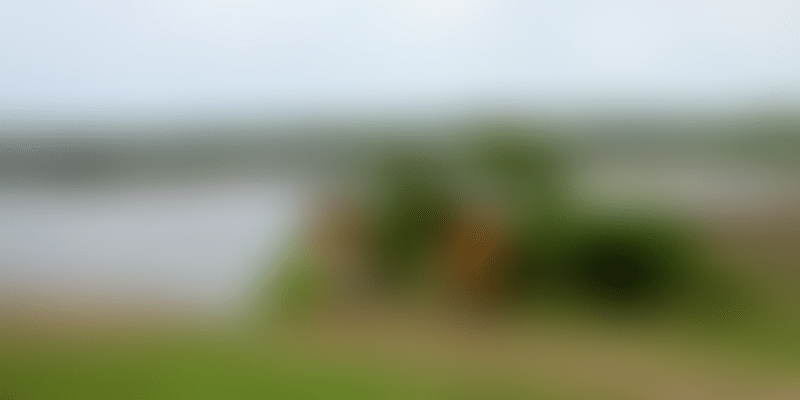 Although land and groundwater around the Tarapur atomic plant had turned saline due to seawater ingress and presence of a saltpan, villagers have successfully redeemed and reclaimed the land

Farmers of Tarapur village, 129 km from Mumbai, are in a celebratory mood as their bore wells slowly get recharged with rainwater harvested in a pond. It offers them the possibility of growing vegetables in large tracts of land lying waste. After a long court battle, it is a dream come true for the villagers, as they could harvest rainwater in an expanse that used to be a saltpan.

What was a repository of saline water brought in by the high tides of the Arabian Sea through the Tarapur Creek over three decades is now a mammoth pond storing 156 million litres of rainwater. Dotted with villages on both sides, the pond, recently named as Tarapur Shrikrishna Talav, spread over nearly 45 acres, is likely to be the largest man-made pond in the state.

Drug manufacturers, specialty chemical manufacturers, steel plants and a couple of textile plants set up their units in the complex, spread over 2,558 acres. With the industries providing job opportunities, the youth and the skilled workers stopped migrating to cities and found jobs in the industrial estate. The older generation continued to farm.

However, as land and water turned saline due to seawater ingress, making them uncultivable, the villagers decided to reverse the situation. Accomplished by the efforts of villagers, with the support of a service organisation, the pond is a remarkable feat of rainwater harvesting, which besides irrigating the fields in the summer months will recharge wells.

“Till the early 70s, besides growing paddy during the monsoon months, we grew vegetables, irrigating our crops with water from the big natural depression that turned into a pond with rainwater,” Sharad Save, a sexagenarian said. Given the apathy of the authorities, the bunds of the pond were not maintained, leading to seawater ingress. The neighbouring lands and groundwater turned saline.

In 1972, without conducting environmental impact assessment surveys, the Maharashtra government allocated 39 acres of revenue land to Garodia Salt Works (GSW) on lease, to set up saltpans. The pond that the villagers were using for irrigation was part of the 39-acre allotment. The consequences were soon evident as the yield of the surrounding farms declined steadily and the salt water from the pans affected the subsoil water.

In 1978, the then state lawmaker from Bassein, Pandharinath Chowdhary, had alleged that in Tarapur and Chinchni villages, water in 175 out of the 200 wells had turned saline because of the saltpans. Lok Ayukta, the local ombudsman court, validated the allegations after making an independent investigation.

After a court battle, the Khar Land Development Circle (KLDC), with the support of the local MLA and Tarapur Vegetable Growers Association, wrested the land from GSW in 1992. Though salt production stopped, the land lay waste as it had turned saline. After villagers’ repeated appeals to construct bunds to stop the ingress of seawater, the KLDC built an earthen bund in 2012.

The new embankment, about 540 m long, was meant to protect the total reclaimed land of 393 acres from summertime seawater ingress, but failed to do so.

For five years, the villagers worked on sealing part of the 393 acres by raising the level of the existing road that divided the area into two sections. The one on the village side was the smaller 39-acre erstwhile saltpan.

The villagers decided to create recharge bores within the saltpan area, to facilitate the entry of sweet water. To their surprise, they found that the groundwater was brackish. Then in September 2016, high tides followed by heavy rainfall led to submergence of the bund in some places, besides breaches.

“The villagers of Tarapur approached us in October 2016 expressing inability to raise funds to build bunds and also sought technical assistance,” Anant Kittur, local industrialist and a member of Tarapur Lions Club, said.

The Lions Club took up the reclamation work as a Community and Climate Resilience Project.

The club approached water and ecology management expert Ajit Gokhale for guidance. He suggested plugging the breaches so that the bund could be salvaged for further improvement. He proposed concretizing the existing weir across the creek with slopes so that fishes from the sea could breed in the paddy fields.

Meanwhile, the villagers raised Rs 1.25 lakh, each donating between Rs 50 and Rs 500 to repair the bund. Suneet Salvi, an entrepreneur who has taken to farming on leased land, contributed Rs 3.5 lakh.

The villagers approached KLDC through the office of the Palghar district collector, seeking permission to undertake repairs of the bund and making the automatic gates of the weir watertight.

“Having received the permission on 3 June, 2017, we engaged earthmovers to plug the breaches, and two days later the monsoon arrived with full force,” 58-year-old Dilip Save, chairman of Tarapur Vegetable Growers Association, a trade body of 150-odd farmers, said.

With an average annual rainfall of 1,955 mm it took just four months, beginning June 2017, for the khar (tidal) land to turn into a pond brimming with water.

Though the villagers call the pond Shrikrishna Talav, officially it is called the Dedale – Kolavali Kharland Bund and presently holds 156 million liters of water, spread over nearly 45 acres. Tarapur, Kolavali, Dedale, Kudan and Chinchini villages, with a total population of over 15,000 are likely to benefit.

Thanks to the stored rainwater, birds like seagull, ibis and herons have started visiting the pond and one can even see water buffaloes wallowing in it.

The rise in sea level and high tides are a cause for concern for coastal communities like those in Tarapur. According to India’s Second National Communication to the United Nations Framework Convention on Climate Change (UNFCCC) estimates, sea level rise by 3.5 inches to 34.6 inches between 1990 and 2100 would result in coastal groundwater turning saline, endanger wetlands and inundate valuable land and coastal communities. The most vulnerable stretches include Khambat and Kutch in Gujarat, Mumbai and parts of the Konkan coast.

“It’s time the authorities woke up and not remained apathetic to the demands of the locals,” Gokhale who specializes in participatory approach to water conservation projects, said. “The villagers of Tarapur have set an example through their conservation efforts and it needs to be applauded.”

Living in the so-called no development zone due to its proximity to TAPS, the villagers are not allowed to develop their landholdings commercially, which leaves them with no option but to continue with subsistence farming. Though dependent on rain for growing paddy, the villagers are looking forward to growing vegetables on the 2,500 acres around the pond area.

“During the dry season we plan to use the water from the pond to grow vegetables and maybe even do fish farming in future,” said an exultant Save.

In a symbolic move to assert their right to the community asset they helped create, the villagers of Tarapur performed jal pujan (water worship) in January, in the presence of leading water conservationist and Magsaysay awardee Rajendra Singh.

Notwithstanding the celebratory mood, the villagers realise that the earthen embankment is unlikely to last forever. So they have appealed to KLDC to carry out the necessary works such as providing vented bunds on the upstream side, making the bunds impermeable and concretising at necessary places. According to KLDC, the works would cost around Rs 65 lakh. It remains to be seen if the state government would spend such financial resources on a water conservation project.