Union Budget 2018: Crypto, Blockchain, and AI - looking beyond the ‘ban’ 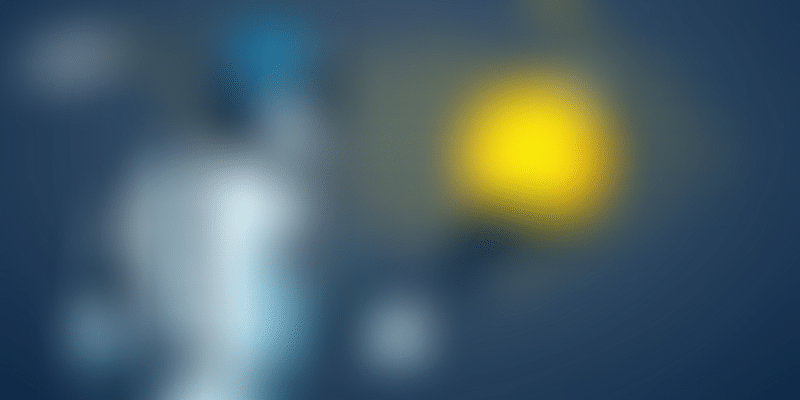 Bans seem to be in vogue these days. Write a book which is even slightly controversial, ban it. Produce a movie which does not agree with your version of history, ban it. Paint a watercolor which shows a few people unclothed, totally ban it. The best part is that the people who ban this have neither read the book, watched the movie, or seen the painting.

The latest target for a ‘ban’ seems to be cryptocurrency in general, and its poster boy Bitcoin in particular.

It created waves in the trading and crypto world when China and Korea ‘banned’ crypto. Facebook said it will ban crypto ads on its site. Only when you look closely do you realise that in China and Korea, you can trade crypto; just that there are conditions and safeguards. And that Facebook is not banning crypto, but banning “financial products and services frequently associated with misleading or deceptive promotional practices”.

It is not crypto which is being banned here, but people who misuse it. A bit like the position that NRA has on guns in the US: Guns don’t kill, people do.

So, when Finance Minister Arun Jaitley said in his Budget Speech today that “the government does not consider cryptocurrencies as legal tender or coin and (will) take all measures to eliminate the use of crypto assets...,”, the ‘Crypto is banned’ bandwagon started rolling again.

Let us look at this statement carefully, since this statement is all we know today. The first part is nothing new: “the government does not consider cryptocurrencies as legal tender or coin…”.

Well, the Reserve Bank of India and the Government of India has never considered Bitcoin and its ilk as legal tender. For that matter, there is no country in the world which has done so. Every government has been very clear on this. Japan, which has been flirting the most with declaring crypto legal, has not done so either, though more than 30,000 merchants in Japan accept crypto as legitimate currency!

So, I am not sure what the flap is all about. In fact, if the Honourable FM had said that “the government considers cryptocurrencies as legal tender or coin”, that would be have been a massive change in its position. Twitter would have been afire, and Bitcoin’s price would be shooting up.

The second part of Jaitley’s statement merits greater attention: “….and (will) take all measures to eliminate the use of crypto assets”. There is legitimate concern that cryptocurrencies are being used for illegal activities – money laundering, black money and, even worse, to fund drugs and terrorism.

Therefore, there is a very good and urgent reason to regulate, monitor and tax this flow. But, eliminate? With the greatest of respect, this is wishful thinking. It is not possible to destroy something that does not exist in a known, tangible form. Fiat currency, or money, is controlled by central authorities like RBI, banks, etc and it is therefore possible to throttle them, if you want to ban or influence.

But a decentralised, ownerless, digital and intangible asset like crypto is almost impossible to ban. It is like banning the internet, by banning all ISPs; the Internet will find a way to squeeze in.

I suspect that what the Honourable FM means, and will do, is to strengthen the KYC norms considerably, stop cash-to-crypto transactions and actively manage the flow of crypto. So, while you cannot eliminate it, you can know where it is coming from and where it is going. The blockchain, on which all crypto is based, is the best possible technology to figure out provenance or origin and flow of any good. I also expect, and hope for, some regulation and, therefore, legitimacy for ICOs, much like the SEC has done. Measures like this will encourage legitimate use and trade of crypto, and serve to throttle the lawless parts of it.

And that brings me to Blockchain. For me, the best part of this budget speech is that the government has actively mentioned Blockchain and said that “it will explore Blockchain, to add muscle to the digital economy”.

My reaction: High time. The biggest and most impactful use cases of Blockchain, I have always maintained, are in the area of governance. At its purest and highest abstraction, Blockchain has the potential to eliminate corruption in governance!

There are humongous advantages to use Blockchain in land records and transactions, subsidies, medical and educational benefits, vehicle records, food chain optimisation, agriculture and agriculture holdings, national identity, etc. Each of these above have thousands of crores of leakages every year, which a proper implementation of blockchain has the ability to stop.

Countries across the world – Canada, Estonia, Dubai, UK, Mauritius, Japan, etc – have already recognised this, and are well on their way to ‘Blockchain’ their governance. Therefore, the assertion by Jaitley that they will explore this technology is very welcome; however, we wait to see what that will mean from a detailed plan and execution standpoint.

The other very encouraging statement by the Honourable FM was his announcement that Niti Aayog will establish a national programme for Artificial Intelligence. The programme will explore both AI and Machine Learning technologies and their use in India.

This is another welcome step, and a very timely one. AI, like Blockchain, has the potential to disrupt almost everything and we are entering the age of AI, or the AI Economy. Driverless cars, robotics, intelligent healthcare, education, almost everything will go through cataclysmic change, powered by AI, ML.

Again, multiple countries have been very proactive in this area. China has taken a huge lead in AI, with President Xi Jinping making it one of the core themes of the latest National Congress of the Party. Russia President Vladimir Putin has declared that the next superpower will be one that masters AI. The world’s largest tech firms are pivoting towards AI as their central strategy. Given this, it is welcome to hear our government starting to emphasise on these technologies.

What will be of critical importance, however, will be how these very noble thoughts on Blockchain and AI are executed and implemented. One good way to do this would be through a Public-Private partnership, where the government should partner with Indian and global tech firms to create a movement.

A good example is the Vector Institute in Canada, where the government has collaborated with the University of Toronto and tech firms like Google, Microsoft, Facebook, etc and aims to propel Canada as a leading AI nation; to drive excellence and leadership in Canada’s knowledge, creation, and use of artificial intelligence (AI) to foster economic growth and improve the lives of Canadians.

So, I would urge that we look beyond this ‘ban’. Bitcoin is not legal, it never was. Hopefully, the government will bring the right regulatory, monitoring and tax regime around it. It will recognise that crypto and Blockchain are tightly integrated, crypto is the fuel that propels the Blockchain and encourage world-changing technologies like AI, ML, and crypto in our country. Much like India became a global IT outsourcing leader with its talented people and encouraging policy, it can become a leader in these emerging technologies, with the right, clear-eyed support of the government.

I believe that, today, a start was made in that direction.