Foodtech startup Zomato to put up good show for FY18 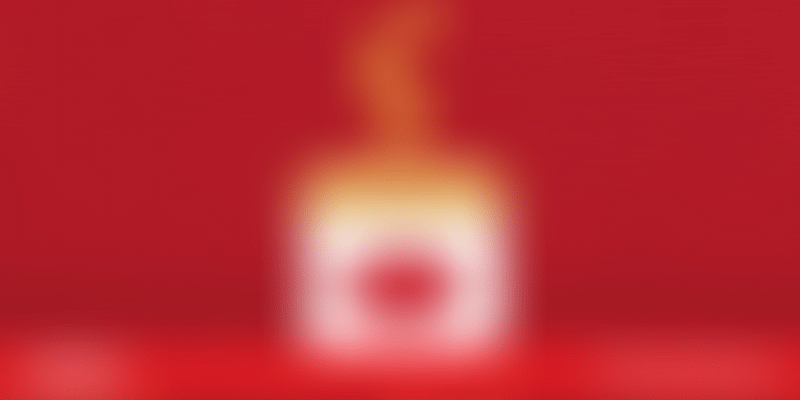 Lower burn rate, higher revenue, and a fresh round of funds from ANT Financial may spell trouble for Zomato’s rivals.

When it comes to fitness, food plays a prominent role and avid foodies have played a big role in shaping up the fiscal fitness of foodtech startup Zomato.

This translates to the company generating a revenue of $8.3 million in March alone. Zomato saw its revenue increase by 80 percent in 2016-17 to $49 million.

The upbeat sentiment for this year can also be gauged from the tweet Zomato Founder and CEO Deepinder Goyal put out on Thursday. “The annualised revenue run rate in March also saw the online restaurant search and food delivery company register a 40 percent growth in the last two months,” he said.

Of late, Zomato has also been able to bring down its losses. In 2016-17, the online restaurant search firm saw a 34 percent drop in total loss to Rs 389 crore from Rs 590 crore in the previous year. It clocked a revenue of Rs 323 crore. According to earnings call of InfoEdge, Zomato’s cash level EBITDA (earnings before interest, tax, depreciation and amortisation) loss stood at Rs 93 crore for the year ended March 31, 2017.

The year FY16 was a tough one for Zomato with a high cash burn, multiple layoffs, and as business was restructured, resulting in losses tripling.

The company, however, quickly made amendments and turned around by launching new services and tweaking its business model. Some of Zomato's new service offerings since 2016 include Zomato Book, which is a table reservations service, Zomato Treats, subscription-based service for free desserts where members get a complimentary dessert every time they order a meal from a partner restaurant, and Zomato Gold, a subscription-based service.

The company introduced Zomato Book in late 2016 and captured the market to become the largest table reservations player within a short span of time. It launched Zomato Treats in April 2017 and also saw quickfire success here. In September 2017, the company waived off table reservation fees for partner restaurants, and Zomato Gold was launched in November 2017 and saw 26,000 registrations in just a couple of hours.

Apart from these services, one major change in Zomato's business model has been its diversification into the food delivery space - a sector which is known for competitive discounts and a high cash burn, and one that has seen a number of startups shutting operations.

In a blog in September 2017, Zomato announced it had become profitable.

“Zomato is now a profitable company. Yes, throughout the 24 countries where we operate, and across all our businesses, we are starting to make money. Our core advertising business in India, Southeast Asia, and the Middle East – the three key regions for us, is generating enough cash to cover for the millions of dollars of investments we are making into the rest of the regions, and our new businesses (like online food ordering, table reservations, Zomato Gold, Zomato Base, etc)”.

InfoEdge is one of the major shareholders in Zomato, and recently sold 15 percent of its holding in Zomato to Alibaba group company Ant Financial for a consideration of $50 million. InfoEdge currently owns more than 30 percent stake in Zomato. The firm raised $200 million from Ant Financial, valuing the company at about $1.1 billion.

He also indicated that promotional schemes like Zomato Gold, which compelled a significant amount of burn, would have increased spend in Oct-Dec 2017, but the overall spend was within the range.

The transaction with Ant Financial was driven by the strategy to leverage its exposure in the Indian market, and outside India. In the earnings call, Chintan added,

“We thought it would be great if they (Ant) are also part of the marquee investors who are already there and it would be for the great partnership with them and that can take Zomato’s growth to a new trajectory”.

According to Info Edge’s numbers, India contributes about 50 percent and the Middle East about 20 percent of Zomato’s revenue. The other 30 percent is distributed across other smaller markets.

While Zomato might be performing on good unit economics, the stiff competition from Swiggy and Foodpanda, which has now been cash replenished after its takeover by Ola, would test Zomato’s way of doing business.

Additionally, recent fund raises by rivals will up the competition in the already-competitive food delivery market. While Swiggy raised $100 million recently, Ola acquired Foodpanda with a fund infusion to the tune of Rs 1,300 crore from parent ANI Technologies Pvt Ltd.

Zomato has, by default, a natural advantage over the two owing to its unique business model and diverse service offerings, and other competitors such as Uber Eats and Google's Aero are in the nascent stages. Uber Eats competes with Zomato in Dubai, but Zomato still has an edge.

Founder and MD of Wazir Advisors, Harminder Sahni, said, “2017 was a settling down year for the foodtech sector. With a lot of “MeToo” foodtech companies shutting down, fiscal 2018 will see competition between major three”.

He added that in India, there is a belief in a specialist concept. “Uber and Google are known for different things, which are other than food delivery, and thus in I see no major competition from them in the near future.”