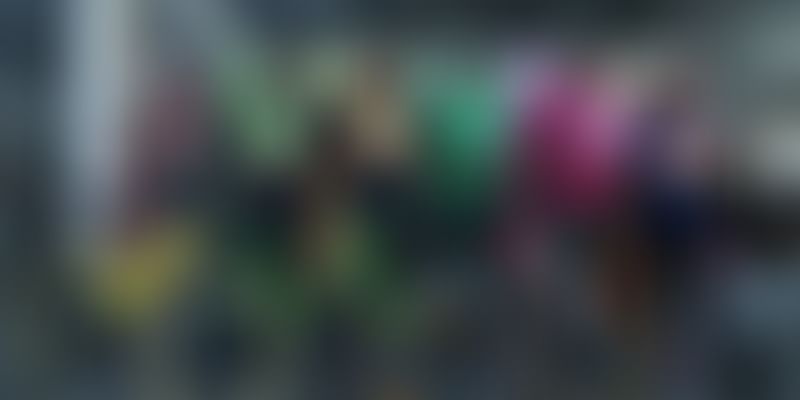 Singapore-based ridesharing company Grab is finally expanding operations into the bike-sharing sector with a new marketplace-based app in its home market, according to an announcement made earlier today. Dubbed GrabCycle, the app will allow users to book bikes from mobility partners oBikes, GBikes, Anywheel, and Popscoot. Popscoot is an electric scooter company, while the other three offer bike-sharing services – oBikes has also previously received investment from Grab. The app has currently been launched in beta and users can so far choose to pick up the bikes from only one location – Sentosa Island.

The app has integrations with Grab’s digital payment system GrabCredits, which users can use to make payments for the bikes and scooters. In an announcement sent to the press, Grab wrote, “In Singapore, approximately one in five car commutes are three kilometres and under. There is huge potential to convert this segment of commuters into bike-sharing users, in support of the country’s car-lite ambition.” GrabCycle is the first venture to come out of the GrabVentures stable – GrabVentures is Grab’s new “innovation arm” that is focused on building projects beyond the company’s mainstay ridesharing vertical, in areas such as digital payments and other forms of transportation.

By setting up a marketplace app instead of its own bike-sharing service, Grab has avoided the logistical costs and troubles associated with owning bikes, maintaining them, and the like. All four mobility partners are also free to continue using their own apps and platforms, preventing complaints about lower customer volumes while GrabCycle gradually rolls out to the rest of Singapore, and beyond. Reuben Lai, Head of GrabVentures, said, “Our focus is to test it out to make sure we get it right here and if consumers love it, then there’s nothing stopping us from continuing to expand throughout Southeast Asia.”

Through its decision to focus on marketplace-building, Grab has also avoided the problem that has plagued its investor Didi Chuxing since its investment in Chinese bike-sharing company Ofo. The resources provided by Didi have helped Ofo steadily grow its business until it became a threat to the investor’s own competing offerings. This eventually led to Didi building its own marketplace offering bikes for sharing, along with those from Ofo and Bluegogo. Grab likely aims to avoid a similar situation with its own mobility partners as it looks to expand its offerings in Southeast Asia.

Grab is currently present in eight countries across Southeast Asia, employing 2.6 million drivers, and hosting 68 million users. It has a strong market presence across the entire region, barring Indonesia, where unicorn Go-Jek continues to rule the roost. Brooks Entwistle, Uber’s Chief Business Officer for the Asia Pacific, has previously said that his company is closely watching developments in the bike-sharing space in Southeast Asia, although it has made no moves as yet. However, there have been consistent rumours recently that Uber is on the brink of selling its entire Southeast Asia business to Grab in exchange for up to 30 percent equity in the Singapore company. If the deal goes through, it will likely make Grab the unchallenged dominant player in bike-sharing across virtually all of Southeast Asia.