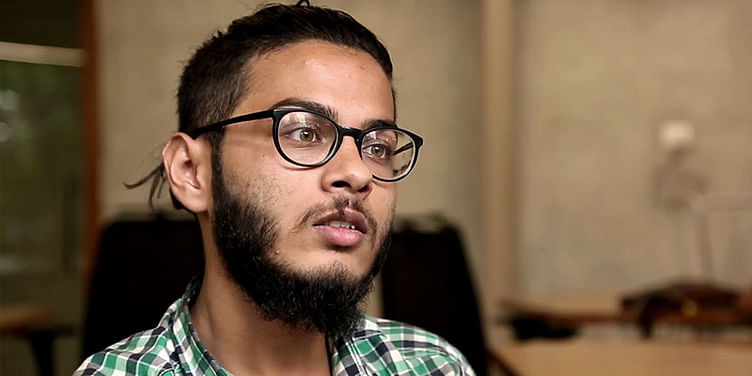 Healthtech startup Orbuculum uses AI on genomic data to predict the likelihood of chronic diseases like cancer and diabetes.

Where is it based: Chennai

The problem it solves: Fast and low-cost diagnosis of chronic diseases like cancer

One of the biggest problems plaguing the healthcare sector is the speedy diagnosis of diseases. As a result, patients not only waste time, but costs mounts in the absence of a quick and early diagnosis, especially in chronic diseases.

Much is being spoken about Artificial Intelligence (AI) today, and it seems to have become the proverbial key to unlocking all our problems. Which is just as well because AI can have a positive impact on healthcare delivery. It not only provides tools for doctors to diagnose faster, but also make it cheaper for the patients.

Twenty-one-year-old biotech student of IIT Madras Pranav Gangwal and his classmate have come up with their patented technology that uses AI system to predict and diagnose diseases such as cancer, diabetes, and neurological disorders through genomic data.

The two came together to start what they call Orbuculum (it was part of the Axilor Venture’s 2017 cohort). Says Pranav,

“We are a healthcare startup. Orbuculum, which means a crystal ball, uses AI on genomic data to predict the likelihood of getting chronic diseases like cancer and diabetes.”

They wanted to delve deeper into analysing why even after so much of investment in healthcare, the mortality rate is so high. "We found a simple flaw in the method of disease diagnosis. There is a lot of trial and error when it comes to diagnosis, especially due to many common symptoms of diseases. As a result, by the time a patient is diagnosed, especially for a disease like cancer, it is too late,” he adds.

Here’s when they come into the picture. “We want to help doctors in the early stage diagnosis thereby saving patients’ time and money,” he adds.

Challenges of being student entrepreneurs

The idea to start up came to them when they got a patent for their technology that visualises genomic data of a disease. Considering the two are still in college, they’ve had to do some growing up faster than the others. They even have an intern, who is older to them. “We also have scientists in the domain of data science and genomics who are guiding us,” says Pranav.

Watch Pranav talk about the problem they are solving through their startup Orbuculum.