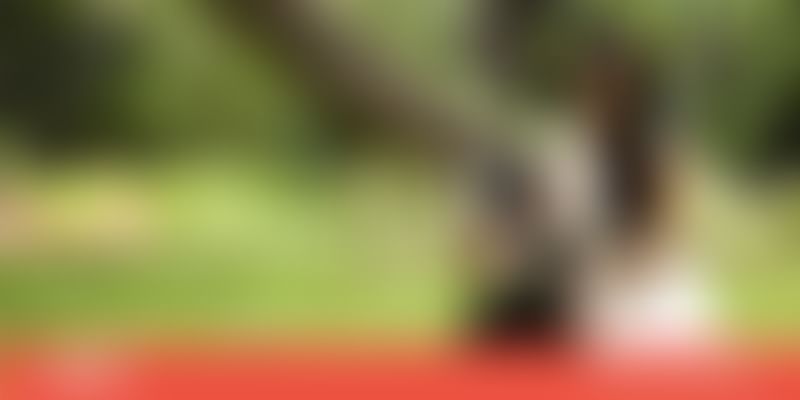 Startups are often accidentally conceived when the founder tries to find the solution to a personal pain point and ends up discovering a gap in the market.

Yamika Damani’s Clever Canine followed this trajectory. Yamika recalls, “My dog Pixie, a rescued Staffordshire terrier, absolutely loved ice cream but I was aware of the health risks of frequently feeding human ice cream full of sugar and cream to a dog.

She also had many food allergies for years and I finally figured out that the store bought dog treats and pet food were the reasons for her health problems. So I started innovating in my kitchen and after a few trials and tests came up with my first popsicle - bacon ‘n’ apple flavour - for her.”

Since Yamika was working as a dog trainer, she realised that many of her clients were also facing similar problems with their dogs. Soon Yamika began selling the treats she made to her clients and Clever Canine took shape. Pixie passed away almost a year back but she continues to be a motivating force for Yamika and her team.

Clever Canine was founded in December 2015 and is headquartered in Bengaluru. With a team of four, the brand offers two kinds of treats for pets. The first are products with a shorter shelf life like popsicles, pupcakes (not a typo!) and meatloaf cakes that are currently available only in Bangalore. Other products like energy bars and biscuits, with a shelf life of a few months, can be ordered online and delivered anywhere in India.

Yamika was aware that the size of the market would be a challenge. The market is already small (the Indian pet food sector is valued at $219 million, but growing at 26 percent CAGR) and Clever Canine products targets a smaller niche within that market.

The initial challenge, and I think one which every entrepreneur faces, is not having people believe in your idea. While there were those that encouraged me, there were others that felt it was too novel a concept or that there was no market for the product. This made me doubt myself but also motivated me to push myself. I did extensive research on the market and took R&D seriously.

Yamika has had pets at home from when she was a toddler since her father – a wildlife enthusiast - always believed in staying close to nature. A career as a dog trainer complemented her innate love for animals. She trained with a leading canine behaviorist in the UK. India’s leading Canine Behaviour Counsellor, Shirin Merchant, has also mentored Yamika. While pursuing a Bachelor’s degree at the University of Toronto, Yamika would earn her pocket money from pet sitting and dog walking. She says,

This was actually my first job, way back in 2009, and one that I found extremely rewarding and thoroughly enjoyed.

Clever Canine currently has 16 products ranging from frozen popsicles, energy bars, biscuits, meatloaf cakes, cupcakes, and cakes. The brand’s USP is healthy and tasty ‘human-like’ foods, without preservatives and additives. For instance, the brand’s sugar free probiotic frozen popsicles in flavours like Bacon ‘n’ Apple and Pink Salmon are quite unique. They retail the products across 20 online and offline channels including pet stores, veterinary clinics, pet friendly restaurants and cafes, online marketplaces, subscription boxes and their own website. In fact, before selling at pet stores the popsicles were available at pet-friendly cafes and restaurants across Bangalore.

Clever Canine products are priced between Rs 185 and Rs 975. A majority of the revenues come from frozen popsicles and biscuits. They have sold up to 600 popsicle units a month in the summertime and sell an average of 200 units a month during other times of the year. The brand has served nearly 3000 unique customers since its inception. With a non-existing advertising budget, Clever Canine has seen a threefold increase in sales figures over the last six months due to word-of-mouth recommendations and organic traffic on Facebook.

Setting up of the coldchain will result in higher overheads and hence at this stage the team is targetting only limited locations, which has high footfalls and will guarantee positive growth in sales. Yamika prefers this approach as it helps the brand in building trust with key retailers in the industry.

Yamika had initially explored the idea of getting VC funding but after interacting with investors and getting to understand the level of involvement they would expect to have, she understood that there was a mismatch between their expectations and her personal goals for the company. Yamika says,

We have also been approached by close friends and even a few customers, who are users of the product and truly believe in the brand, to angel invest. So this is something I am open to exploring in the near future.

- Increasing range of frozen products to include some staple items like ready to eat meals.

- Establishing pan India distribution, with a focus on Delhi/NCR, Chandigarh, Mumbai and Pune.

- Focussing on R&D to make the range of frozen popsicles easily transportable and resistant to external factors, like temperature changes, so that they can be sold across India.