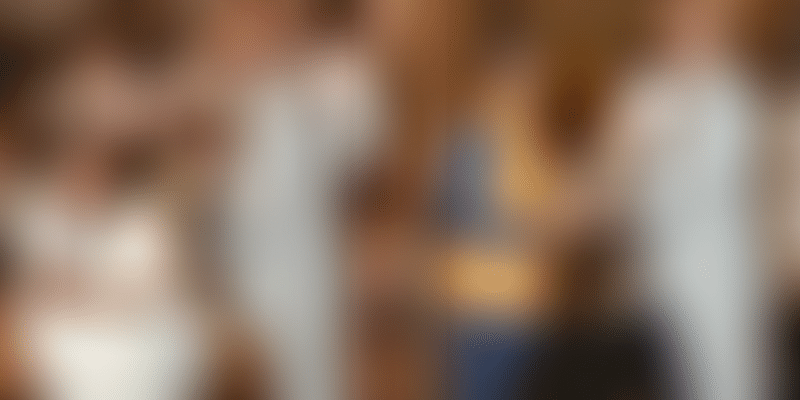 This year's edition of the Padma awards went beyond felicitating celebrities, and moved to becoming ‘people’s awards’ by honouring the silent heroes of India.

A Devadasi who fought societal norms, an engineer who spent his life making toys out of garbage, a tribal artist who made India proud globally, and more— the 2018 edition of the Padma awards witnessed President Ram Nath Kovind felicitating several unsung heroes of India.

Eighty-four people were recognised by the government for their contributions across the fields of literature, education, sports, healthcare, public affairs, science, engineering, trade, industry, social welfare, and development work, among others.

Prime Minister Narendra Modi in his monthly radio address, Mann Ki Baat, said these individuals may not be seen in big cities but have done transformative work for society.

“The identity of the awardee is not the deciding factor of the award; rather the importance of his work is increasing. The Padma awards are only a medium of acknowledgement; people serving society (are all) around us. They do not labour for any honour, but their work inspires us. Beyond awards, there should be some more efforts from our society in acknowledging their contribution.”

We list the stories of five Padma Shri awardees whose contributions have made a significant impact on society. May their tribe increase.

Arvind Gupta, a student of IIT Kanpur, has spent his life creating toys for children. He has been making toys from garbage for over four decades to inspire children to be curious about science. In an attempt to inspire children to conduct scientific experiments using waste, he also made a movie Tarang. This movie has been translated into 18 languages and has been viewed at 3,000 schools across the country.

Arvind, who comes from a humble background, had no books to read as a child. At times, the electricity or phone connection would be cut off due to non-payment of bills.

After completing his studies in IIT, Arvind joined TELCO (Tata Engineering and Locomotive Company) and worked on Tata Trucks for two years. But he didn’t enjoy his job and took a break after two years. It was during this time that he discovered his true passion for making scientific toys from easily available materials.

“It is not learning unless it is fun. The emphasis should be on comprehension – understanding comes when children are able to relate their learning to life – to a wider social context. Then learning becomes magical. This also means that there should be unison between the head, heart, and the hands. Children must also work with their hands and learn a lot of skills. This will make learning fun. The emphasis on rote learning must go.”

Arvind says he is planning to quit his job at the Children’s Science Centre located at IUCAA in the Pune University Campus and is looking forward to translating some of the 25 books he has authored into Hindi.

Hailed as a “Goddess of women empowerment” by Prime Minister Narendra Modi, Sitavaa Jodatti has helped transform the lives of countless women. For the past three decades, she has fought for the welfare of Devadasis and Dalit women in Belagavi.

One of nine girls in her family, Sitavaa became a Devadasi at the age of seven due to social and economic pressures on her family. Even though her father was against the idea of her dedication, she was eventually persuaded by others due to monetary assurance.

Sitavaa’s sufferings and experiences gave her the courage to do something for other women like her. She decided to break free from tradition and founded Mahila Abhivruddhi Matthu Samraksahna Samsthé (MASS) in 1997 to empower Devadasis and provide them with support. The organisation has grown since then and has taken up various projects to help former Devadasis, Dalit women, and their families.

Today, MASS has 17 permanent staff, 55 part-time volunteers, and over 3,000 members. The organisation has successfully run multiple programmes for Devadasi empowerment as well as education of their children. Their part-time staff provides free tuition for children in various villages in Belagavi district, and also offers guidance for competitive exams. They also run legal counseling sessions and they try to resolve family disputes outside of court by charging minimal fees.

From living in abject poverty to becoming an acclaimed artist and illustrator, Bhajju Shyam’s journey is inspiring. His book, London Jungle Book, has been published in five foreign languages and his paintings have been exhibited globally. He has exhibited his work in the Netherlands, Germany, England, and Italy.

However, this journey has been challenging.

Bhajju Shyam, who hails from Madhya Pradesh, was born in a very poor tribal family. He earned his livelihood through odd jobs, but an opportunity to earn more money with his uncle - a renowned Gond artist – initiated him into the world of painting. Jangarh Singh Shyam, his uncle, invited Bhajju to learn under him and he started to fill colours and patterns in Jangarh’s art works.

Jangarh soon encouraged him to start painting. At an exhibition in Delhi, his uncle sold five of Bhajju’s paintings for Rs 1,200 each. This was the beginning of Bhajju’s journey in Gond art and he slowly started to exhibit his paintings across India. In 1998, his paintings were also exhibited as a part of tribal art exhibition at the Musee des Arts Decoratifs, in Paris. This was his first international exposure.

In 2001, he was invited to London by curator Rajeev Sethi to paint a mural on the walls of a restaurant. This was his first international trip and his fascination and experience in a foreign land, including his appearance on a BBC radio programme, became the content of London Jungle Book.

Lakshmikutty, a woman from the forests of Kallar in Thiruvananthapuram district of Kerala, is well known in the area for her proficiency in herbs and their medicinal powers. Her prowess attracts hundreds of people to her. Living in a small hut surrounded by leaves, herbs, and medicinal plants, Lakshmikutty is also a poet and a teacher.

Apart from being known as a healer who works with leaves, she is also famous for healing with her words. It is believed that her calm and soothing words leave a long-lasting impression on those who listen to her. She also works as a teacher at the Kerala Folklore Academy.

Lakshmikutty gained all her knowledge from her mother, a midwife. Seeing that Lakshmikutty, like her mother before her, maintains no records of her remedies, the Kerala Forest Department has come forward to compile a book on the topic. Lakshmi has travelled to plenty of places across the country and says her knowledge comes from the exposure acquired through her travels.

She dreams that one day she will turn her little hut into a hospital, where those in need of long-term care can stay and heal.

Subhasini Mistry was 23 years old when she lost her husband — not to an incurable disease but because she could not afford the treatment. With no proper education or economic security, she was left to fend for herself and her four children. She started working as a domestic help and vowed to build a hospital to make sure that others who could not afford treatment were not helpless.

With that mission in mind, along with the determination to make one of her children a doctor, she started working.

From being a domestic help to laying bricks, she took up every job that came her way. Sometimes, she even took her children to work. But despite that, she could not afford to take care of all four children and had to send two of them to an orphanage.

With the money she saved over the years, she bought a small plot. She began asking people for donations, from beds to requesting doctors to treat patients for free. Almost 50 years after she started her mission, in 1996, she built Humanity Hospital, in a village near Kolkata, brick by brick.

In 2009, she won the Godfrey Phillips Award for bravery. She was one of the women who received the Women Transforming India Award in 2017.