From Goldman Sachs to Jimmy Choo and now her own beauty bar: here’s how this entrepreneur nailed it 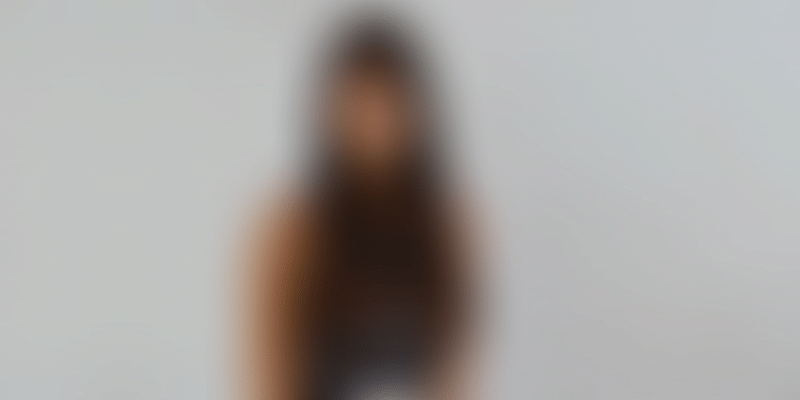 When Maude Abraham, 29, realised that her heart lay in fashion, not figures, she started up with GetGorgeous. Here’s her #PassiontoPaycheck journey.

A young commerce graduate, Maude Abraham had what others would call a dream start to her career. With a major in finance under her belt, she started her work life with investment banking firm Goldman Sachs in Bengaluru. She worked there for two years, but soon realised that she wasn’t the right fit for a life in finance.

Maude says, “After a point, I started feeling depressed and bored with the kind of work I was doing, as my heart was always in fashion and lifestyle. I even changed jobs and moved to Delhi. I started working for a wine magazine, thinking something luxurious would keep me happy.”

But things didn't turn out the way she had expected in Delhi. “The work and everything else was fine. But I think I have a great penchant for finding horrible bosses. I worked in Delhi for about eight months; I learnt a lot but it wasn’t what I was looking for,” she says.

But alongside, she applied for a master’s course in fashion and textile and did it from RMIT in Melbourne, Australia. “I did my master’s course and took up two jobs in the two years I was there. I worked for a merchandising company and then for Jimmy Choo. I gathered both sides of experience; the head office role and the on-the-floor role.”

When finding a job in Melbourne became difficult, Maude moved to Singapore to work for a startup involved in fashion.

“While I was in Melbourne, I used to see a lot of nail bars and blowout bars. The services were so affordable; nothing like what we see in India. That idea remained with me and, during my Singapore stay, I kick-started GetGorgeous as a B2B business for salon supplies as not many products were available in India in 2015,” she recalls.

After moving back to Bengaluru, Maude started small. “In May 2016, I started doing nails myself at home for people, because I didn't think anyone was doing such a great job with nails. I initially started doing it for friends, and then friends-of-friends, as it was always a hobby and passion. I did it voluntarily,” she says.

As customers started pouring in, Maude later trained, got professional certification, and moved into an office setup. In November 2016, she rented a place on Langford Road in Bengaluru.

Coming from a finance background, Maude’s mother wasn't pleased with the idea initially. “My mum was completely dead against the idea. It took a lot of convincing and efforts to explain to her that what I was doing was right,” she says.

She says that one of the challenges she faced as a young woman was of getting people to take her seriously.

Maude initially relied on word-of-mouth marketing strategies and later took to social media, to promote her work. She currently services around 15-20 customers on a good day and has a two-floor setup on Lavelle Road. Services start from Rs 500 and go up to Rs 3,000.

Maude says, “We have not been able to take a day off, even on a Tuesday, which is called the barber’s days off. Luckily with dedicated staff and customers coming in regularly, the going has been good.”

GetGorgeous branched out in December 2017, and opened an express service salon at WeWork, a co-working space. “We have a six-day operational unit there where we provide express services. So, people running in and out of meetings can get their hair and nail fixed in no time,” Maude says.

GetGorgeous has a team of seven employees currently.

Bootstrapped so far, Maude feels it is challenge to get access to loans and funds. “I would have taken a business loan if I had to, but it was terribly tough unlike how it is advertised. I only spent whatever money I had from my B2B business and took a very small loan from a bank. I paid that back within a year of starting this,” she says.

The health, beauty and wellness industry in India is now at an all-time high, growing twice as fast as that of the US and European markets. The urban salon market in India is small by international standards but it is growing at a rapid pace. According to a KPMG Wellness Sector report released in April 2017, the size of India’s beauty and wellness market has nearly doubled to Rs 80,370 crore in 2017-18 from Rs 41,224 crore in 2012-13.

GetGorgeous competes with multiple big and small players like BodyCraft, B-Blunt, and YLG among many others.

Talking about their differentiator, Maude says, “Our price points are very chic-o-nomic; anybody who wants monthly or bi-monthly maintenance can come to us. We are always on trend, even if it means going that extra mile.”

In the future, the service-based startup wants to resonate with more customers and plans to expand further into Bengaluru.

“We want to be able to serve more people. For this, we plan to expand and reach to more college students and women in need of our services. We would also like to expand with WeWork and create a larger presence in co-working spaces,” Maude ends.