Didn't get a bill for your food? Don't pay, says Indian railways 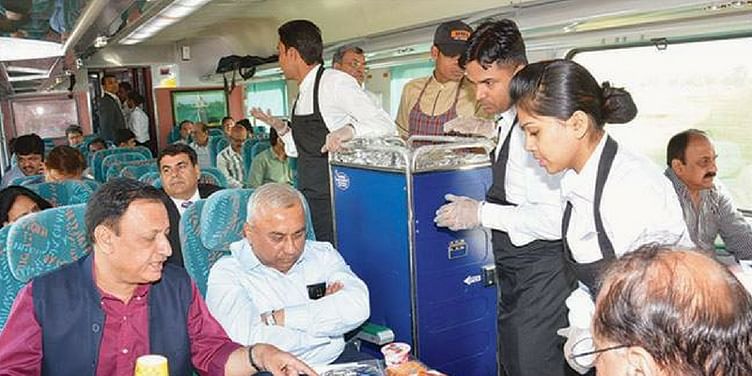 The Indian Railways is introducing a new policy where one does not have to pay for food and beverages if one is not provided with a bill. The ‘If no bill, your food is free’ policy is to ensure that caterers in trains do not overcharge passengers. This move will also encourage passengers to request bills.

The Indian Railway Catering and Tourism Corporation, IRCTC, is informing passengers of the new development through messages on the ticket-booking website. According to the India Times, passengers are also being informed at the railway stations. This will come into being from March 31.

Of all the complaints received by Indian Railway that includes lack of proper facilities and untidiness, passengers being overcharged for food form bulk of the complaints. Over 7,000 complaints were registered between April and October last year.

According to The Financial Express, officials at the Railway Ministry said that the primary reason for this move is because passengers are not provided with bills even if they ask for them. The vendors usually come up with excuses like unavailability of bill book, or that the bill would be provided at the end of a journey, among others.

Special inspectors have been hired to ensure that the process is being followed. They will check whether bills are being issued, even for a cup of tea. According to the ZeeBiz, chairman and managing director of IRCTC, MP Mall said,

We have readied 120 officials to man the trains and in some time we are going to put in place more people on inspection duty to gradually man every train during food service time. They will ensure proper service and billing.

Railway Minister Piyush Goyal said that strict action would be taken against erring food servers or vendors. The licence might also be cancelled if the food box does not state the price.

The Railways had cancelled licences of two caterers last year after receiving complaints of overcharging, and many were fined Rs 5,000.