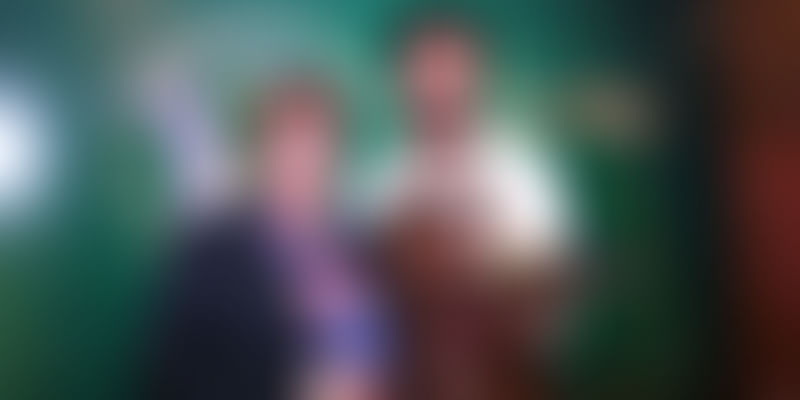 Master chef Ranveer Brar and master blender Caroline Martin took Delhiites on a gastronomical tour at Signature Tastings, a series of Masterclasses, where they shared their journeys over whiskey tasting and food pairing sessions.

The combination of food and whisky, which is pretty popular across the globe has still not found much flavour in India.

Indians mostly like to keep their whiskey simple and are often have it only with soda or any other cocktail mixer. Whiskey with food is considered outré by many, who are perhaps not open to experimentation with their food and drink.

However, in recent times, there has a growing interest in creating unique food and whiskies combinations.

Signature invited master chef Ranveer Brar and master blender Caroline Martin, to unravel the mystery behind this combo at a special event, Signature Tastings to a select audience in Le Meridien in New Delhi.

“I have spent most of my time blending Scotch whiskies. Now, Signature has allowed me to experiment with Indian malt and green spirits and combinations with the scotch whiskies, which has been immensely satisfying,” said Caroline Martin, Diageo’s master blender.

Ranveer Brar’s passion to paycheck story began when he was just 17 years old. Raised in the city of Nawabs, Lucknow, food has always been a part of his life. While he was still a teenager, the Punjabi munda decided to follow his passion and experiment with food. When Ranveer first told his parents that he wanted to become a chef, they didn’t take him seriously but the master chef knew that this was what he wanted to do, and he would have it no other way.

I asked Ranveer to name the top three ingredients that kept him going. He replied: “For me, the biggest ingredient for the little success that I have achieved is the people I have nurtured, and the teams I have created. The second is a strong sense of stubbornness. You have got to be stubborn with what you believe and the last is shamelessness. A lot of times you have to be unreasonable and shameless in your pursuit to achieve what you want.”

In fact, it was Ranveer’s obstinacy to follow his passion and the zeal to learn more about food that made him take up various odd jobs from noodle-making to assisting at a kebab stall, earning just Rs 650 a month.

Caroline, on the other hand, has spent over three decades as a blender and highlights that the space is significantly male-dominated.

So did she face any gender bias or discrimination? She shrugs it off and says that the right capability to do the job well is all that matters.

“Though I am working in a sector that is more male-dominated there were no hindrances in terms of gender bias. I think it’s about the people with the right capability doing the job irrespective of whether you are male or female,” she added.

Today, both the masters have come a long way and have emerged as well-known names in their respective fields. With true dedication and single-minded focus to chase their passion, they have defied all odds.

Before signing off, Ranveer says “that it is important for everyone to follow their passion because if they don’t follow it today, it might change tomorrow.”

“Whatever you fear losing, you are going to lose it anyway, so you might as well pursue what you are passionate about. If you don’t pursue your passion right now, tomorrow your passion might change. How will you pursue it then, when evolving with it might become difficult?” he added.