With Rolling Cube, Sonam Motwani is charting new paths in the manufacturing sector 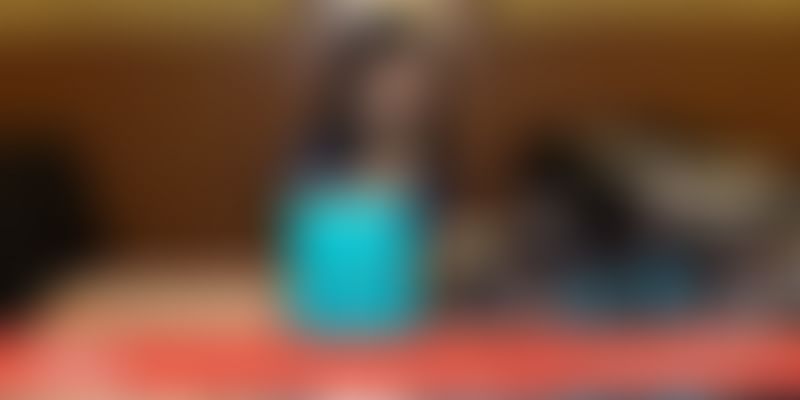 Sonam Motwani started Rolling Cube in 2016, an online manufacturing aggregator to ease out the problems of sourcing vendors, quality of manufactured goods and lack of visibility on costs to be incurred.

If one has to bring change, technology is the way to go.

IIT Bombay alumnus Sonam Motwani, 27, had the same idea, and thus started Rolling Cube, an online manufacturing aggregator and consultancy. With Rolling Cube, Sonam has built a digital ecosystem to ease out problems of finding vendors, getting good quality manufactured goods and the lack of visibility about costs.

In August 2016, Sonam started off Rolling Cube. She says, “It is a platform for businesses and individuals to convert their product ideas to physical reality.”

It minimises the burden of sourcing and constantly having to touch base with the manufacturer, and also takes care of product quality. Sonam says, “Once the product is ready, we deliver it to our customers’ doorstep”.

Rolling Cube has algorithmic pricing to ensure transparency at each stage of the order processing. The company also provides consultancy regarding the designing of the product, checks the feasibility of products, and also manufactures products related to fashion wear, Internet of Things devices, and customised gifts.

Manufacturing in India has largely remained unorganised and accessible only to large companies. Sonam says,

“Most of the business find it difficult to source vendors, face problems with substandard manufactured goods, and there is ambiguity about the cost.”

Sonam also highlights issues that budding entrepreneurs in manufacturing sector face, as suppliers are reluctant to work in low volumes.

To solve this, Sonam came up with “pooled manufacturing”, a term which she says is coined by her and her team.

“The aim was to democratise manufacturing for everyone. Basically, make customised manufacturing available at the price of mass manufacturing. So, we came up with the concept of pooled manufacturing, wherein we combine multiple small quantity orders that are similar in nature in terms of the material and manufacturing process to create a single large pool.”

With pooled manufacturing, manufacturing cost comes down for consumers, while improving efficiency for suppliers.

It’s not about big or small

Born and raised in Gwalior, Sonam says since childhood, “I was a hands-on person, and was involved in various activities.” She graduated in aerospace engineering in 2013.

Sonam was interested in manufacturing and participated in Formula Student, a competition for engineering students across the globe, where students design a Formula One racing car from scratch and then make a business case for the same.

Sonam recalls she was among two girls in a team of 30 boys.

“The first time I was being exposed to the real field of engineering. I developed an acumen for manufacturing as we had to look at the different things in competition like budget to sourcing the materials to getting components manufactured.”

Her first interaction with manufacturing sector was during the engineering competition. “I thought the suppliers were not taking me seriously regarding delivery timelines, and the quality of the products, maybe because I was a student. Also, I wanted the products in small quantities.”

Sonam graduated from IIT Bombay in 2013 and then went on to work at Procter and Gamble, a fast-moving consumer goods company, looking after the manufacturing part of sanitary napkins.

She says, “At P&G, we worked with foreign suppliers, but when we tried to look out for suppliers in India, we saw a huge gap in the market and the sector. I realised the problems I had faced earlier were not limited to a student but were problems even for big manufacturing companies.”

Rolling in the deep

To understand the problem, Sonam started meeting different manufacturers and hardware enterprises in Bengaluru, Mumbai, Pune in early 2016. She travelled to these places on weekends while she worked in P&G.

While meeting the people from the manufacturing industry, she realised they would not share knowledge about their product, “I think it is more a culture problem. Since school we are taught we should not share our notes or someone else will excel taking your notes. The problem was similar here. But my intent was not to copy their design. All I wanted to understand how could I organise and aggregate the manufacturing sector,” she adds.

She also found it difficult to be taken seriously being a woman.

Finally, Sonam began with Rolling Cube in August 2016. “I put all my savings into the business, and even though we have a steady revenue, our organisation islean, and we are looking to raise funding to further build our technology and expand organisation.”

There are two streams by which Rolling Cube currently generates its revenue – it provides consultancy to manufacturers regarding designing products and earns a fee on the manufactured product. Rolling Cube has had more than 300 orders with more than 25 regular suppliers from Mumbai, Bengaluru, Pune and China.

A designer wanting to convert their idea into a product can upload their design on Rolling Cube website, after which they can select the order size, materials to be used and get an instant quote. Payments made, Rolling Cube passes on the specifications to manufacturers and even delivers the finished product to the designer.

The team at Rolling Cube is comprised of four people at present. As a first-generation entrepreneur, Sonam says she was excited about the technology behind the product, but the administrative part of the business was difficult.

There was an apprehension among those in the manufacturing industry, Sonam says, “They did not take me seriously because of I am a young woman. At first, there was a certain level of discomfort, but when I started talking to them about their business, they understood I was making sense, so they became more accepting.”

On why there are few women in science and technology

“It is because of the way we are raised. There is a general stereotypical notion that a woman should not do mechanical engineering. I think it more a cultural and social issue, than the issue of technology.”

“Women need to pull more women in science and technology”.