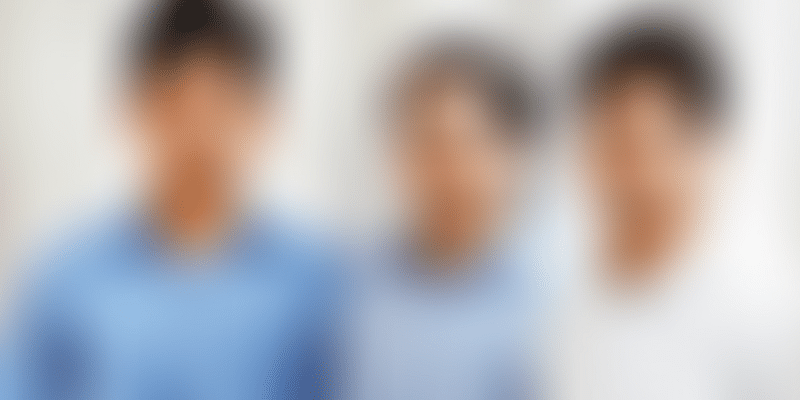 Services: Blockchain and AI solutions in banking and financial services

Banking, one of the oldest and most important industries across economies, has increasingly been transformed with technological advancement.

The core of all change has been this: technology enables banks to reduce human interaction with their customers at various levels.

It also automates processes and brings down paperwork. But a lot of it still remains, especially in India, where not only is the customer pool massive, but also the regulatory framework cumbersome.

Now, with the explosive growth in fintech — the new buzzword in India’s startup ecosystem — banks have at their disposal a host of modern technologies from Blockchain to Artificial Intelligence (AI) and IoT.

Fintech observers reckon that Blockchain and AI will not only change the way banks operate, but also inherently transform the way people bank. One such blockchain and AI startup endeavouring to reform the banking and financial services sector by reducing compliance and building a “digital trust system” is Signzy.

This Bengaluru-based startup was founded in 2015 by IIT graduates and serial entrepreneurs, Ankit Ratan and Ankur Pandey, and corporate lawyer, Arpit Ratan. While Ankit and Ankur were well-versed with data sciences, APIs and app development, Arpit brought in the knowledge of financial regulations and the expertise of working with statutory bodies.

The trio identified a gap in the banking system which they tried filling with new-age technologies. While Indian banking had taken giant steps towards digitisation, one of its most important processes — Know Your Customer (KYC) — was still offline.

It is possible because “all the complicated paperwork is automated through blockchain and AI,” Arpit Ratan tells YourStory on the sidelines of a fintech conclave.

Signzy’s online contracting system utilises biometric signatures and blockchain technology to onboard clients in a safe, smooth, secure and legal manner. Its API platform helps detect the authenticity of information and cracks down on digital forgery, which can often go unnoticed by the human eye.

All this is done with significantly lesser resources than banks would typically deploy. This is, what Arpit calls, the “automation of workforce” with the help of AI.

Signzy, which launched its product in March 2016, hasn’t looked back since. In June 2016, it won RBI’s Payments Innovation Contest. In 2017, the three founders made it to the Forbes India 30 Under 30 list. The same year, Signzy was also listed among Top 30 Global Digital Financial Implementations by MAS Singapore.

Meltwater included Signzy in its 2018 list of ‘Most Innovative Companies in India’ for “entering a previously risky industry and completely improving processes and systems, thereby changing the way people view the financial sector at large.” Most recently, Signzy was awarded as the Best Innovative Fintech Data Solution Provider by IAMAI.

In short, they may have arrived. Industry experts concur.

“Payments without authentication is just accounting. Identification and authentication is a very important sector of the payments industry. In India where a revolution is beginning around digital onboarding and eKYC, this segment is clearly one to watch out for.”

Signzy qualifies as a ‘regulatory technology’ firm. Regtech, as it is known, is often patronised as the “younger brother of fintech”.

But Arpit doesn’t take it lightly. He thinks regtech has a greater power to “disrupt” banking than traditional fintech does.

He says, “Blockchain has the ability to decentralise the regulator. Some amount of disruption of the regulator will happen because people will be doing peer-to-peer (P2P) transactions. Regtech can fundamentally change the way you bank.”

A lot of statutory data is available and Signzy wants to digitise it using Blockchain and AI. It will create risk profiles based on the data and help reduce instances of fraud and mismanagement.

India has a high-risk banking system. Hence, the opportunity to create a “digital trust system” is big. Signzy, which already counts top banks and NBFCs among its clients, plans to take its onboarding solution far and wide.

Arpit says, “The maximum requests we get are for onboarding. That is the biggest pain-point for financial institutions.”

Signzy is also riding the government’s push for a paperless economy. Reduction in paperwork, compliances, and human interface will only aid in building a more secure and efficient system, it says.

Sure, it is not the only blockchain startup in this space, but it claims that as per internal tests, its product “performed 200 percent better than the most renowned global company”.

Arpit wrote on LinkedIn recently, “Almost two-and-a-half years ago when we started this company, there was unanimous opinion that we should not try to build it as global giants had already reached a stage where we will never reach. Entrepreneurs are stubborn people though... focus, patience and passion can achieve the impossible. And this team will break all the barriers.”