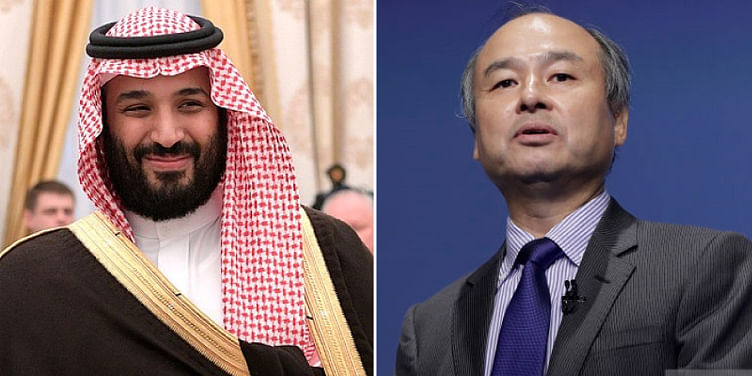 At a press conference in New York, Japan’s Softbank, a multinational conglomerate holding company headquartered in Tokyo, signed a MoU with Saudi Arabia to build a $200 billion solar park, the largest in the world. Bloomberg reported that SoftBank Group CEO Masayoshi Son unveiled the project in a ceremony with the Saudi Crown Prince, Mohammed Bin Salman, in New York on Tuesday, March 27.

Saudi Arabia’s Public Investment Fund and the SoftBank Vision Fund are coming together to make this project a reality.

According to Masayoshi, the project is likely to reduce power costs by $40 billion and create around 100,000 jobs. It will reach its maximum capacity by 2030 and may cost close to $1 billion per gigawatt. The Crown Prince reportedly said, “It’s a huge step in human history...It’s bold, risky, and we hope we succeed doing that.”

Speaking about the possibilities offered by Saudi Arabia, Masayoshi said at the briefing, “The kingdom has great sunshine, great size of available land and great engineers, great labour, but most importantly, the best and greatest vision.”

CNBC reported that the project includes the building of solar parks, integrating battery technology, and constructing a massive new facility that will integrate solar equipment manufacturing.

The Public Investment Fund (PIF) invested about $54 billion last year according to data from the Sovereign Wealth Fund Institute. With a $45 billion investment, it is the largest investor in SoftBank’s Vision Fund.

A statement released last year in October by PIF revealed that a MoU had been signed to create the “Solar Energy Plan 2030” which would happen through the Saudi Electricity Company (SEC). According to the statement, “The development of Saudi Arabia’s solar energy sector is a core objective of Vision 2030, the Kingdom’s blueprint for a modern and diversified economy. Saudi Arabia is targeting 9.5 GW of renewable energy by 2023, to be achieved through projects designed to localize the renewable energy value chain.”

While Saudi Arabia looks at other energy avenues than oil, SoftBank and Masayoshi have invested across many regions and companies to support renewable energy efforts.

Whether this MoU and the vision for 2030 come to light is something time will tell, but meanwhile, we do see both the PIF and SoftBank pushing for the biggest solar project in the world.