Three days in, Ola drivers call off strike in Mumbai 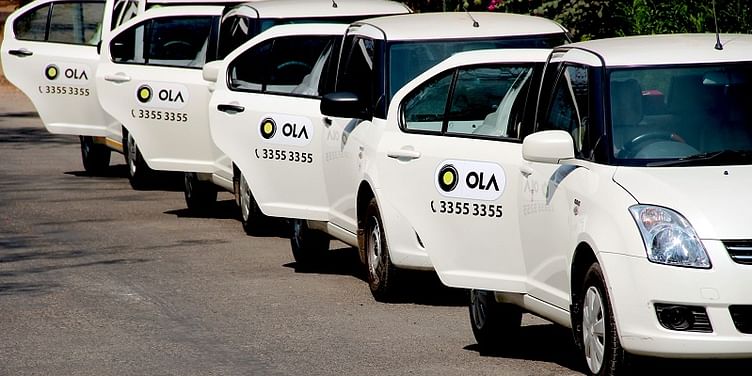 Drivers associated with Ola stayed away from their mobile apps for three days, demanding better financial remuneration; Uber yet to respond.

The Ola spokesperson said, “Ola would like to apologise to all its customers for the inconvenience caused due to factors beyond its control. With every passing hour, our cabs are fast getting back on the road to service the mobility needs of all customers. Thank you for your continued trust and understanding.”

A letter addressed to the station officer at Andheri Police Station, Mumbai, also confirmed the same. Drivers in Delhi, Mumbai, Pune, and Bengaluru were participating in the strike. The company did not confirm whether the strikes were called off in the other cities as well.

Meanwhile, Uber is yet to respond on the issue.

Since Monday, about 80,000 drivers of Ola and Uber supported the strike by staying offline on their mobile apps.

The main reason for the strikes was the drop in incentives by cab aggregators. On signing up, the drivers had hoped to make Rs 1.5 lakh a month, but in reality, they were been able to make even half the amount, a press statement from the organisers said.

This isn’t the first time drivers have gone on a strike against cab aggregators. Last year, cab drivers had gone on an indefinite strike in Mumbai, Bengaluru, and Delhi, demanding higher incentives.

Ola and Uber, since their inception in 2010 and 2012 respectively, have faced consistent trouble with regulators and driver partners. In late 2015 and early 2016, the cab aggregators were deemed illegal in Karnataka and in Delhi. Then in early 2017, pool rides were again termed illegal by the government.

While, no conclusive end has come to any of the strikes, drivers remain hopeful. In Bengaluru, the drivers came together to launch Namma TYGR, which charges a commission as low as 12 percent as compared to Uber and Ola that charge drivers 25-30 percent. Additionally, drivers also get benefits like better profit margins, insurance cover for family, textbooks for their children in school, healthcare, including accident and life cover, and car maintenance. Namma TYGR currently operates in Bengaluru, Mumbai, Kolkata, Ranchi and Indore, and plans to expand to Kota and Bhubaneswar too.

When will this status quo will end? Only time will tell.