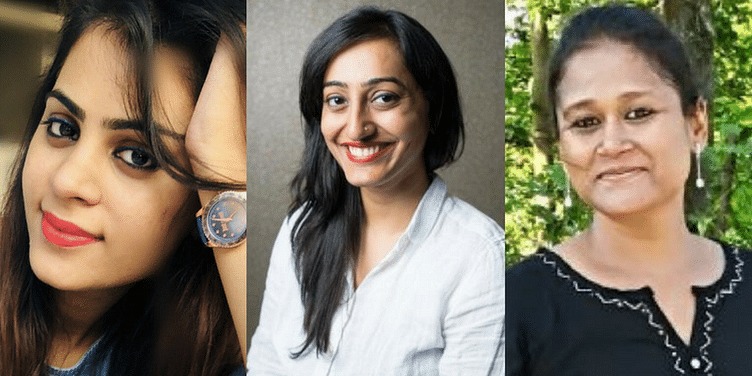 Five women from the business world talk about the essence of a woman and what it means for them.

By then, it was a bygone conclusion that the youngest of all 77 contestants would walk away with the Miss Universe title. Her response struck a chord with women all over the world, who wear different hats with ease and are phenomenal, in every sense.

Here, five women speak about what, in their opinion, is the essence of a woman. The answers are insightful and thought-provoking.

"A woman’s essence can be seen by more than just the eye. Each woman is intricately wrapped by layers and layers of qualities, which make up her very fundamental nature and her essence.

“Just as Sushmita Sen elegantly quipped in her final round of Miss Universe beauty pageant that just being a woman is God's gift, each of us is just that!

Being a woman means being strong, because you will find that your womanhood will need that strength, and when you let it, sometimes that strength will even find you. We don't need biceps (some of us do have them too!) to prove that we can take anybody down if we are rubbed the wrong way. Ladies, remember you are always more than enough. The universe created a perfect you with all your gifts and imperfections. In your core essence, you have a knowing that connects you to your true self."

and Business Adviser for India

It's no wonder that they say that stree shakti is the future of entrepreneurship as it leads to experience, education and brings humanity back into the cutthroat competition that seems to dominate businesses today."

"Answering this question without setting unrealistic standards for womankind or reiterating gender stereotypes is difficult. Cis or trans, gender identity today is no longer beholden to the notions of yore. Even then, for me, the true essence of womanhood lies in the scientifically proven ability to multi-task. From the breakfast table to boardrooms - and everywhere in between, this absolutely essential skill is breaking glass ceilings and shattering myths across the world. It is so imperceptible, sometimes even within oneself, that it begs reconsideration. However, I truly believe this essence is a journey in itself, to arrive at the best version of oneself."

“The essence of being a woman is much more than just the beauty of her face and body. Every woman is unique in her own way. When asked, most of them end up saying it’s to be a mother, but according to me not all women are endowed with the ability to have children, which doesn’t make them less of a woman. Each one of them has a different beauty, a distinct personality, style, identity, dreams and the way of carrying themselves varies. But in spite of the differences, each one of them is essential. A real woman is capable of making her own decisions, she’s creditworthy and doesn't follow but she leads.

“She’s always about accomplishing goals and she never settles for anything less because she’s a woman.

“It becomes difficult to describe the essence of a woman by mere words alone. The actual meaning of being a woman can only be sensed by the heart.”

“Strength, balance and compassion in my mind make up the essence of a woman.”