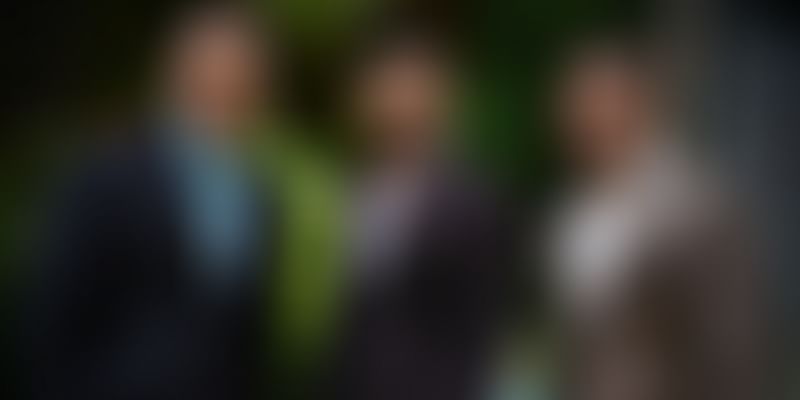 Poker, however, need not be as dramatic - in fact, take it online with platforms like MadOverPoker, and you don't need a poker face to go with your cards.

For Amit Kanoidia, the founder of MadOverPoker, the love for poker started thanks to movies like Rounder. He says his tryst with the card game began in college when he started playing with his roommates at IIM Indore while pursuing an MBA in Finance. Amit has now been an online poker player for five years.

During this time, he saw the gaps and differences with online gaming sites, and with friends Avinash Pitti and Abhishek Pitti zeroed in upon the idea of MadOverPoker.

Abhishek was in India from Harvard and thought the gaming experience could be enhanced by catering better to the audience.

“We thought rather than becoming a player, why not be the one to make the game of skill accessible to other people sharing the same passion and love. It was an eye-opener as we realised that along with natural management skills, business expertise, and understanding of the poker ecosystem, having a wide network across the globe will make for a good platform which fills up all the gaps currently present in Indian online poker market,” says Amit.

As a game, poker lies in a strong grey area. However, within India itself poker has several connotations. As per the central government, poker is classified as legal expect for a few states like Telengana, Gujarat, Assam and Odhisha. As per Indian constitution, gambling comes within state subject and therefore the central act is applicable in all the states which do not have any particular gambling laws. Official licensing is also available for online poker rooms making online poker legal in India.

In August last year, the trio started MadOverPoker. The platform has two variants of poker - Texas Hold’em and Pot Limit Omaha. The platform has cash games running from stakes of Rs 0.25 or Rs 0.5 to as high as Rs 500 to Rs 1,000, along with a huge array of tournaments for small stake players as well as high-rollers.

Additionally, players who are short on money can also play free-entry tournaments and grow a bankroll for free. MadOverPoker is a mobile application as well as a website.

Players can choose to play using both real money and play money. A prospective player has to create an account on the website through a signup form.

The players can make an initial deposit through net banking, depending on the stakes for which they want to play, or the tournament they want to enroll into. MadOverPoker founders assure account details and any deposits made are safe and secure, and the team ensures adequate checks and balances.

Any amount deposited in a MadOverPoker account can be easily withdrawn, the founders say. Players can choose to play on the platform either through Instant Play (loads in the browser directly) or download the app.

Players can play the freerolls without depositing any money and still win real money. Should a player decide to withdraw his winnings, this can be done by raising a cash-out request.

“Our cash out process is easy and efficient and the request is always processed within the defined timelines,” says Amit. The team claims to have over 25,000 registered users and a month-on-month revenue growth of 130 percent in seven months.

The biggest challenge for any poker portal is the perception poker has in India. Amit says poker has been always looked as a game of ‘chance’ rather than one of ‘skill’. A large chunk of the Indian population still has prejudices against the game as it involves some sort of ‘gambling’.

Heavy competition in the Indian poker market makes for another challenge for any new online poker portal. “All these challenges were encountered in the early days of MadOverPoker as well, but a clear vision, industry knowledge and understanding of customers in the market has helped MadOverPoker capitalise on its hand,” says Amit.

The Indian online poker industry is currently pegged at $120 million. According to a report in The Economic Times, over 50,000 people play poker online on homegrown platforms such as Delta Corp’s Adda52 and Poker-Baazi. Mumbai-based Spartan Poker also has a significant presence in the market.

The MadOverPoker team lays emphasis on designing the offerings and bringing in something new and innovative for customers. Amit says the company had several tournaments, and with easy cashing in and out, the platform has gained popularity.

“Playing poker on MadOverPoker is legally permissible in India, and is compliant with the laws. We have maintained tax deducted at source policies as per government guidelines and our personnel have the skills and exposure to handle compliance norms and better the product, without sacrificing one for the other,” says Amit.

In the coming year, MadOverPoker aims to grow exponentially by acquiring new customers, developing more unique offerings in terms of financial dissemination, and implementation of the games.

“We want to keep the traction going as it has for the past five months. Once we’re well established and funded, we know we can set the standard for the Indian poker community and keep up with the international standards online poker,” concludes Amit.